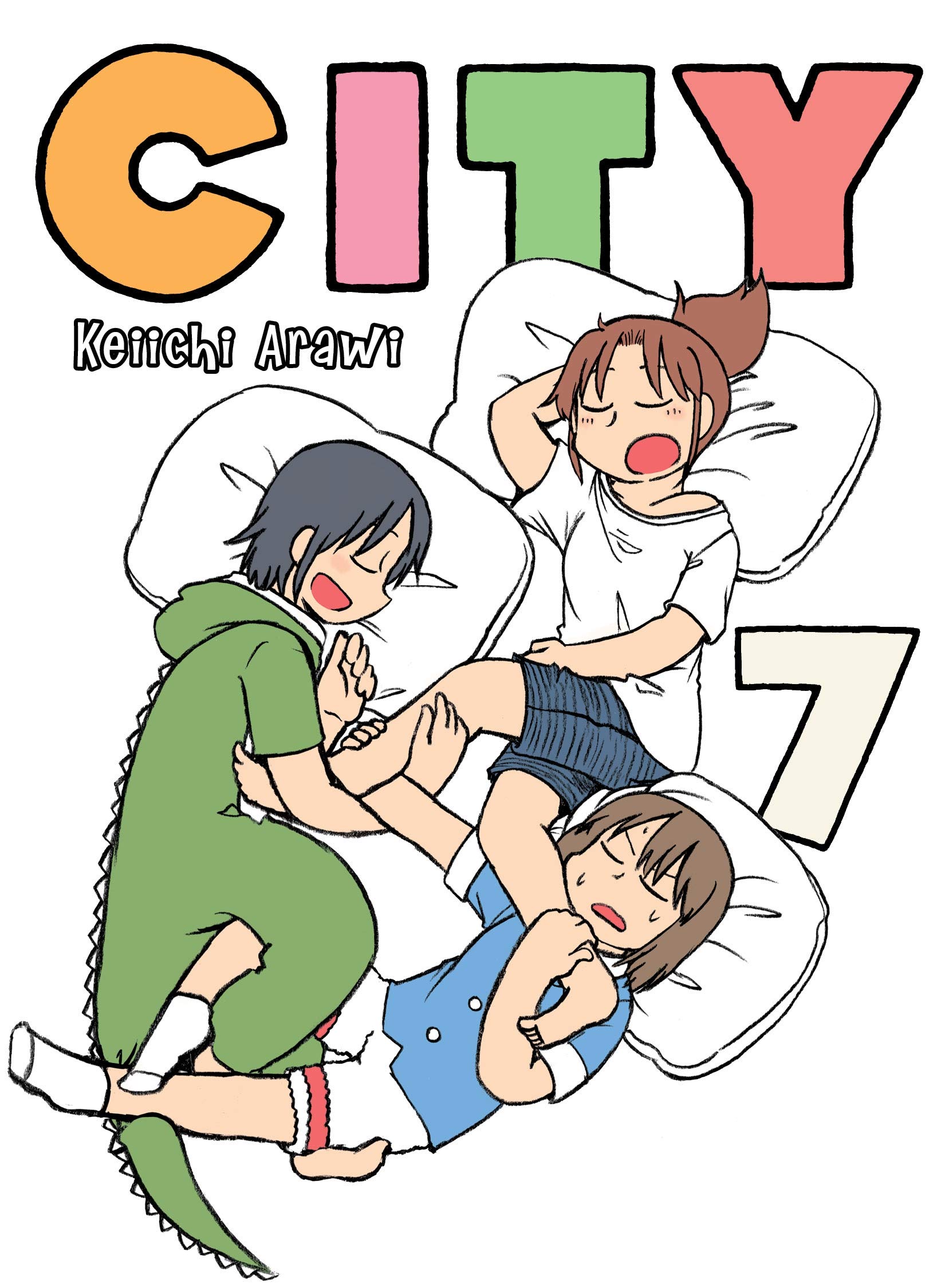 I’ve said it once, and I’ll say it again: Keiichi Arawi is a comic genius. Although he may have gained popularity with his series Nichijou (alongside its anime adaptation by Kyoto Animation), it’s in his recent work CITY where he has hit his true stride. The jokes hit hard, the art style is breathtaking, and it basks itself in rays of unpredictability. This is ever-so obvious in the seventh and latest volume of CITY, where almost anything can happen!

The theme of conquering the summertime break plays heavily in this volume, with the City Three Crows attempting to rekindle their youth with a beach vacation. As the time for her to move draws nears, Ecchan makes plans with her best friend Matsuri to spend every day making everlasting memories until it’s time to go. Nagumo attempts to evade hearing ghost stories, whereas Niikura battles her midnight snack-eating demons. Also, it appears a big race is about to unfold very shortly.

What makes CITY such a joy to read is its means of delivering a punchline. You know one is coming, but you don’t exactly know when and where it’ll lay a comedic knuckle sandwich in its readers’ eyes. But when it connects, the amount of hilarity it results in is unlike anything anyone’s ever seen. From bad weather making a vacation worse to nonstop customers in a Western-styled family restaurant, Arawi goes to great lengths to get as big of a laugh as humanly possible.

One of the finest examples of CITY at its best lies in a chapter involving a test, with a student having trouble taking it. One-by-one, all of the other classmates attempt to help her, elevating a plan’s craziness with each person. What makes it so funny is that the conversations are so explosive, yet everyone is whispering to not gain the attention of their teacher. It brings to mind the funeral argument scene in The Other Guys, only executed with more insanity than even Will Ferrell or Mark Wahlberg could conjure up. The final panel...well, let’s just say that it takes the wind out of everyone’s sails in the funniest way possible.

There is no denying just how fantastic CITY is. Although Arawi’s past works will probably be remembered more, it’s very evident that the stories and characters here in his latest manga far exceed what he’s done previously. One can only hope that Arawi goes full-blown bonkers with this mysterious two-person team race in the next volume. Knowing CITY, we may just be in for one visually stunning and cuckoo crazy competition!