HomeComics/MangaMANGA REVIEW | "An Incurable Case of Love" - Volume One

MANGA REVIEW | "An Incurable Case of Love" - Volume One 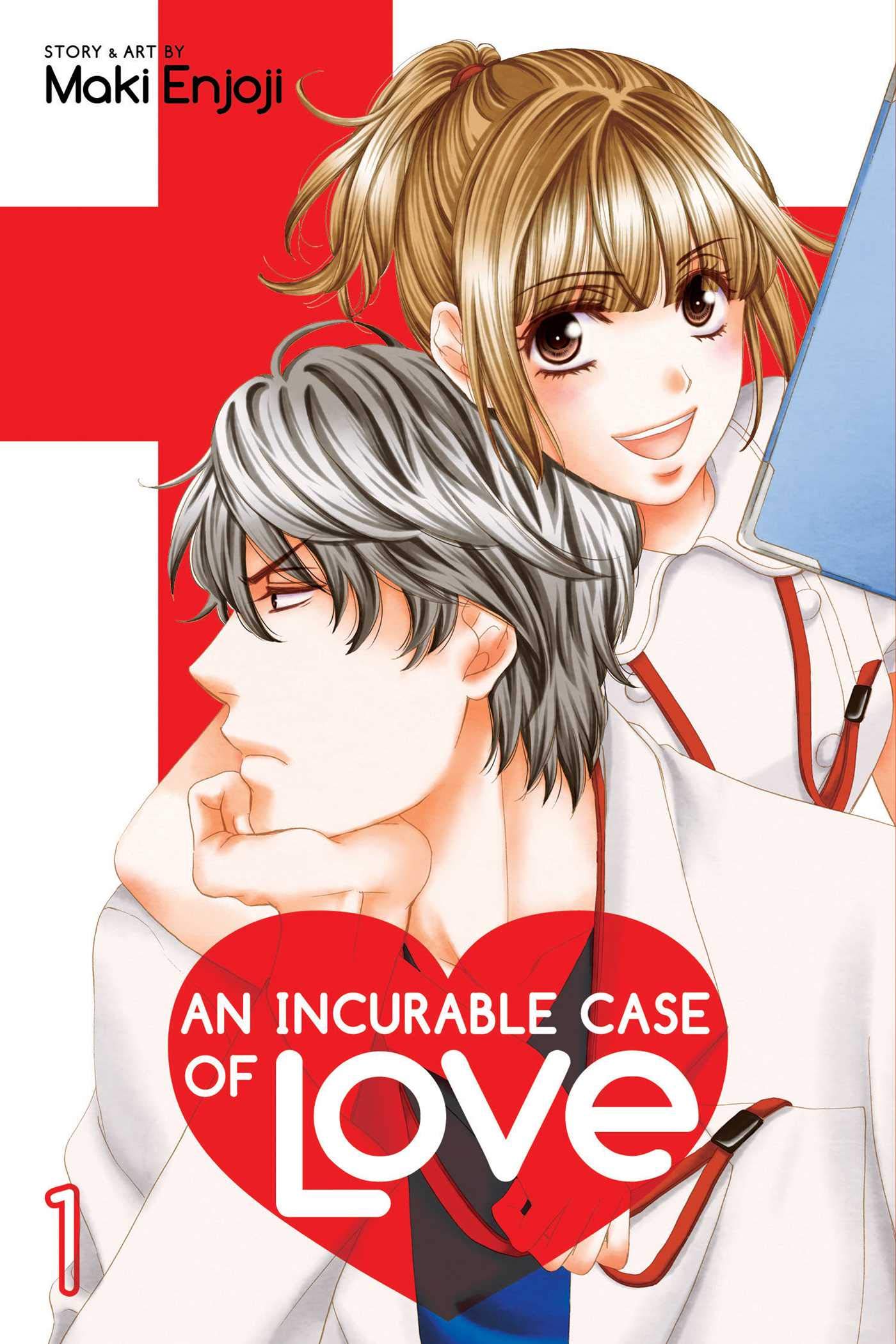 MANGA REVIEW | "An Incurable Case of Love" - Volume One

I’ve watched enough Grey’s Anatomy to know that romance and doctors normally don’t mix well. (Okay, I’ve only seen the commercials, but you get the entire plot of the show just by watching those!) So of course someone in the manga circle needs to go about and try to mix some rom-com hijinks within a hospital. That person is Happy Marriage?! creator Maki Enjoji, who is switching out corporate ties for medical scrubs with her latest series An Incurable Case of Love.

The focus on this manga is on Nanase Sakura, who finds herself aiding a suave doctor after witnessing someone pass out on the street. Five years later, Nanase has completed medical school, and has found her dream prince at the hospital she works at. Just one problem: Dr. Kairi Tendo is a Dr. Cox-sized hard-ass. Soon her fantasy of finding her man crumbles under her feet, as she struggles to work alongside him and deal with his high demands. 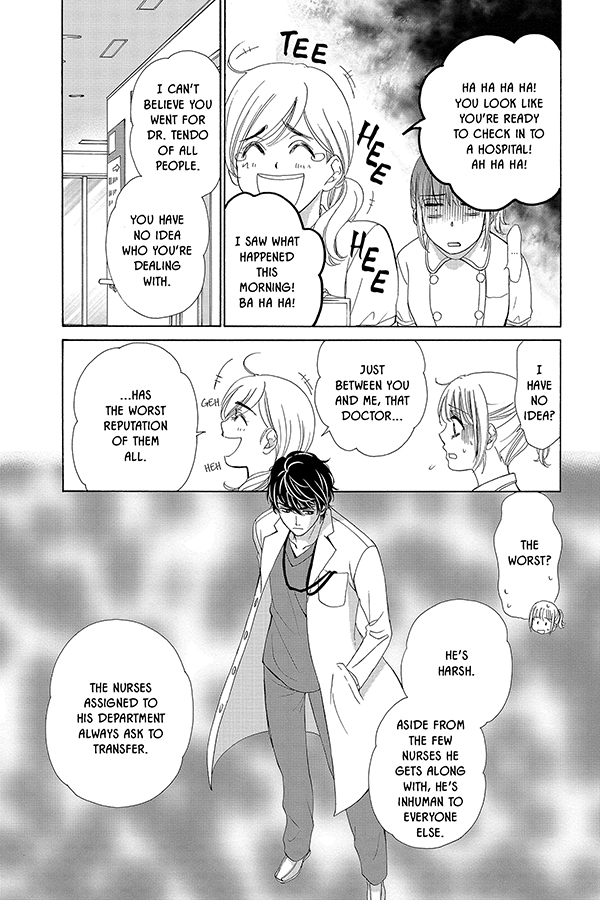 An Incurable Case of Love starts off on a pretty good foot, as it shatters Nanase’s impression of Dr. Tendo. Instead of going through the usual rom-com motions, it places a giant road block towards Nanase’s goal. She quickly realizes that going to med school for five years just to reunite with a guy might not have been a smart move, even if it takes a big brain to even get in to such an academy. Watching as Nanase goes through the motions to just do her job properly is pretty funny, especially when she finds herself witnessingTendo in nice guy mode.

There are some fun aspects when it comes to Dr. Tendo, as well. The way he switches between being a kindhearted doc to a jerky coworker on a dime is very entertaining. It’s when he finds himself having to help Nanase where these moments shine the brightest. One moment, he’s carrying her to bed when she’s sick; one page later, he’s dropping her violently on the bed with a DGAF-looking grimace on his face. However, he does often show that he cares for Nanase, especially when it comes to dealing with a harassing patient. 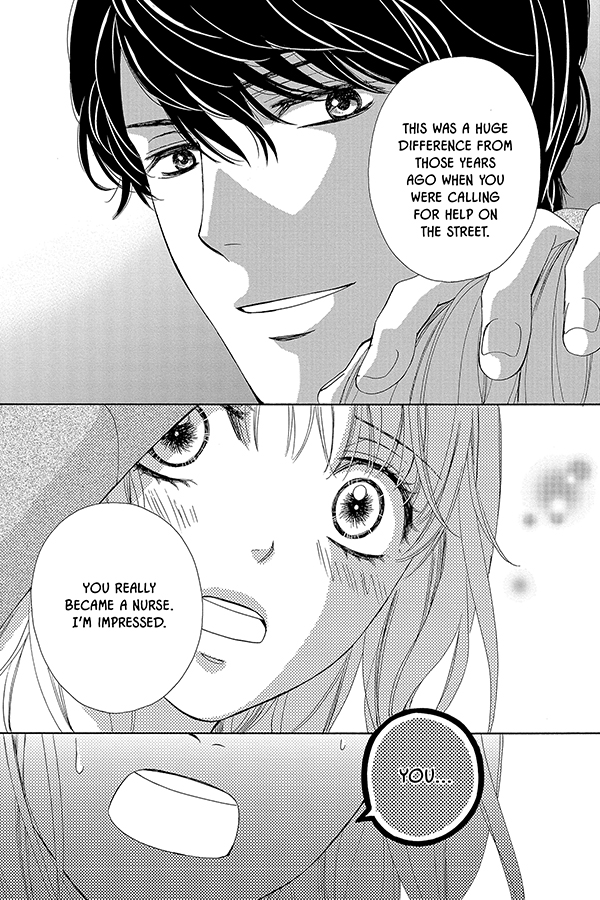 It’s when the story adds a serious tone to the rom-com elements when the manga begins to shine. In its first volume alone, there are two stories that showcase this perfectly. One chapter involves a kid in pediatric care that’s itching to leave; another deals with a patient who has a serious illness. While I don’t want to spoil it here, these two stories find a way to demonstrate the kind of hearts that both Nanase and Dr. Tendo here, with the doc having a stronger conviction than the newbie nurse. Still, how they deal with these situations together presents the characters in a very relatable light.

From an artistic perspective, An Incurable Case of Love looks as good as any of the top-tiered shojo manga out there. The characters are very expressive, and the settings that they’re drawn into blend very well within the surroundings. Enjoji has a great knack for drawing some beautiful characters and worlds, not to mention the way she combines them with the more comedic parts of the story. While there are plenty of shojo manga whose art style can be compared to this manga, Enjoji nevertheless adds her own uniqueness to the people in her story. 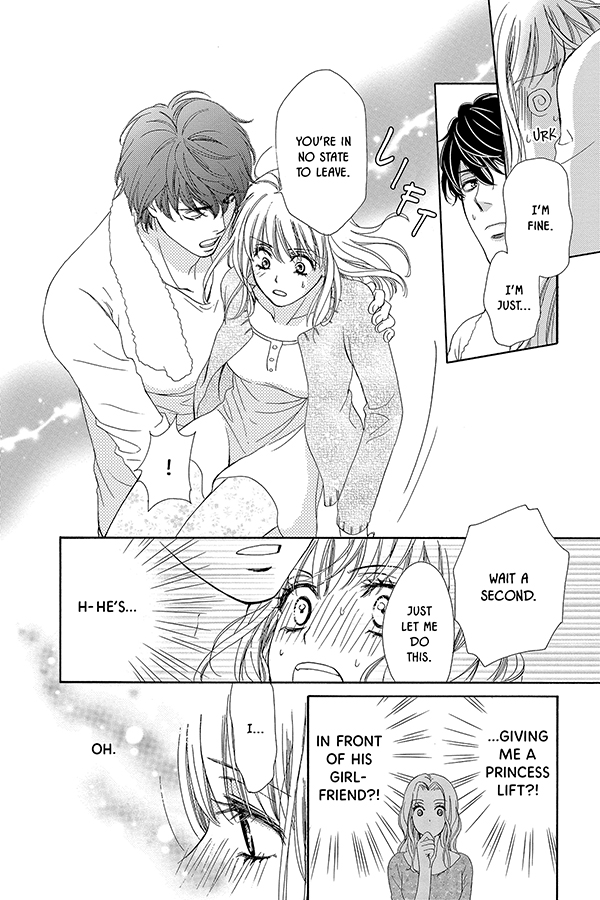 An Incurable Case of Love is surprisingly well-rounded throughout its first volume. Despite a questionable action that occurs in Chapter Five, the chemistry between Nanase and Dr. Tendo demonstrate that they’ll have plenty of chances to get on each other’s nerves. Will love actually blossom between them? Who knows. One thing’s for certain: An Incurable Case of Love has the makings of being one entertaining shojo series, even if Nanase is currently no Superman when it comes to the tougher parts of working in a hosptial.