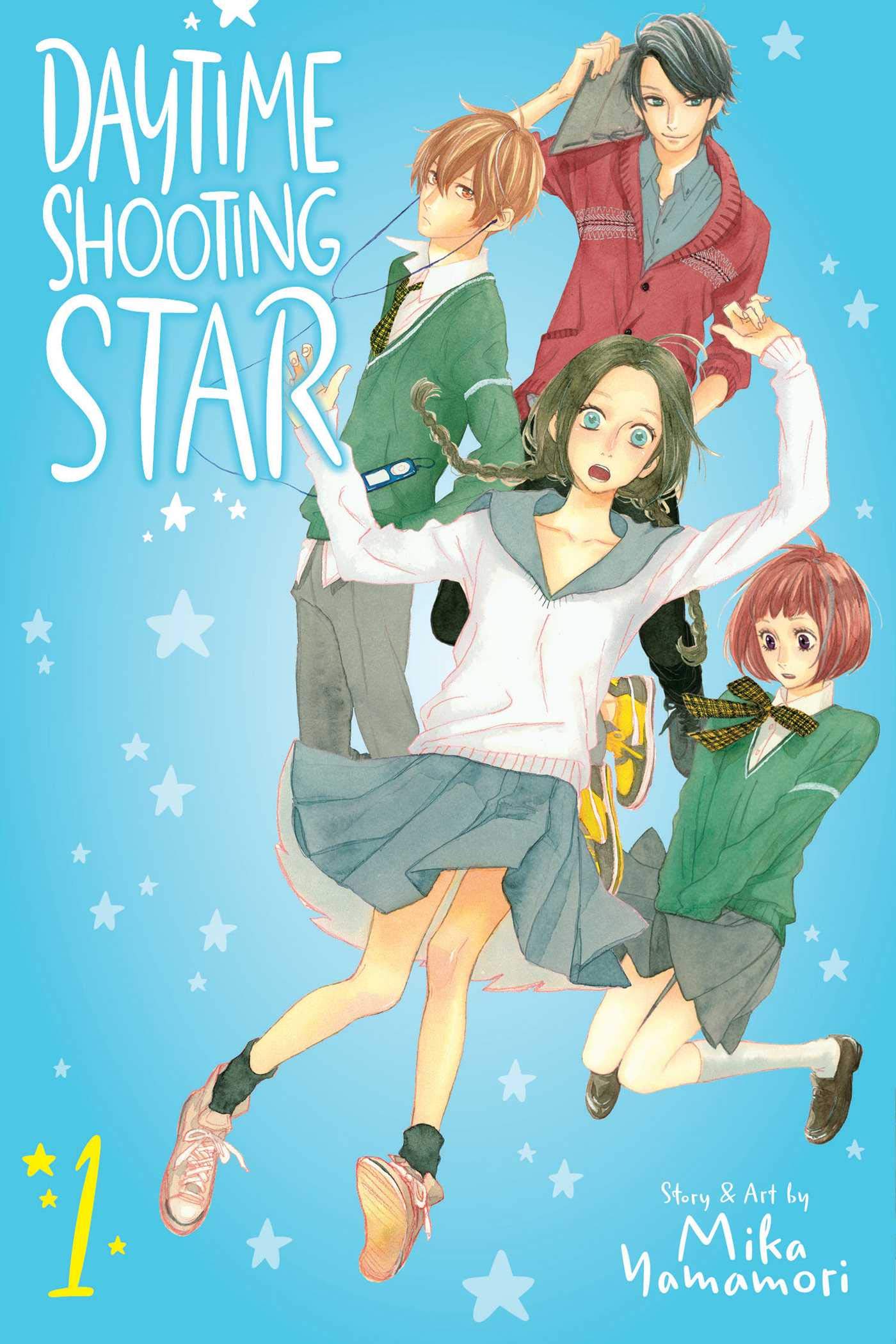 Going from the countryside to the big city can be quite jarring. Just ask Susume Yosano, the main focus in Mika Yamamori’s manga series Daytime Shooting Star. As her simple life is tossed aside for a new start in Tokyo, her understandings of how the world truly works goes against the grains of her upbringings. Fortunately, she has plenty of new faces in her corner, as well as a discovery of new feelings that have never materialized until now.

In the first volume of Daytime Shooting Star, Susume is whisked away from the countryside after her parents move to Bangladesh. Her Uncle Yukichi becomes her new watchful eyes, but messes up his guardianship duties when he forgets to pick her up. That’s when one of the regulars at Yukichi’s comes to Susume’s rescue, and brings her to his abode. When she arrives at school for the first time, she discovers that the kind stranger is none other than her homeroom teacher Shishio-san. 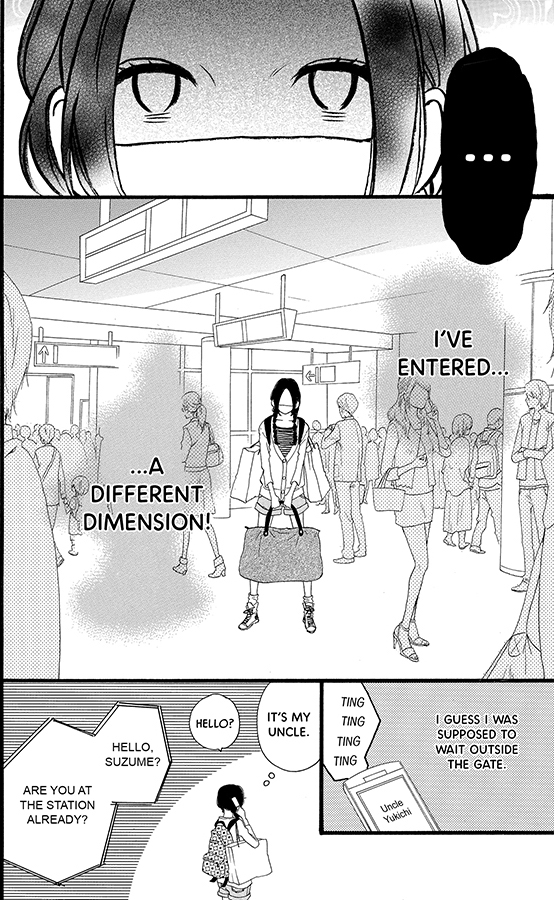 Susume’s attempts at making friends is shaky at best, with her finally getting her neighboring desk mate Mamura to agree to be her friend. She promises to keep it a secret that he’s awkward with girls, which riles up her classmate Yuyuka to the point of tricking her into sending her to the wrong place for a group outing. But as the days go on and the struggles slow down, Susume slowly gets accustomed to her new surroundings. The big question is whether or not she’ll understand what’s going on in her heart at the moment.

What I like about Daytime Shooting Star is how Yamamori takes her time with getting her protagonist used to her new life. Never does it feel like the character development pacing quickens for the sake of moving the plot along, which usually results in a story with some shaky ground. Here, Susume takes her new life one day at a time, which often places her into situations that would make any newcomer question a bit about the hows and whys of the city life. For the most part, it’s all presented well and humorously, with some of Susume’s comedic deadpan faces looking reminiscent of Hikaru Nakamura’s Arakawa Under the Bridge cast of crazy folks. 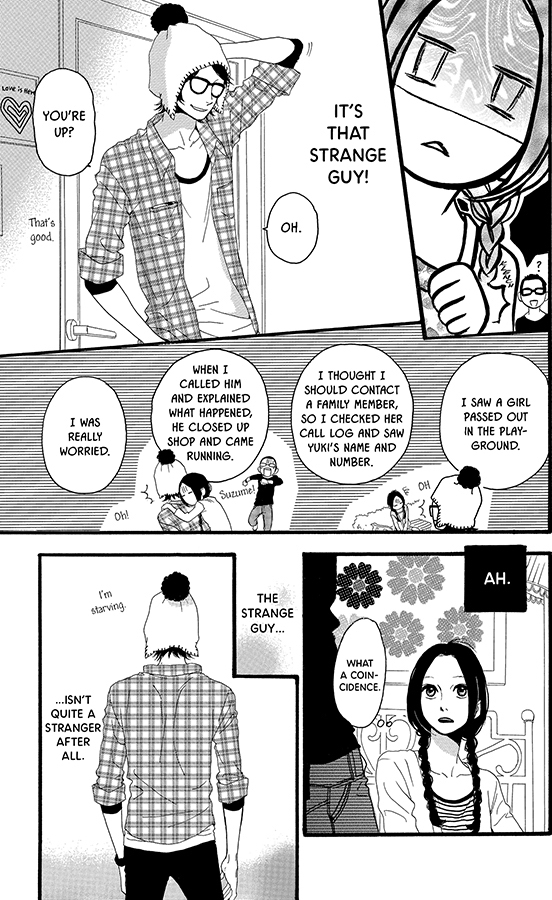 With that being said, despite the pacing being pretty good, there really isn’t much of a draw right now that helps Daytime Shooting Star stand out from the rest of the shojo pack. The artwork is good, and the characters are mostly likable, but it isn’t doing much to make it shine like the shooting star Susume saw as a child. Perhaps it’s Yamamori’s way of getting some footing for her characters, as she attempts to saunter Susume, Mamura, and Shishio into a love triangle sort of situation. And this brings up another problem, one involving student/teacher relationships.

A huge part of me hopes that the feelings that Susume starts to have for Shishio are one-sided, as these sorts of love stories can get awfully uncomfortable in the long run. While it appears Shishio is just a very good teacher with a noble heart, one hopes that Susume doesn’t pull anything stupid that’ll lead to some levels of awkwardness in the story’s long run. Granted, it’s attempting to create a bond of sorts between student and teacher in order for her to gain trust, but Susume’s newfound feelings may make these kind gestures from Shishio seem more than what it truly is. 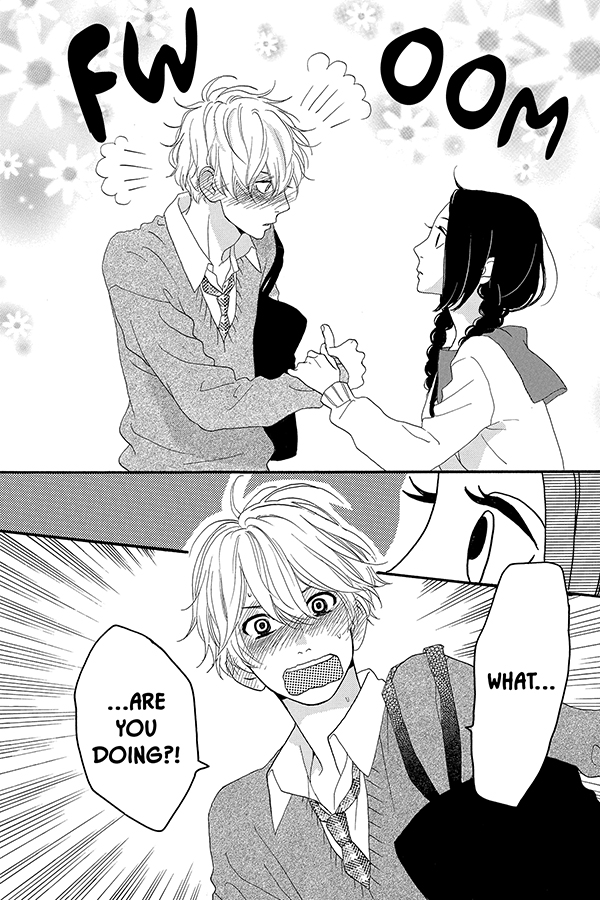 Despite some of its shortcomings, Daytime Shooting Star has some potential for greatness. It’s good to see its story paced in a more down-to-earth way, but it needs to find a path that will keep it from being the same ole shojo love story. Its humor is a good way to do just that, so here’s hoping that Yamamori balances the laughs and drama in future volumes.