HomeComics/MangaMANGA REVIEW | "Arakawa Under the Bridge" - Volume One

MANGA REVIEW | "Arakawa Under the Bridge" - Volume One 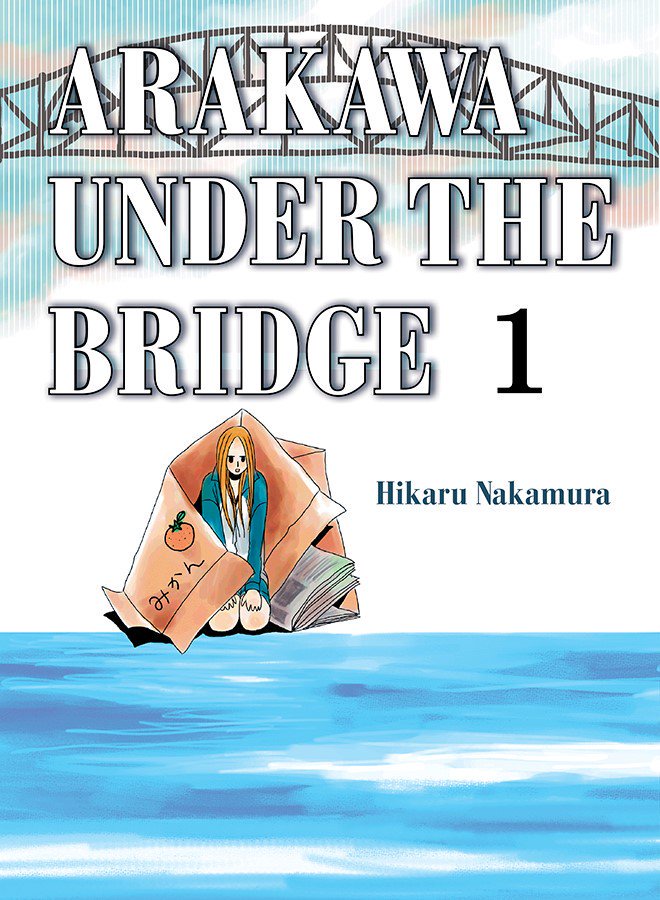 MANGA REVIEW | "Arakawa Under the Bridge" - Volume One

Imagine going nearly all your life never having to owe anybody a favor. Just when everything's about to come up roses, karma literally pants you and forces a debt of gratitude into your well-being. When you come face-to-face with the individual that lent you their hand, you quickly see that not only are they not quite right in the head, but neither are the folks that they surround themselves with every day. Such an occurrence happens to Kou Ichinomiya, the silver-spooned protagonist of Hikaru Nakamura's manga series Arakawa Under the Bridge.

Kou lives with his family motto "Never owe anyone" literally marked all over his tie, but his mannerisms get the best of him when a bunch of kids steals his trousers and throws them high above the bridge. As he attempts to grab them, he slips and falls into the water. When he comes to, he finds himself rescued by a strange homeless woman named Nino, who claims to be from Venus. Realizing that he owes her -- which in itself causes an asthma attack -- Nino asks for one thing of Kou: "Could you help me fall in love?" 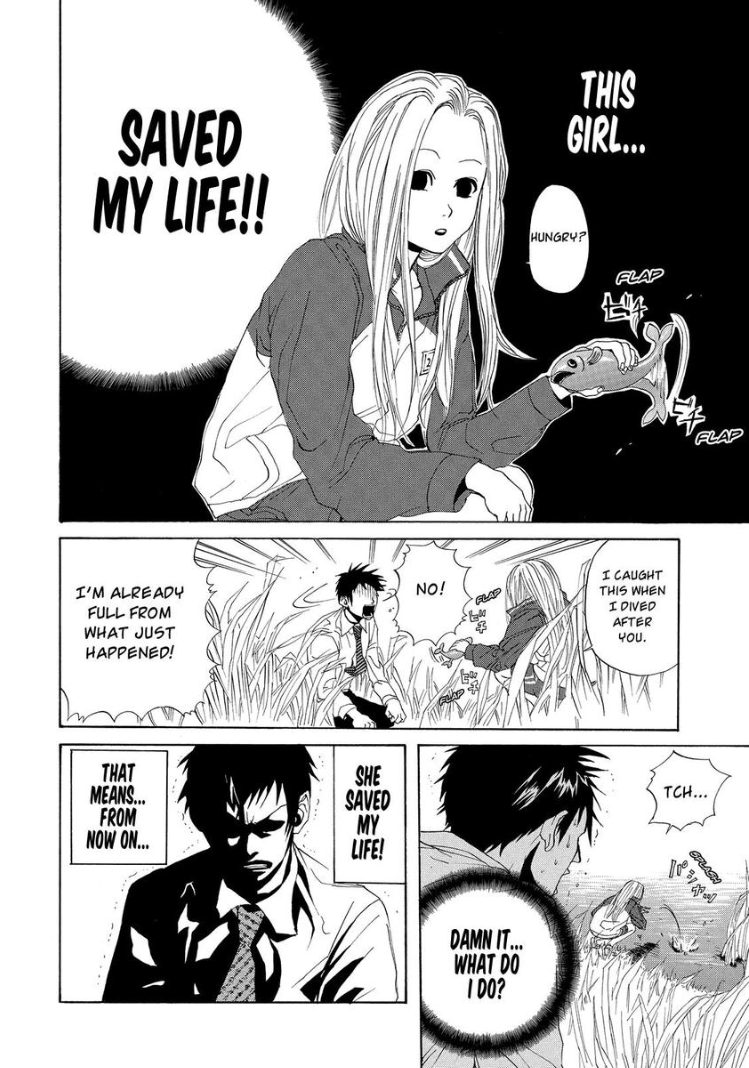 From there the rich Kou is forced to take residence along the Arawaka river bank, as Nino will literally forget him if he doesn't stay put. He moves to the top of one of the bridge pillars and crafts a sort of apartment complex out of it. Soon he comes across the other residents of the river bank, including the kappa mayor who gives Kou the new name "Recruit," a star-headed guitarist who's madly in love with Nino, a gun-totting preacher donning a nun costume, and a clumsy gardener with the talent to grow the tastiest veggies anyone can ask for. With these new folks in his life, common sense goes bye-bye as Kou tries to grip whatever sanity is left in his surroundings.

Nakamura has a knack of crafting unpredictable characters, and it's easy to feel engulfed by the many personalities in this first volume. (Truth be told, Vertical Comics has decided to print the first two Japanese volumes as one in the U.S.) It's how these strange people are presented that makes Arakawa Under the Bridge a hoot to read. Whether it's the kappa constantly trying to prove he's not a human in a bad costume or how Maria berates the priest Sister to the point of his old wounds reopening to a bloody mess, there's a whole lot these characters bring to the table that will make you laugh hysterically. 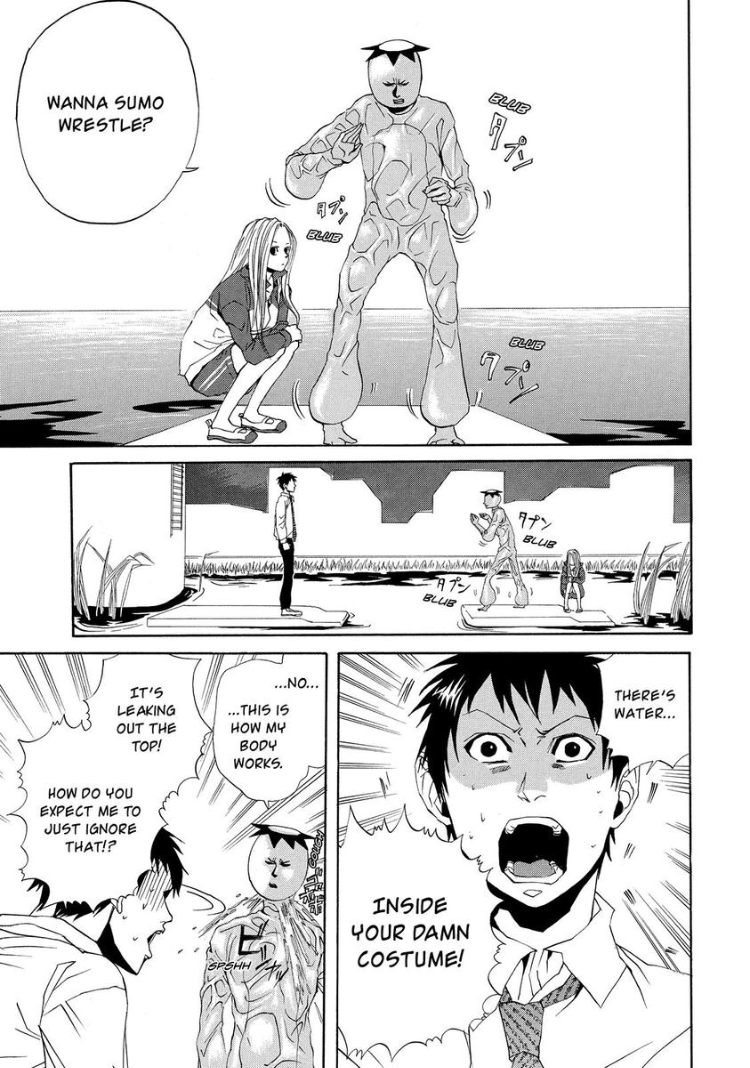 That doesn't even go into the visual gags that this series loves to throw at its readers. How Nino sleeps, the reaction from Hoshi when Kou reveals he and Nino are a couple, and P-Ko the gardener falling for her own banana peel gag are just a handful of the amounts of sightly silliness that this manga showcases. Yet despite its nonstop goofiness, the interaction between Nino and Kou has a lot of sweetness bellowing from below and above the grassy river bank. One highlight is Kou's attempt to take Nino out for a first date, resulting in misunderstandings, proper personal space etiquette, and a strong understanding of the romantic mindset both characters have.

I'd be lying if I said that Arakawa Under the Bridge is for everyone, as some people may be weirded out by the characters alone. With that being said, this is one manga series that knows how to deliver some of the most unexpected punchlines and gags imaginable. Heartfelt, original, and downright silly, the tale of Kou and Nino is a rom-com that spills comedic gold off nearly every page. 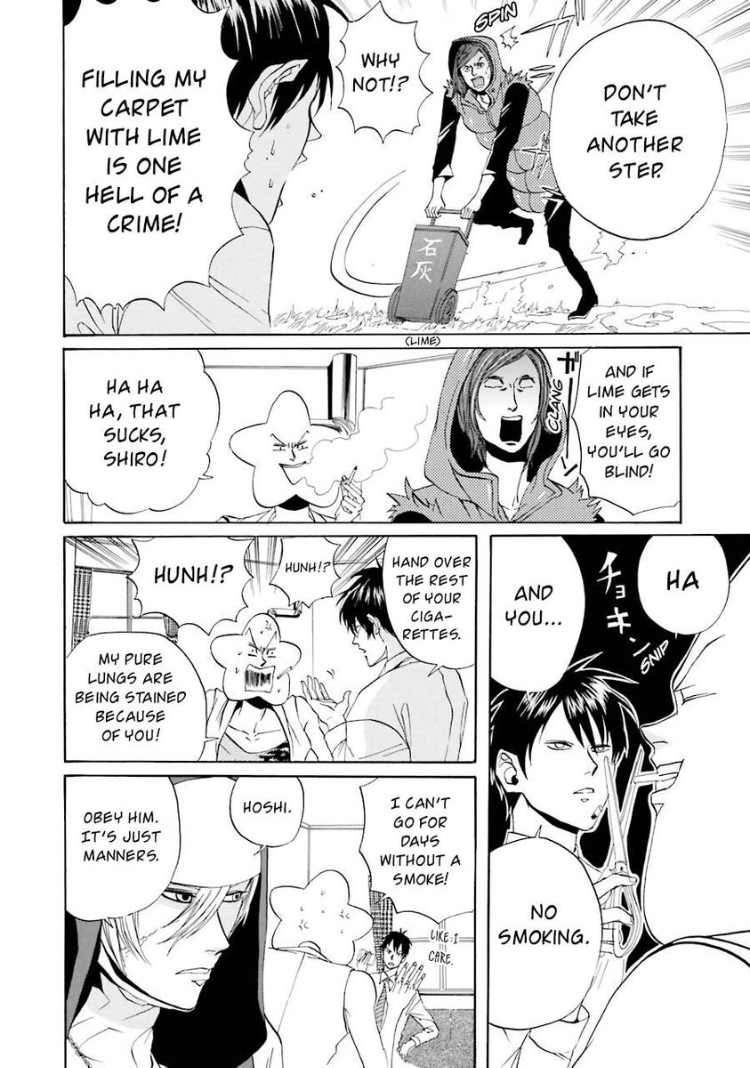 Background Noise: As You Were by Liam Gallagher - No, it's not a new Oasis album, so please get over that breakup. Instead the more outspoken of the Gallagher brothers delivers a surprising George Harrison-like sweetness to the likes of "When I'm In Need" and "Bold" in his first true solo outing. The folksy "Chinatown" is a big highlight on the record, with a handmade vibe present in both his vocals and guitar-playing. If one were in the mood to drift off along a nearby river bank, As You Were will add an extra dose of warmth to the experience.