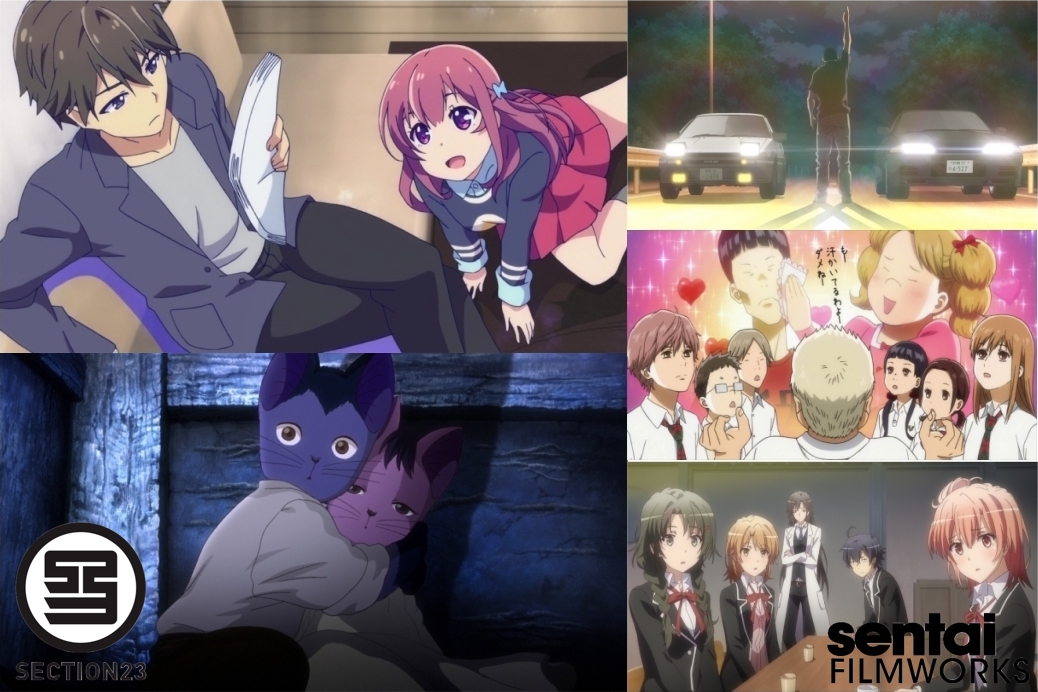 March signals the end of Winter and the start of Spring, meaning new releases from Section23 Films will be ready to bloom for anime lovers in North America. Voice acting, racing, and romantic comedy shenanigans are what await for those wanting to expand on their collection. 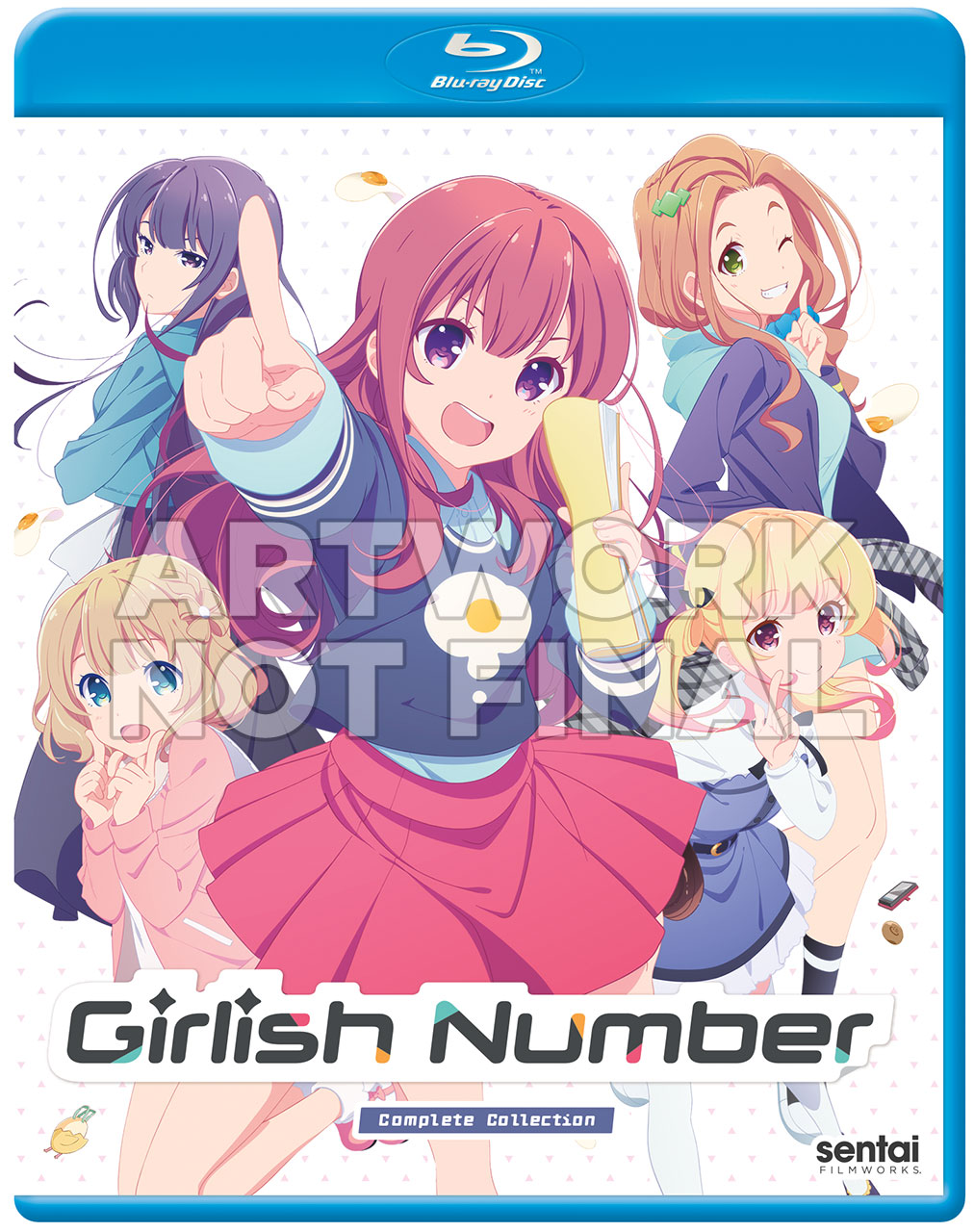 Enter the recording booth on March 6 with the Blu-Ray release of Girlish Number, a story about the trials and tribulations in the voice acting realm. Chitose Karasuma wants to be a famous voice actor, but her cute voice and looks can't hide her self-absorbed, inattentive, selfish, and lazy demeanor. While getting bit parts thanks to her sibling manager, Chitose dreams of landing the big role that puts her in the big time. Unfortunately, karma bites Chitose in the ass when her big chance finally arrives, mainly due to the producers being even more clueless than she is! Nothing goes right during production, the ratings are in the crapper, and swimsuit photos and live stage shows take priority over making quality programming! Can Chitose and her fellow trapped actresses turn things around and save their careers, or will they all go down with the sinking ship? 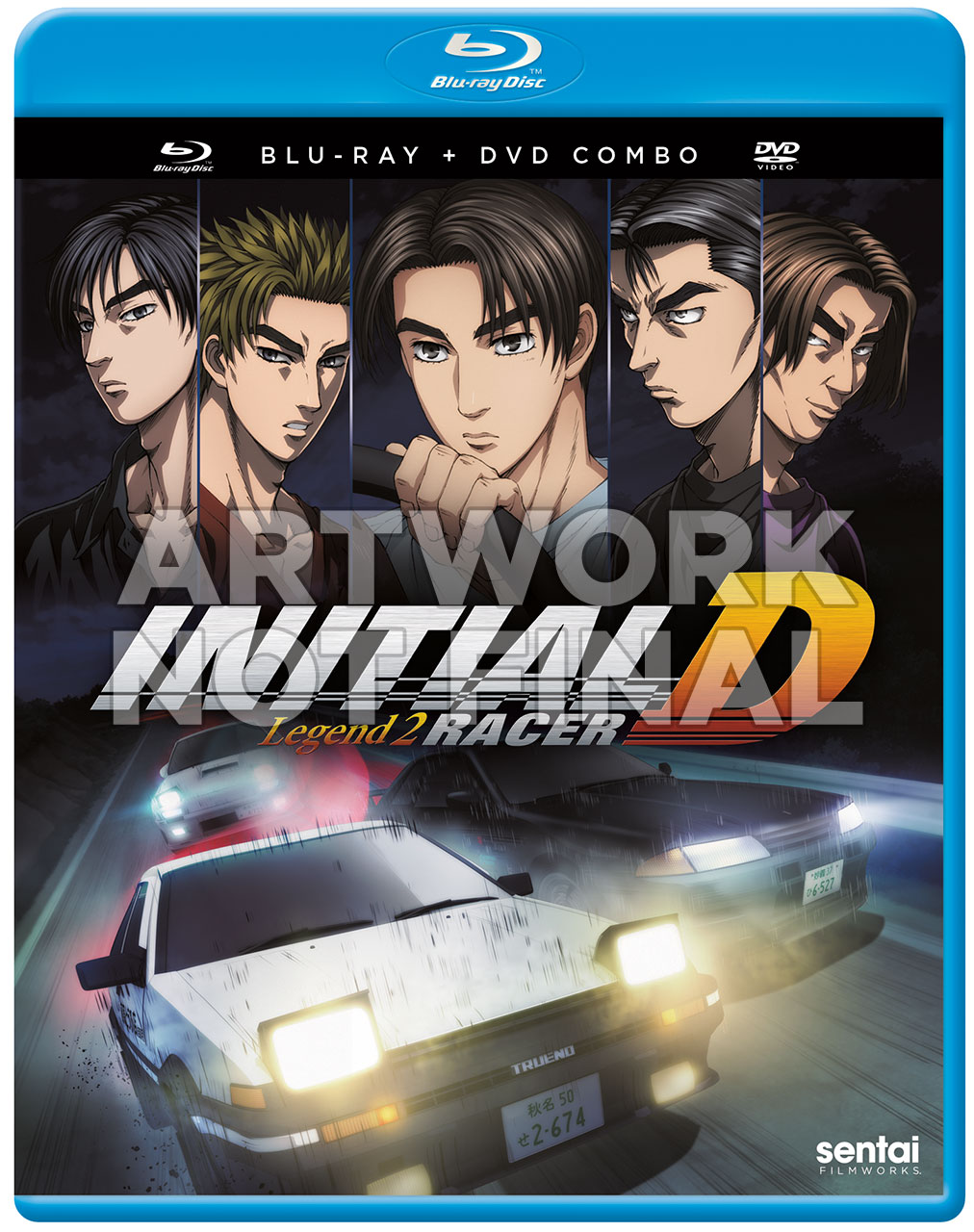 Jump into the driver's seat on March 13 with the second Initial D Legend film: Racer! Sometimes the only thing that beating a champion accomplishes is making you the next target for a long line of challengers, which is why Takumi Fujiwara's defeat of the RedSuns' Keisuke hasn't ended anything. Quite the contrary, it's only served to draw the delivery driver even further into the dangerous world of drift racing. Takumi's fate is sealed when his friend Itsuki accidentally accepts a challenge from Takeshi Nakazato, leader of the Myogi NightKids. Now it's a matter of honor, and Takumi will have to pit his gutter technique against the 4WD skills of a much more experienced driver! 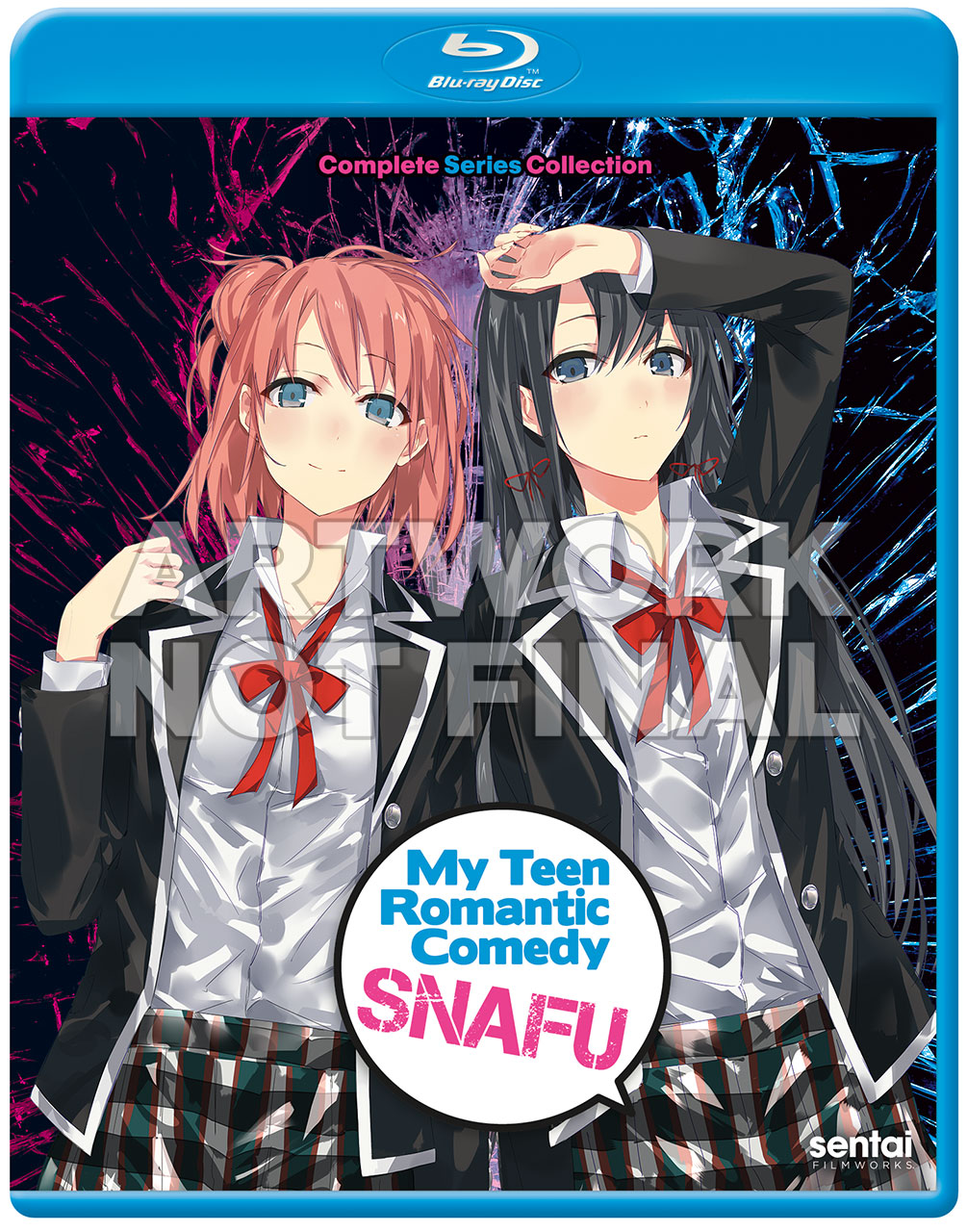 If racing is not for you, then March 13 will also deliver something more on the rom-com side of things with the complete collection of My Teen Romantic Comedy SNAFU! When the friendless and cynical Hachiman Hikigaya is coerced into joining the "Services Club" run by the smart egotistical beauty Yukino Yukinoshita, it's a catastrophe just waiting to happen. But it's not until the third added member, the happy cookie-lover Yui Yuigahama, is added to the combustible mix that the sparks really start to fly. Is this a recipe for romance or a prelude to a nuclear meltdown? Get ready for rom-com gone totally wrong as the barrage a trois of the Service Club is unleashed on an unsuspecting student body! 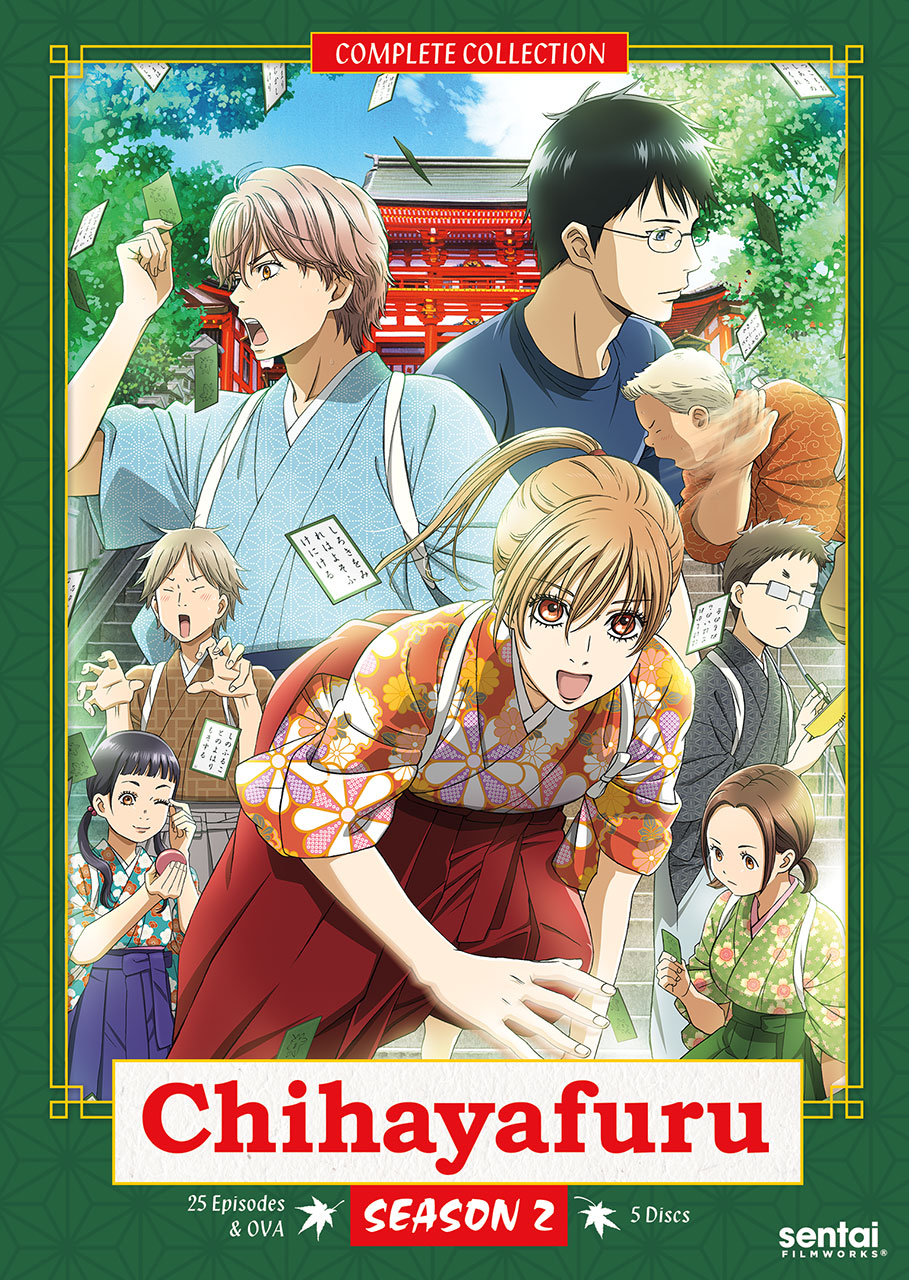 The cards are dealt once more on March 20 for the second season release of Chihayafuru! Chihaya's determination to become a master karuta player hasn't changed. However the team's focus switches to recruiting new members at the start of the new semester in order to keep their meeting space. While a number of students express interest, many are sadly unwilling to put forth the effort it takes to play on the level of the existing members. Enter Sumire Hanano, whose split with her boyfriend has her now eyeing Taichi as a possible new love interest. (Of course this doesn't please Chihaya one bit!) Now all the cards have literally & metaphorically been dealt, with the games really about to start! Season 2 of Chihayafuru will also include a limited edition box set release, which will include a special booklet and a keychain of Daddy Bear. 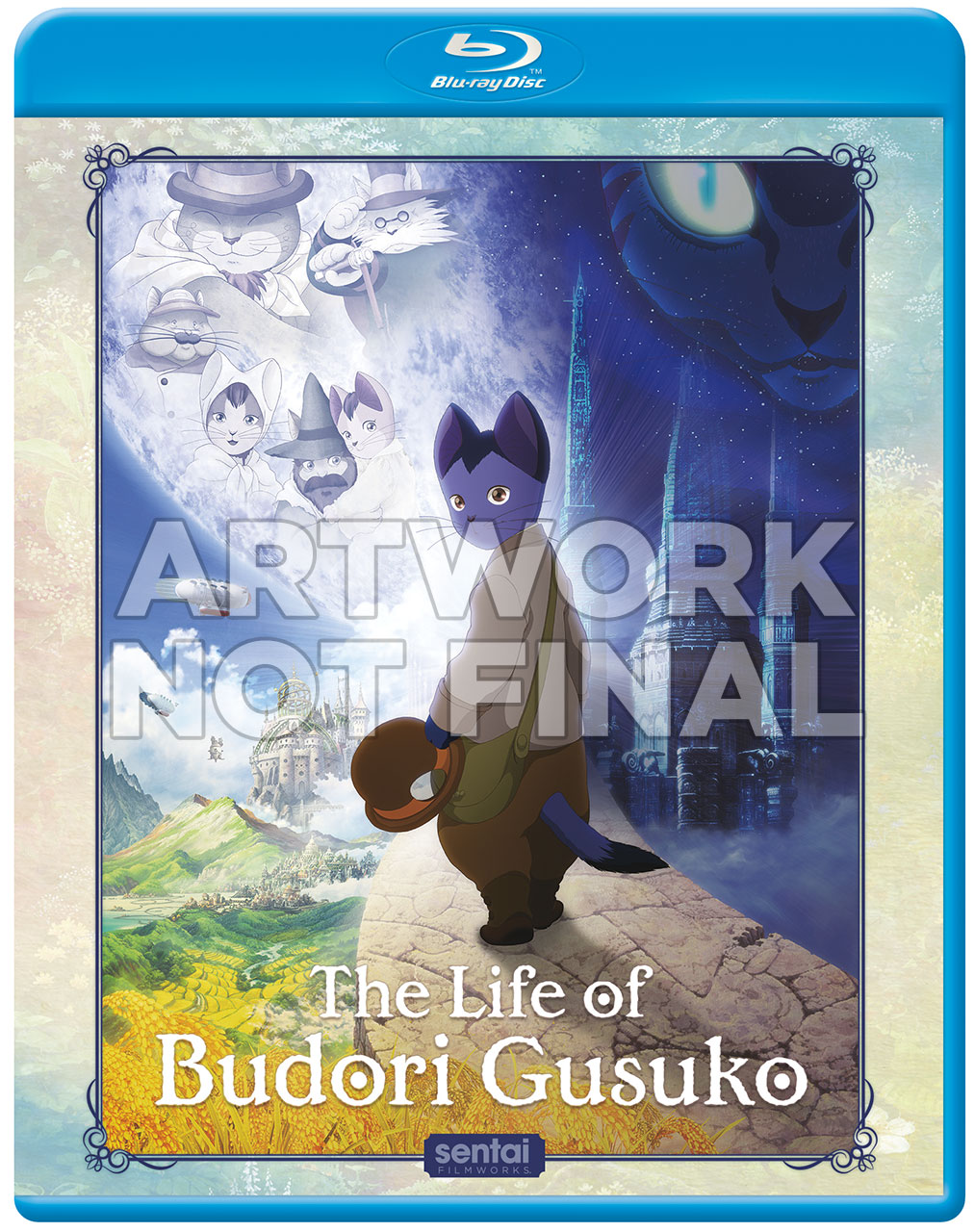 Lastly enter the world of talking cats on March 27 with the release of Kenji Miyazawa's 2012 film The Life of Budori Guskou. Budori's life was wonderful, living in the forest with his father, mother and younger sister. Then, the weather changed, the villagers he knew moved away, and tragedy stole his sister and parents from him. Forced to wander until he found another place to live, he again settled into a peaceful existence. However, history repeats itself, resulting in Budori losing everything and everyone once more. Now, as he's grown older, Budori has found a job with people who study volcanoes, and when the weather starts to change again, Budori must make the biggest decision of his life.