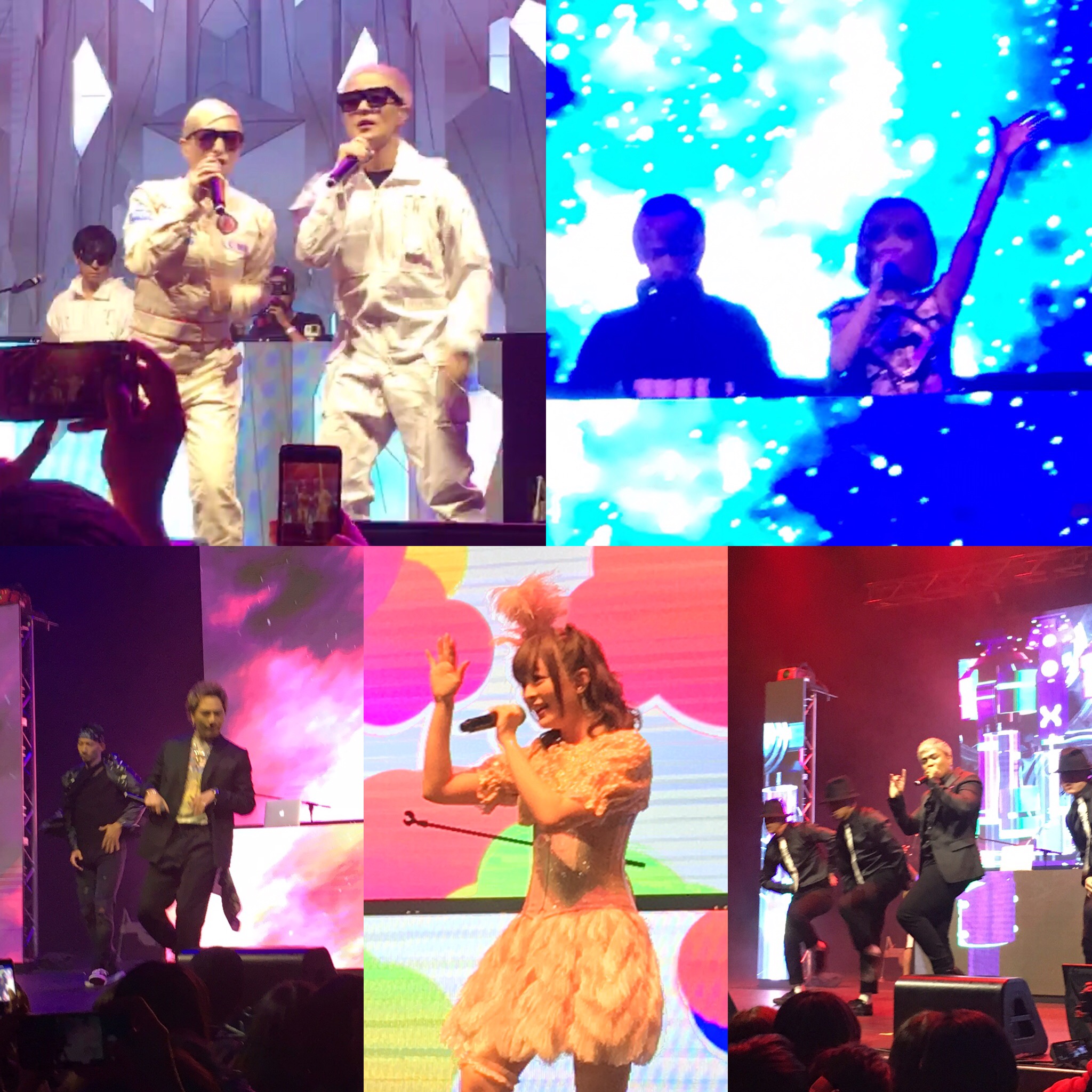 Like a mighty earthquake the floors of LA’s The Novo vibrated with violent ferocity last Wednesday, as some of Japan’s biggest acts took the stage for the second annual OTAQUEST LIVE. MC’ed by the headliner m-flo’s DJ Taku Takahashi (who co-founded OTAQUEST), the night delivered a massive who’s who of some of the most electrifying sounds from across the Pacific. If the 2 ½-hour showcase proved anything, it’s that thirsty listeners should get quenched by the J-POP scene! 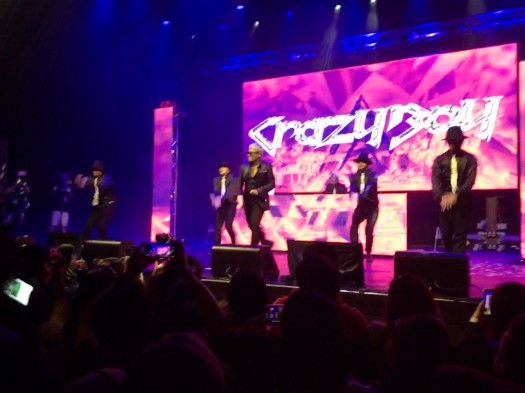 Opening the show with slick moves and vibrant raps, CRAZYBOY demonstrated why the former backup dancer should’ve always been in the spotlight from the beginning. With a four-team dance crew behind him, he swept the floor and dominated the stage with pizazz and attitude. This was greatly evident in his performance of “BO$$,” which had him storming his surroundings with a dangerous amount of confidence. He may have started the show off, but CRAZYBOY seems destined to headline in the near-future! 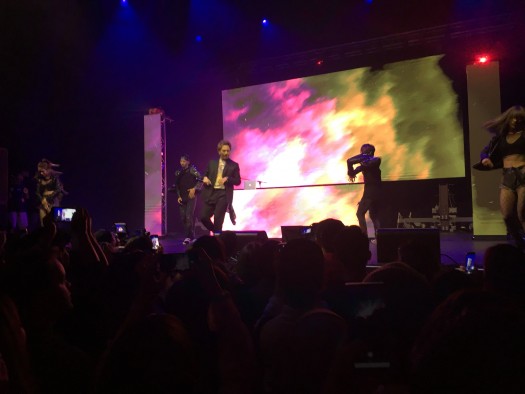 Similar to CRAZYBOY, next act Hiroomi Tosaka got his start with a bigger dance troupe. Now given the chance to go on his own, the Nova stage embraced his singing techniques and powerful moves. Coming off the success of his debut solo album FULL MOON and a big hit with the recent Detective Conan movie theme “Blue Sapphire,” Tosaka crafted a style that was familiar to the Western world but with a smooth Eastern twist. Though his set was only four songs long, Tosaka easily made his mark with the excited crowd. 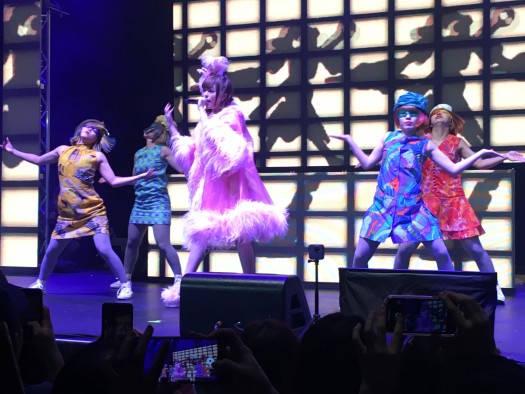 It was all about fashion and sweetness, as Kyary Pamyu Pamyu took the stage with enough sugar to put even Santa Claus in a diabetic coma! Diving into such gems as “Iyahoi” and “Fashion Monster,” the fashionista and her ninja-like backup demonstrated true kawaii pop flare with the brightest of smiles. Even just as trippy as the set were its backing visuals, filled with pterodactyls circling Tokyo Tower, a heart-eyed skull, and — for some reason during “Candy Candy” — a singing crowned onion. The overall tone may not have made much sense, but in the end Kyary Pamyu Pamyu managed to make even the coldest of hearts melt with her cheerful personality and catchy tunes! 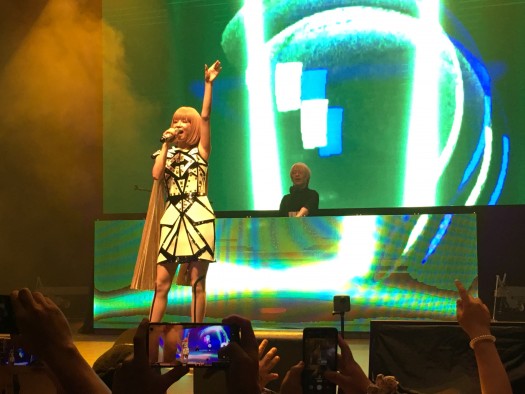 Perhaps the biggest surprise of the night went to Capsule, who made their American debut that night. Dressed in what can only be described as the greatest superhero costume ever, vocalist Toshiko Koshijima conquered the front while producer Yasutaka Nakata crafted one of the most heart-pounding and killer backdrops of the entire event! With the bass pumping throughout "Jumper" and the lights reaching heavenly brightness during "Starry Sky", Capsule delivered a stardust-covered performance that would put even deadmau5 to shame! (Note to the EDM world: this is how you make true techno magic!) 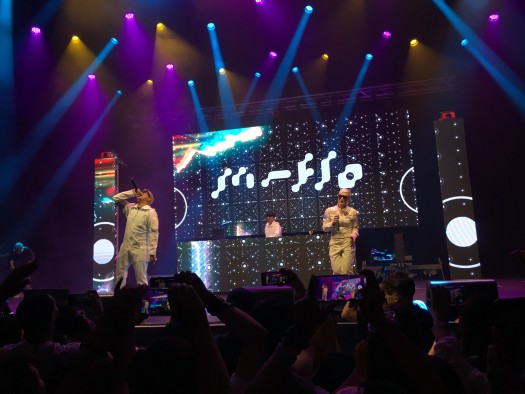 Lastly, it was time for m-flo to finally bring it home for their energetic fans. With LISA rejoining Verbal & DJ Taku, the trio demonstrated why they’re the true trip-hop rulers of the galaxy! Focusing on their newest EP Mortal Portal, m-flo showered the crowd with space aged beats and the illest rhymes since the Beastie Boys last got on the mic. A special treat was delivered with two songs so new, that they didn’t even have titles yet (one of which I would highly suggest calling “Space Hyena in Shibuya”)! As m-flo closed the night with a special remix of “No Question,” not only did they live up to their reputation, but they also proved again why they’re always five steps ahead of the rest of the Japanese hip-hop scene.

Though the sets were short, OTAQUEST LIVE demonstrated the fiery level the best of Japan has to offer. With The Novo filled to near-capacity that night, it was obvious that Los Angeles was in great need of some J-POP magic. If the crowd took anything from these performances, it’s that Japan knows how to throw one hell of a dance party! 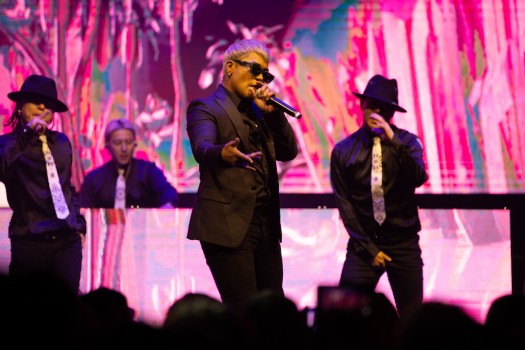 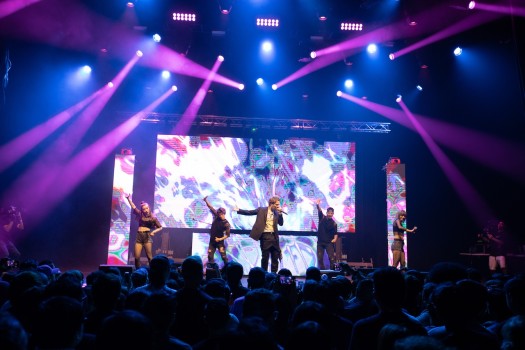 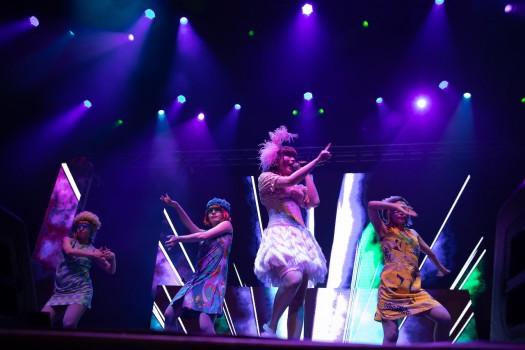 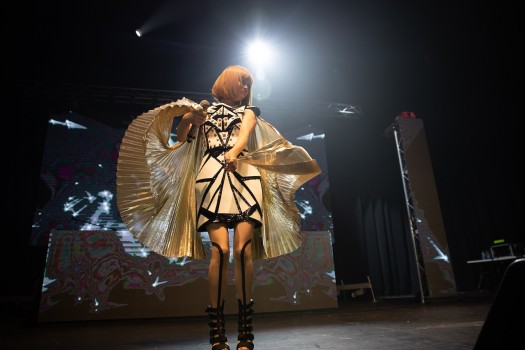 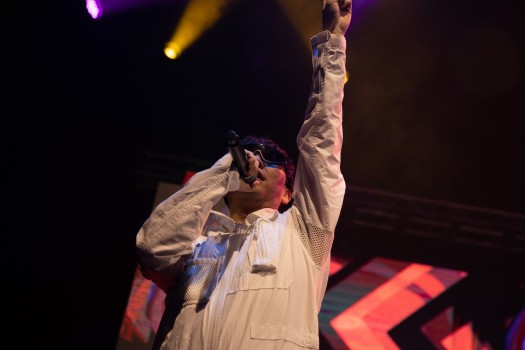