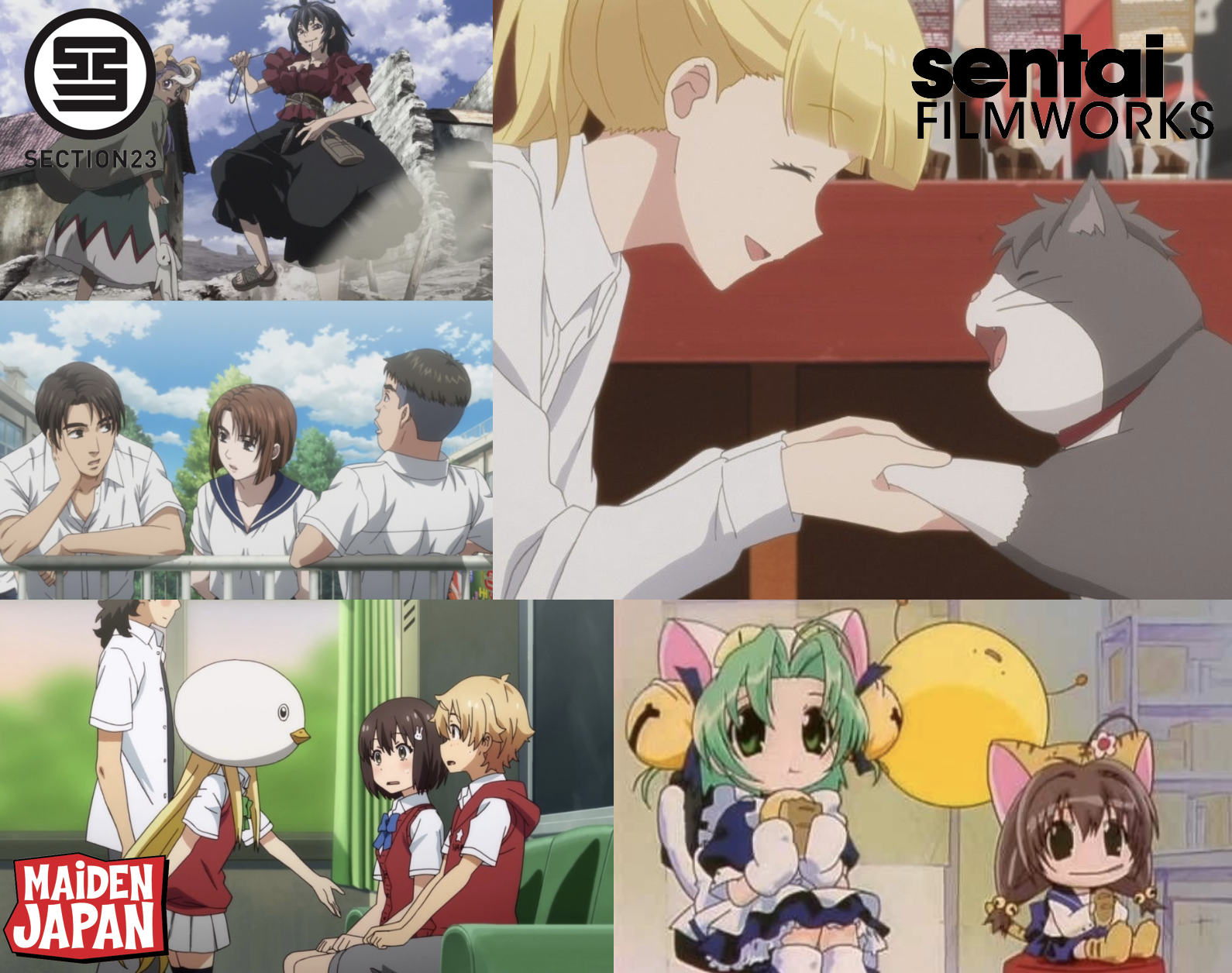 September may not usually be reserved for lovers, but an exception may be made thanks to what Section23 Films has in store for anime fans. Aficionados of art, photography, and even books are in full demand at the beginning of the fall season, and the folks at Sentai Filmworks and Maiden Japan have got just what you need! 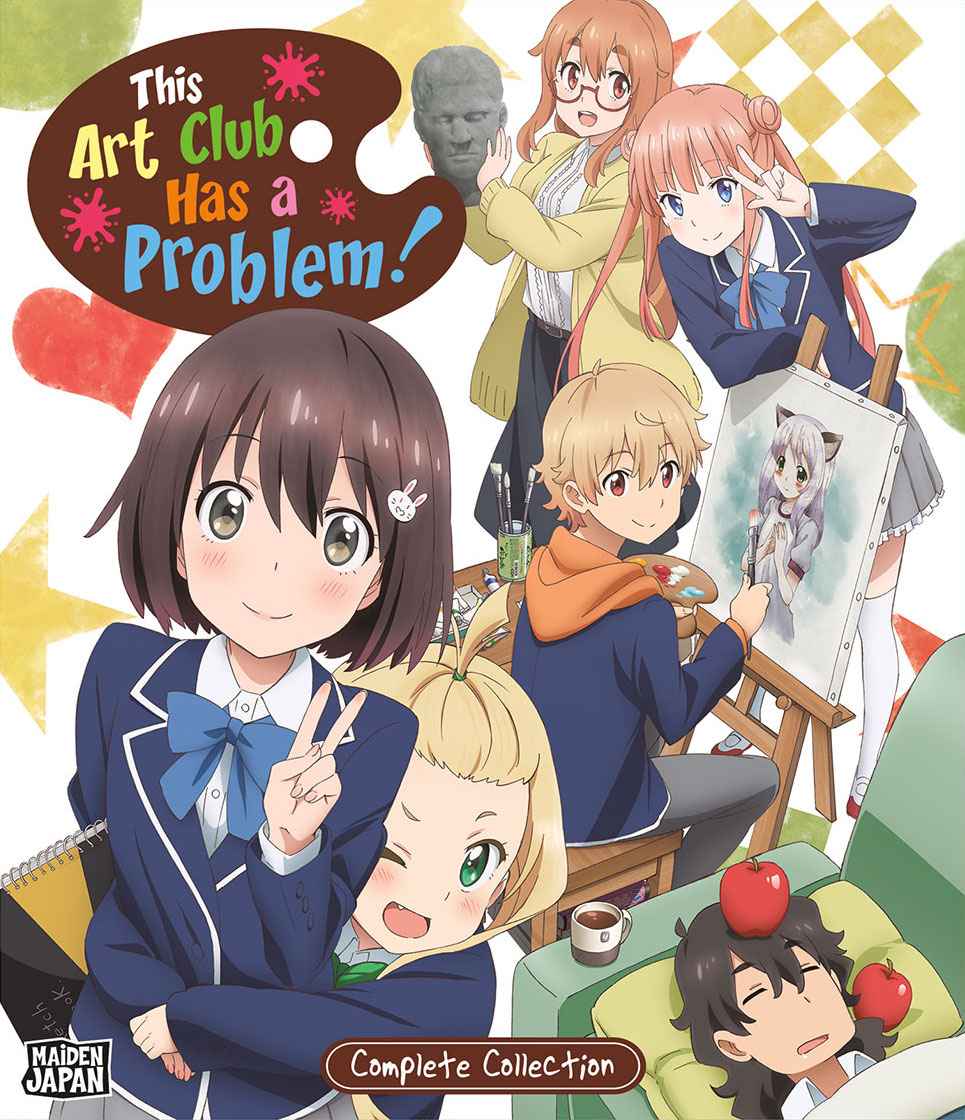 On September 3rd, the realm of painting is turned upside-down thanks to Maiden Japan's This Art Club Has a Problem! A totally ordinary art club at the totally ordinary Tsukimori Middle School. There, Subaru Uchimaki squanders his artistic talent on his true passion and life's mission: drawing the ideal "2D wife." Club member Mizuki Usami finds herself with a crush on the hopeless Uchimaki. The seemingly uninterested club president is always sleeping, but he keeps a close eye on Uchimaki and Usami's antics. Then there's the mysterious Colette, who's usually lost in her own little world. When this ragtag bunch gathers together as the Art Club, there's sure to be some problems... 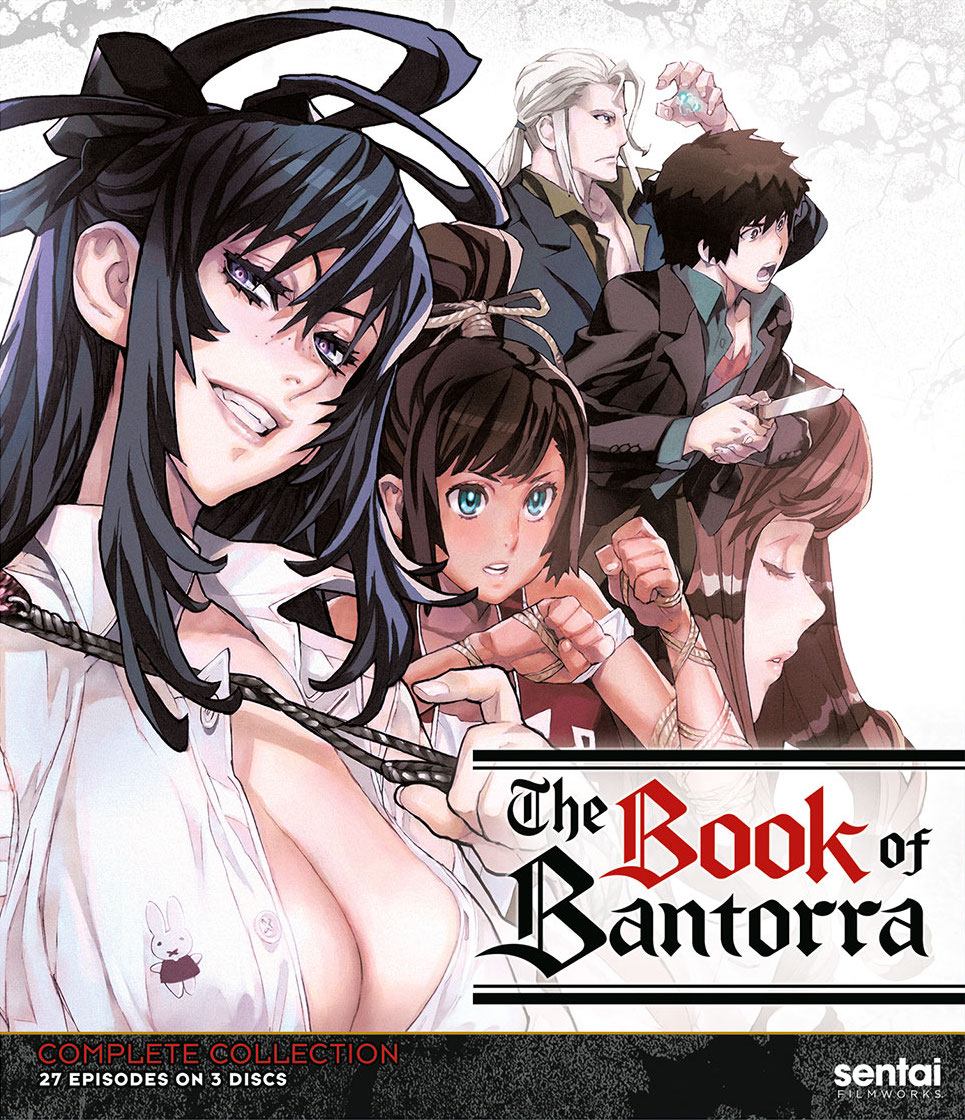 There's such a thing as badass librarians, and the September 10th release of The Book of Bantorra aims to prove it! In another time and place, on a world of pain and sorrow, when someone dies, their soul doesn't go to Heaven or Hell - it becomes a book. A book that reveals the deceased's innermost secrets and that can be read by anyone. Protecting these priceless treasures is the elite organization known as the Armed Librarians. It's their job to keep the books and the knowledge within them safe from those who would misuse or destroy them. It's a tough, dangerous job, so Chief Librarian Hamyuts Maseta recruits only the best and the brightest psychics to join her team of expert fighters. Even so, will they be able to stop the fanatics of the Shindeki Church from wreaking vengeance on the entire world? Only time will tell, but that book hasn't been written yet! 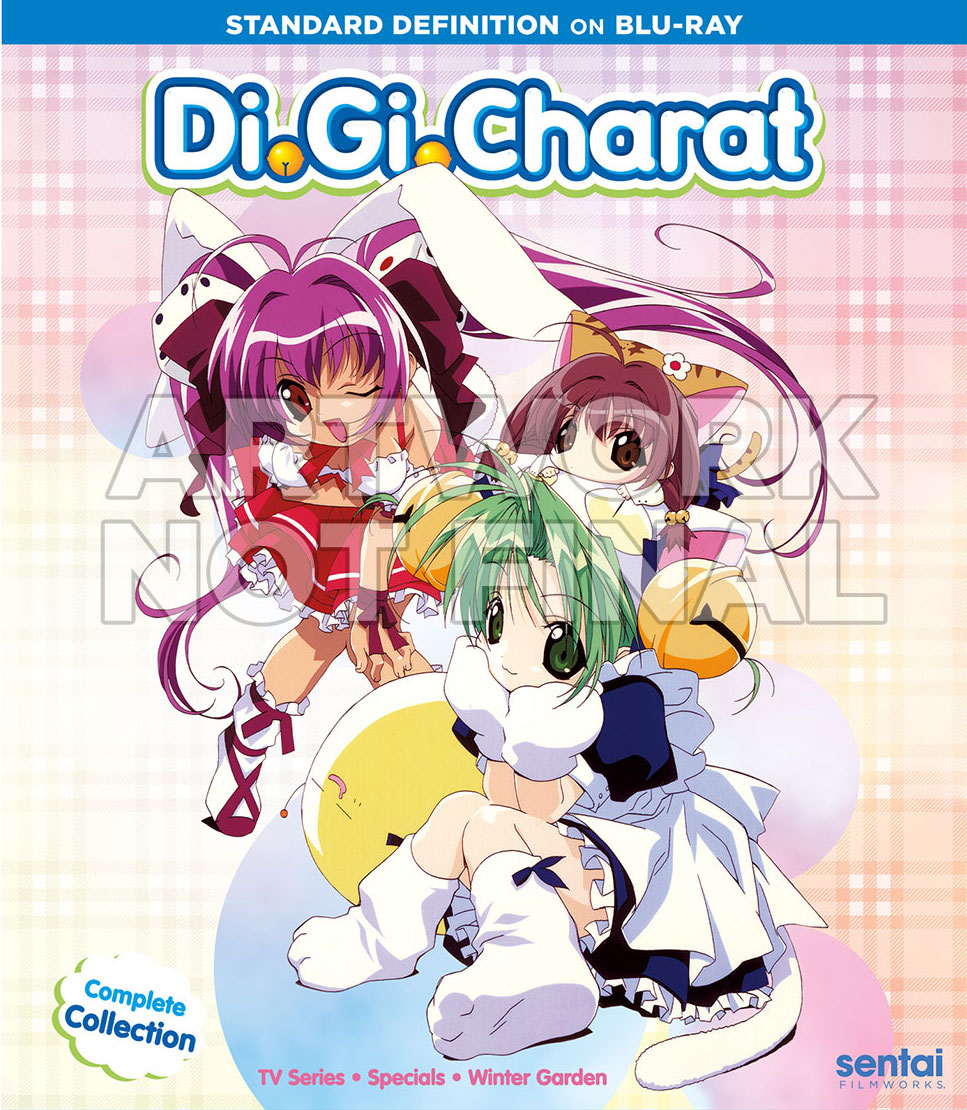 Lovers of all things cat girls have plenty to celebrate, thanks to the September 17th release of the complete Di Gi Charat! What do you do after your parents spend all their money unsuccessfully trying to take over the planet Di Gi Charat? If you're an Alien Princess with cat ears and a tail, and shoot ray beams from your eyes like Dejiko, you travel to Earth and try to become a famous singer, of course! That's harder than it sounds however, and Dejiko, her sidekick Puchiko and their balloon-like protector Gema soon find themselves working in a game store in the only place where cat girls and living balloons seem completely normal: Akihabara in Tokyo, Japan. Now all they have to do is sell a few games, fend off various intergalactic invaders, outperform wannabe singers from other worlds and maybe learn about a strange little Earth emotion called love! 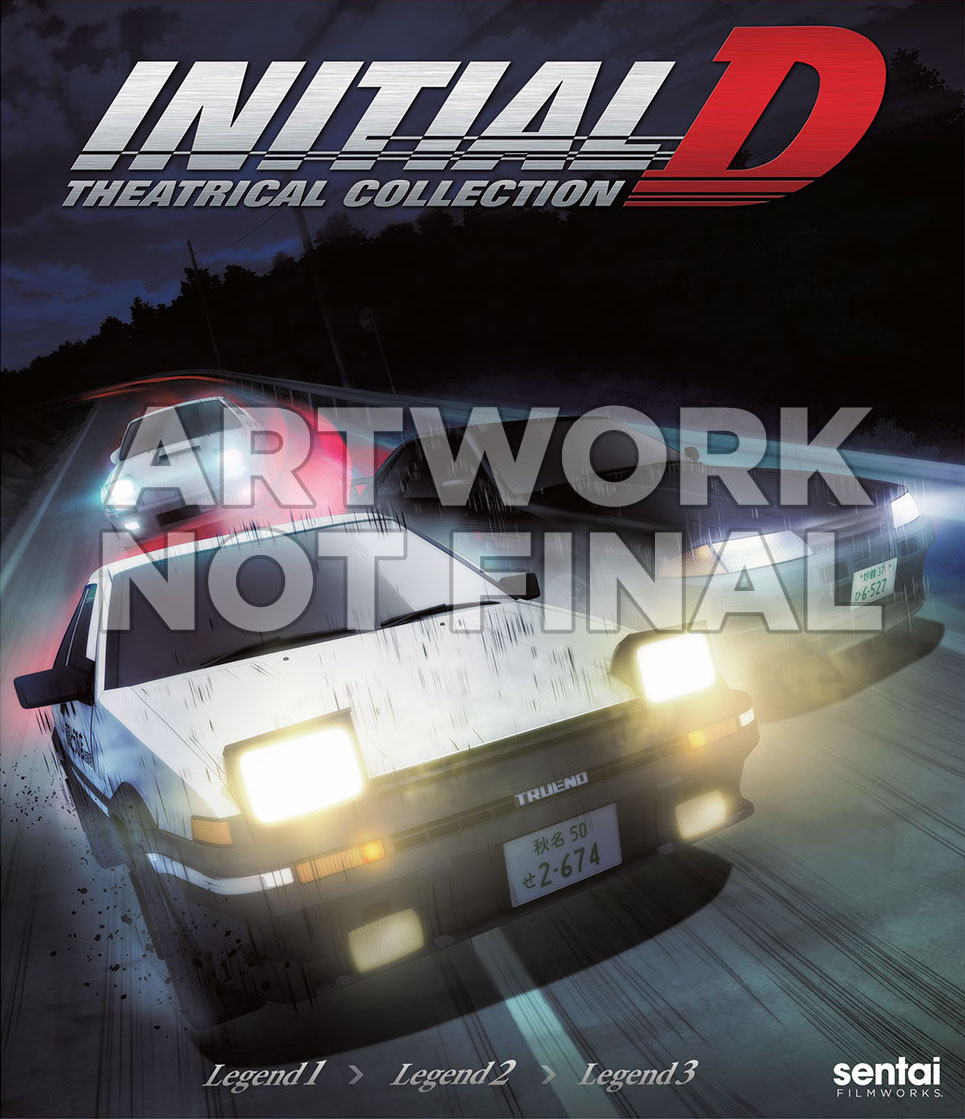 Also on the 17th is the complete theatrical collection of Initial D Legend! When an unplanned street duel launches tofu delivery driver Takumi Fujiwara into the world of high stakes street racing, the competition isn't going to know what hit them. The son of another legendary driver, the unassuming Takumi quickly becomes the downhill racing phenomenon to beat, with a line of challengers as long as the deadly Mt. Akina road itself! There's no time to blink. No chance to second guess your strategy. The streets of Japan become a deadly arena for an incredible battle where if you have everything under control, you're not moving fast enough! Hold onto your breath as the legendary series that introduced the sport of drift racing to the west is reinvented in a series of new feature films that will strip the surface from the blacktops! 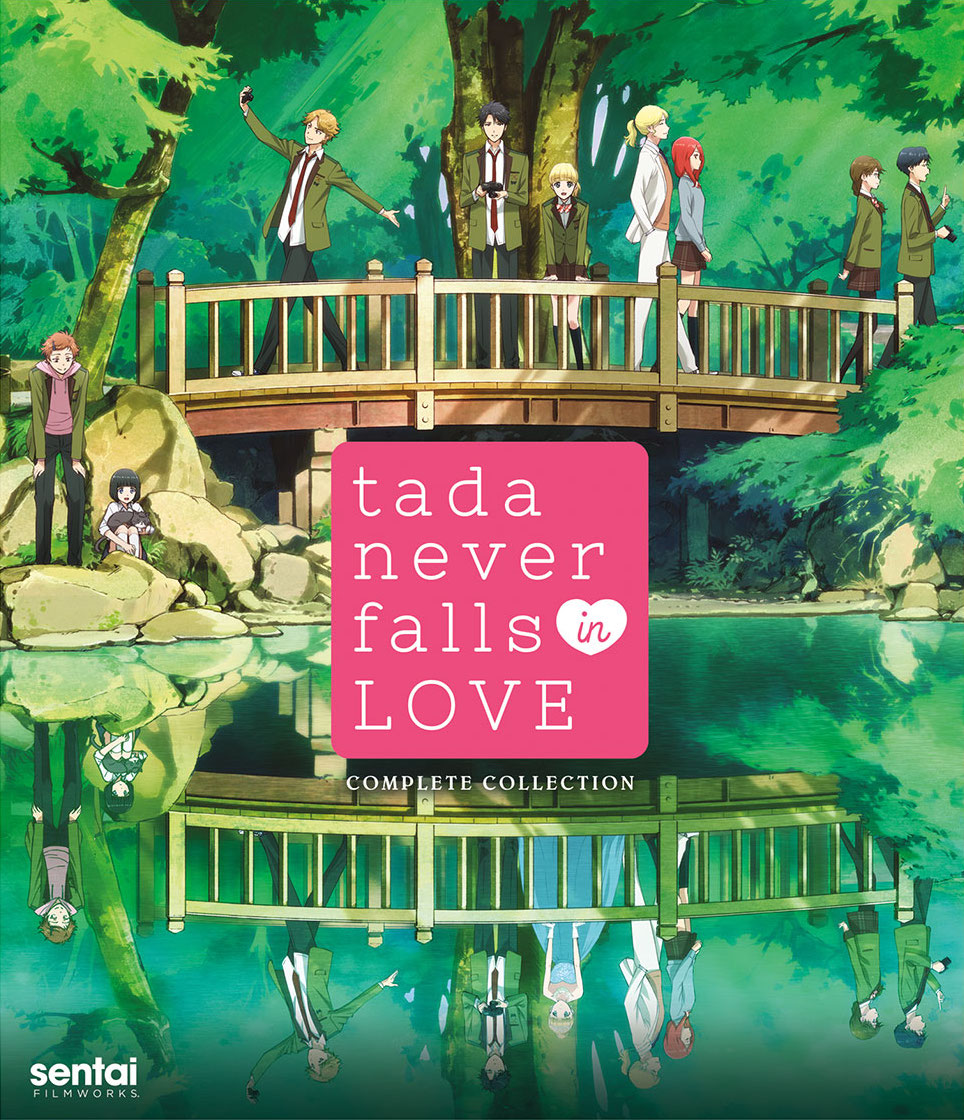 Lastly, the team behind Monthly Girls' Nozaki-kun reunite for the new original rom-com Tada Never Falls in Love, out on September 23rd! Nothing lasts forever, so opportunities presented must be taken before they are lost. In Japan, this philosophy is symbolized by the brief bloom of the cherry blossom, and it is under the cherry blossoms that Tada, who dreams of becoming a famous photographer like his late father, meets a girl who has lost her way. As it turns out, Teresa is staying at the hotel next to café owned by Tada's family and she and her companion Alexandra will be attending Tada's school, where they even join his photography club. What Tada doesn't know, however, is that Teresa is secretly a princess who's come to Japan to experience normal life before returning to her own country and an arranged marriage. And that means that the attraction that they begin to feel for each other may be as ephemeral as the cherry blossom! A special edition of Tada Never Falls in Love will include the two-disc soundtrack, booklet, art cards, and some snazzy drink coasters made to look like they came from Tada's family cafe!