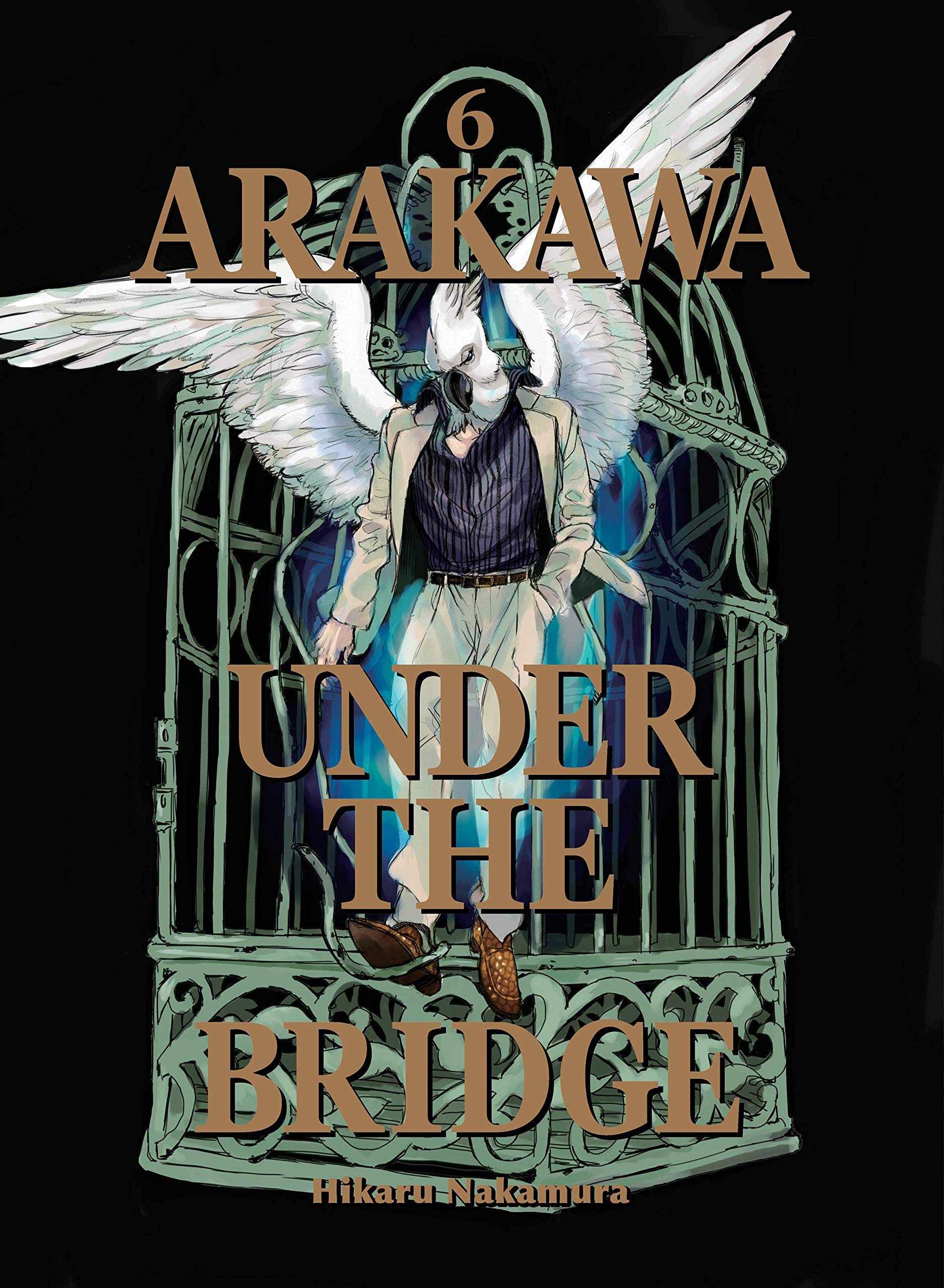 Leave it to Hikaru Nakamura to up the crazy every single time. Even with its many heartfelt moments, her series Arakawa Under the Bridge always manages to bring the kookiness to unfathomable levels. In fact, one may say it had gotten a bit too crazy, with its past couple of volumes losing some of the heart that mattered most in the story. Fortunately, a balance has been found yet again in the sixth volume of Arakawa Under the Bridge.

The rocket to Venus has lift off Earth's atmosphere, only to find out that Recruit is heading up to the second rock from the sun with his assistant Takai. This news shatters Nino's mentality, as Hoshi and Mayor attempt to bring some sort of "normalcy" back near the riverbank. Thankfully, Recruit returns with a better understanding of Nino and the rest of the residents' mentalities. However, that's not to say that their crazy antics will come across in an understandable manner by any means.

One can tell how much fun Nakamura had when crafting these specific stories. Recruit and Takai's adventures on Venus are brought to life in two different styles, with Rec's perception being a lot more childish and Takai's going the more "boy's love" route. It's incredibly goofy, with small nods to Leiji Matsumoto and Kunihiko Ikuhara thrown about the Venus tales. Sanity is snapped back into Recruit's head after not too long, as he realizes how bat-shit insane just about everyone is along the Arakawa River.

From the heart's perception, Arakawa Under the Bridge goes lengths to show how much Nino and Recruit care for one another. Takai's return brings about a wedding between he and Nino, with Recruit doing all he can to stop the sham wedding from occurring. A simple cold story is transformed into a stormy epic, with run-ins with yetis, snow women, and other mythical yokai. Even P-Ko gets a chance to show her love for Mayor, albeit from a motherly perception after he "sheds" his skin and becomes a baby kappa.

Outside of the main story, there are a couple of one-shots from Nakamura that demonstrate both her heart and zaniness. The first story, blue 70 ~On the Other Side of the Lens~, focuses on a dad and daughter traveling to their new home, with a B-rated celebrity crashing their journey. Scary Tales of the City, a compilation tale akin to Keiichi Arawi's CITY, showcases random people experiencing out-of-the-ordinary things. (Be on the lookout for a hilarious cameo from a certain West Coast American band that can't stop singing about California!)

Evan after the whole Venus story wraps up, Arakawa Under the Bridge continues to be one entertaining read. Delightfully zany on every page, Nakamura's weird love story manages to deliver as much blood to the heart as she does tickles to the funny bone. With the series soon reaching its end, one can only wonder how Recruit and Nino's tale will wrap up. One thing's for certain, though: it won't be predictable by any means, an aspect that's kept Arakawa Under the Bridge the entertaining read it's been.