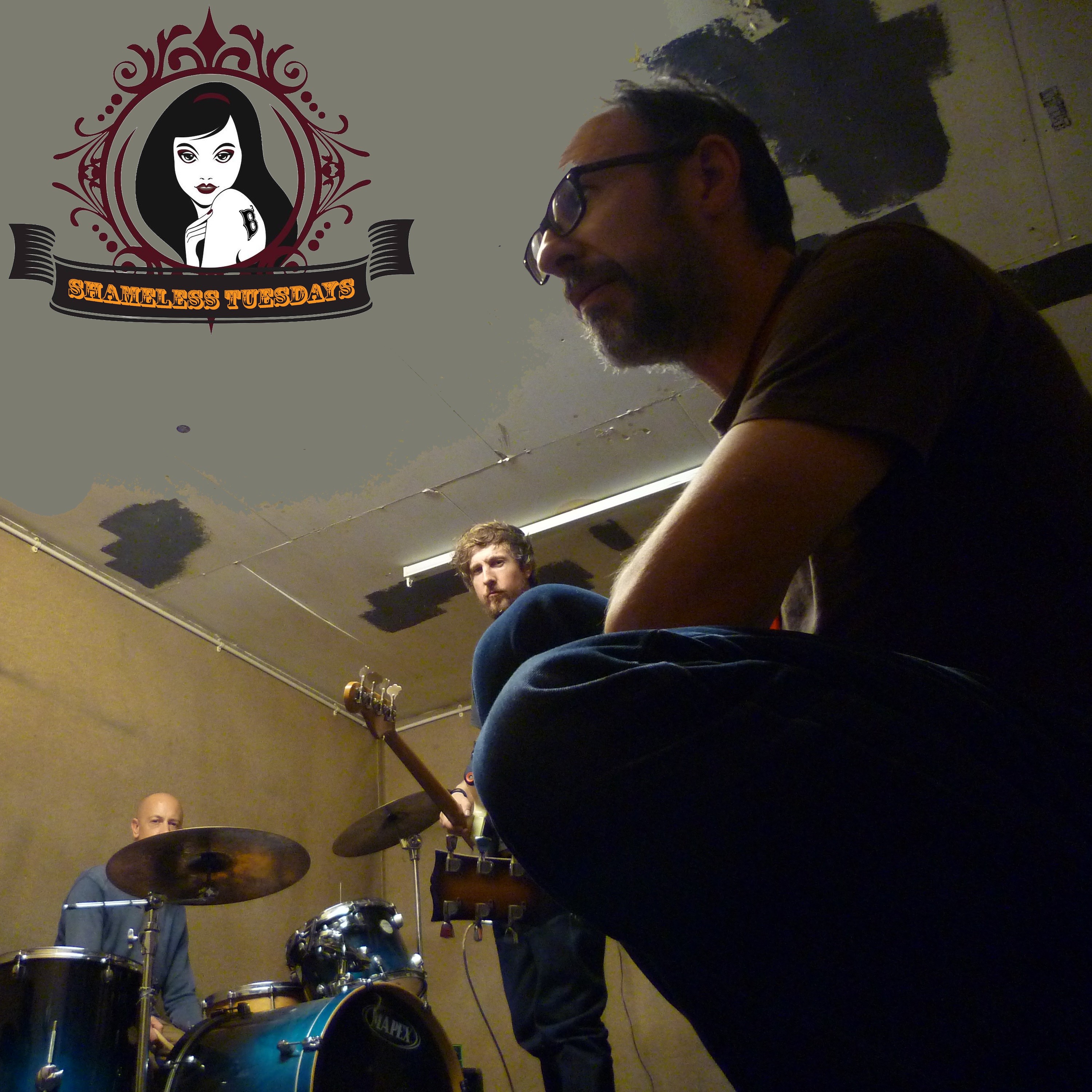 Do you ever get that thumping feeling in the center of your heart when the adrenaline just kicks into high gear? That's how it feels to listen to London rockers Bromide. With Tom Petty-like vocals and Dinosaur Jr. riffs, the trio of Simon Berridge, Ed Lush, and Hugo Wilkinson easily flip the listeners into an upside-down world of chaos and tranquility. Their upcoming single for "Magic Coins" (available April 26th) cranks up some heavy stoner desert rock, the same kind heard on early Kyuss records back in the 90s. Whether we're ready or not, Bromide is here to bring forth one wild Shameless Tuesdays!

Here's what Simon Berridge has to say about this week's playlist:

Hi! Simon from the band ‘Bromide’ and Scratchy Records calling. Thanks B3 for having me... here’s a playlist tracing back over the last twenty something years of releases on the label.

Scratchy Records began one day in 1996 when I was sitting opposite Doctor Mental at ‘The Good Van Guide’ offices in West London. Doctor Mental suggested I should book some studio time and record my debut ‘Bromide’ album. He was right and I did. Luckily a distribution company wanted to release it and the label was born. A few years later I saw a bunch of lunatics called ‘The Rocks’ ignite a packed crowd at the Hope & Anchor in Islington and I realised I could release music by other people as well.

Since then I’ve had the good fortune to release some amazing music by a variety of bipeds. I hope you enjoy it. There’s more info on each track in the youtube playlist. Cheers, Simon!

Bromide ‘Fool In My Brain’
Me and drummer Ed’s first release in 1997. For some reason it took us another 18 years to get a proper Bromide electric album out.. oh yeah we lost the bass player that’s right.

The Rocks ‘We Got It’
Loved The Rocks. Saw them over a hundred times. No two gigs the same. Mentalists! Shoulda been huge.. and if they had been maybe the world wouldn’t be so fucked now. Sorry, that’s a ridiculous thing to say. Probably true though.

Spork ‘Phantom Power’
Here’s drummer Ed with his side project - like Mogwai with extra space drugs. This was 2008, hopefully another album will appear. One day..

The Rocks ‘Heartbreak City’
Can’t remember which drummer we’re on by now.. number 5 ? Either way it’s a Ramones-kissed 50s classic.

Full English Breakfast ‘Shift Key Noodles’
“One man artpop prankster” Mojo. “If Beefheart had a surreal senior moment and reformed his Magic Band to perform S Club 7 covers, it might sound something like this” The Guardian. It only took me 20 years to convince the reclusive Alvin Spetz to release his brilliantly eccentric music. The most talented musician I know.

Matthew Neel ‘Over The Hills And Back Again’
Mr Neel and his unfortunate broken wrist.. which fortunately gave birth to a whole new approach to the guitar, his songwriting and a fabulous debut album ‘New Maps of Hell’ - which this track is from.

Jonny Cola & The A-Grades ‘Postcode Wars’
It’s 2011 and The Rocks are no more but guitarist Mauro has found a new home with these indie glamsters. “Catchy as hell” godisinthetv

Full English Breakfast ‘Open Your Mind’
It’s pop in the same way ‘Yello’ were pop. Remember them ? Although I doubt they could get away with mariachi in the middle eight. Genius.

Joey Herzfeld & His So-Called Friends ‘Half-Hanged Maggie Dickson’
True story apparently. Maggie survived a hanging in Edinburgh in 1813. You can only hang someone once so she was pardoned. Respect.

That Will Be Lunch ‘Once In A Lifetime’
What do you mean Full English Breakfast has changed his name ? And covered one of the greatest songs ever recorded ? Is he mad ? Thankfully the answer is yes.

Bromide 'I Remember'
It’s 2015 and finally me and Ed found a bass-player. His name’s Hugo. The Les Paul is out of retirement.

Jonny Velon ‘The Cambridge Squeeze’
Having a stall at ‘Independent Label Market’ has always been a great way to meet punters face to face and try and sell ‘em stuff. Did one in Bristol and someone foisted Jonny Velon’s album on me. Very glad they did.

Coach Hop ‘I Like Taylor Swift’
Are you ready for some pop ?? Sent this to Darren at distributor Cargo and he nearly fell off his chair. ‘It’s a hit !’ he exclaimed. Well, yes, in one of Stephen Hawking’s (RIP) parallel universes it probably is.

Coach Hop ‘By Christmas’
Sticking with Charlie Laurence aka Coach Hop and his “golden voice” Consequence of Sound, here’s his number one-in-waiting Xmas classic. Well ‘Killing In The Name Of’ made it to Xmas number one..

Rafa Russo ‘You Crossed My Mind’
Rafa and I met at an open mic in London back in 1988. He’s now a successful movie script writer but still churning out the music. His new Laurel Canyon-inflected album ‘This Strange Place’ is out now on Scratchy, featuring this track.

To finish off here’s a couple of South London locals worthy of mention..

Lewis Floyd Henry ‘Wutallica’
One man band busker extraordinaire LFH shows us what 2million+ views looks like. And not a cat in sight.

Dirty Viv ‘Shame’
Eddie and his Deptford trash popsters write songs that stick in your head and your heart. Steve Lamacq on BBC6 music agrees.

Talk Talk ‘Gotta Give It Up’