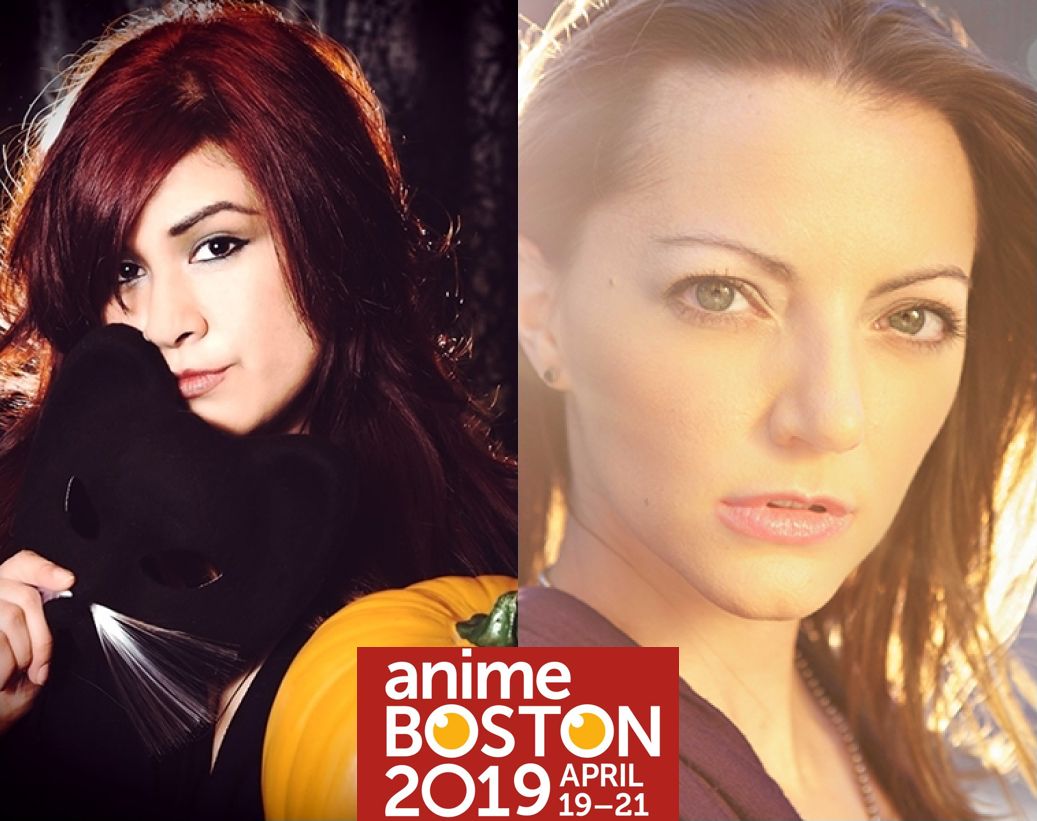 The true queen of dragons and the wife of Gohan are headed to the East Coast this Spring, as Anime Boston 2019 welcomes voice actresses Leah Clark and Kara Edwards!

An American voice actor and FUNimation staff scriptwriter, Leah Clark has made a name for herself behind the mic. Recently she has been featured as Ikuno in Darling in the Franxx, Asteroth in Jean D’Arc, Olga in Dragon Ball Super, Mavis in Fairy Tail, Asia in High School DxD Hero, Himiko Toga in My Hero Academia, Yuri in New Game!, Kobayashi in Miss Kobayashi’s Dragon Maid, Yuudachi in KanColle, Maki in Sakura Quest, Aria in Aria the Scarlet Ammo AA, and Mari in Yuri!! On Ice. Memorable titles and roles include Nodoka in Negima, Blair in Soul Eater, Coby and Miss Doublefinder in One Piece, Saki in Eden of the East, Minami in Baka and Test, Minatsuki and Hummingbird in Deadman Wonderland, Maron in Dragon Ball GT, Kanzaki in Assassination Classroom, Suzuka in Suzuka and its sequel Fuuka, Ruby in Rosario + Vampire, Noah in Fullmetal Alchemist: Conqueror of Shamballa, and Carlita in Pokémon the Movie: Black & White.

Kara Edwards is a professional voice actor known for her young, fresh sound and wide range of characters. While in Dallas working for Disney, Kara attended an open-call audition for a popular show called Dragon Ball Z. She was cast as Goten and Videl and was hooked. Voice acting would soon become her main focus, leading her to take the leap to full-time in 2006 and once again head west. She is resuming the roles of Goten and Videl in Dragon Ball Super. Some of her notable roles include Febrie in A Certain Scientific Railgun, Alter Ego in Danganronpa, Kiryuu in High School DxD, Hikage in Senran Kagura: Ninja Flash!, Nymph in Heaven’s Lost Property, Chiho Hidaka in Sekirei, Kozue Orihara in Chaos;Head, Celica in SoltyRei, and Murugu in Yu Yu Hakusho. She’s also been featured in Pop Team Epic, Juuni Taisen, Space Dandy, Soul Eater, D-Frag!, Noragami, Ben-To, Cat Planet Cuties, Princess Jellyfish, Fairy Tail, Yamada’s First Time, Summer Wars, Evangelion: 2.0 You Can (Not) Advance, and School Rumble.