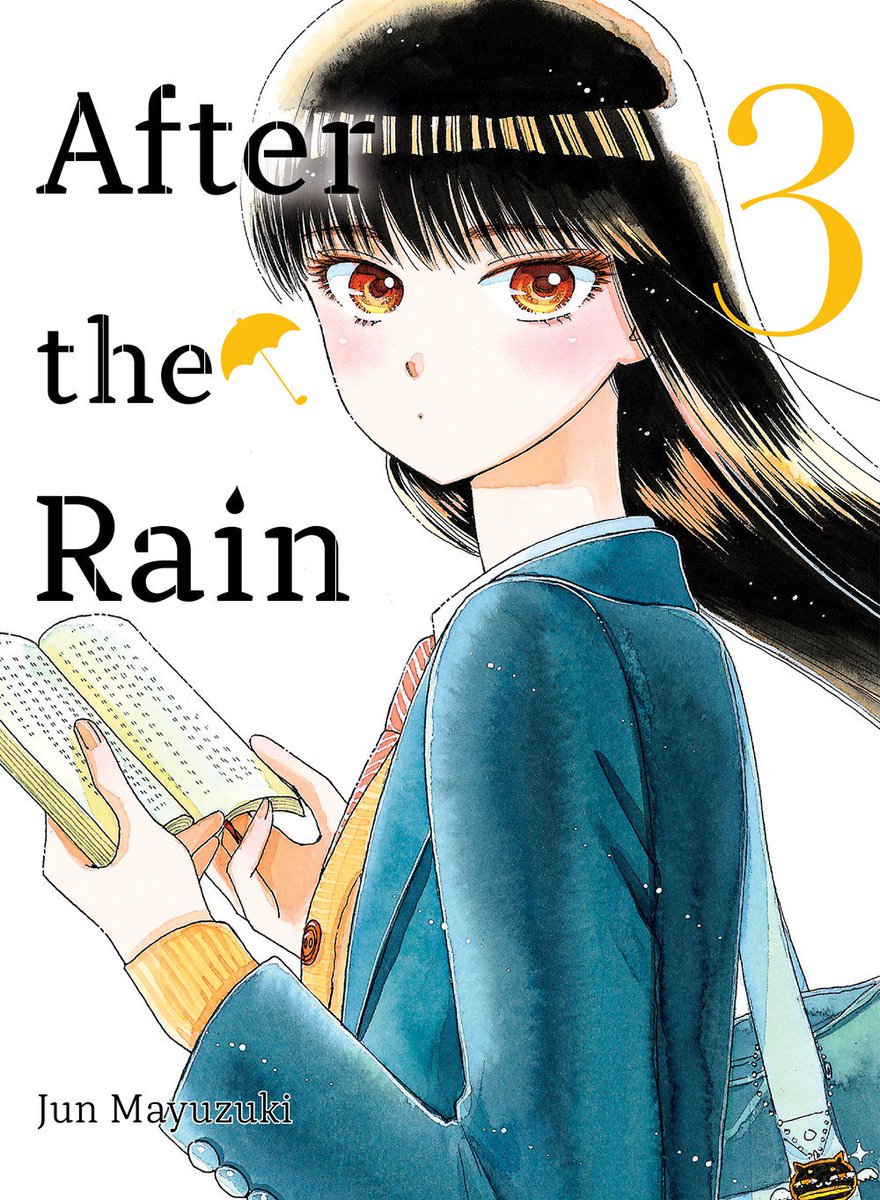 Jun Mayuzuki has this knack for capturing multiple forms of emotion, especially in their series After the Rain. Young love, thickheadedness, physical & emotional pain, and even having responsible mentalities are presented in such a beautiful and relatable way. Because of this, the strange romantic feelings Akira has for the much-older Kondo no longer feel questionable; rather, they're actually kind of sweet. This is captured both strongly and smartly in the third volume of After the Rain.

With the holidays slowly approaching, Akira's feelings for Kondo become as strong as ever, despite him only seeing her in a friendlier manner. However, as she finds herself spending more time with Kondo and his son, people from Akira's past running life seemingly creep back into her presence. Despite her intentions to never do track again, a small ounce of rekindling may have her thinking otherwise. As she and her fellow coworkers & classmates deal with their own matters of the heart, feelings of confusion, regret, and even reconciliation begin to flutter through each person's soul in some eye-opening manner.

The element of friendship is the main focus of this section of After the Rain, after Kondo laid it on Akira that he only sees her as a friend in the previous volume. Nonetheless, such a hurdle doesn't keep Akira from trying to win his heart. From hanging out with him at a book fair and botanical garden to making him a scarf for Christmas, the high schooler puts her very heart into enjoying her activities and tasks for the sake of possible romance. As a nice added bonus, a chapter from the perspective of Yoshizawa showcases his lovesick vibes for Akira, only for Nishida to seemingly come in and swoop his heart when he least expects it.

One of the strongest aspects in this volume is how Akira's past running life seems to want to pull her back in. The appearance of track team member Mizuki at the restaurant shines a new light on how to overcome a life obstacle. At first, Akira is hesitant and cold to Mizuki's advances, as she seems to want no part in it. It's when Mizuki reveals to Akira that she has been in her shoes in the past where the first glimmering of hope appears in the injured girl's eyes. In a sense, this moment reawakens a lost passion in Akira's life, albeit in a minimal way that still leads the door open towards a possible return to the running world.

Even Kondo recognizes the actions of Akira's friends from before her injury, going so far as to hint at her to not take as many shifts as she has. Despite Akira literally telling him that there's nothing else she'd rather do, it's apparent from her hidden anxiety that there is something deep and missing from her life. The same goes for Kondo himself, who finds himself thinking back to when he wanted to be a novelist, only for his obsession for books and literature to ruin his marriage in the long run. However, despite his reasons for holding back, it's very apparent that his love for books may somehow bring his passion back to putting his own pen to the paper. Naturally, it's Akira's invitation to the book fair that somewhat gets those gears rolling, thereby having both people unwittingly bringing them back to the roots of their dreams.

The third volume of After the Rain slowly starts putting the pieces of both Kondo and Akira's puzzles together. With a realization that something is missing in their lives, the latest batch of chapters hints at what may come for both the struggling writer and the injured runner. Whether or not these pieces require the aid of both parties remains to be seen, but one can easily speculate that Akira and Kondo are itching to push one another towards that path. When After the Rain does that, we can bet that it will be presented in a very beautiful, heartfelt light.