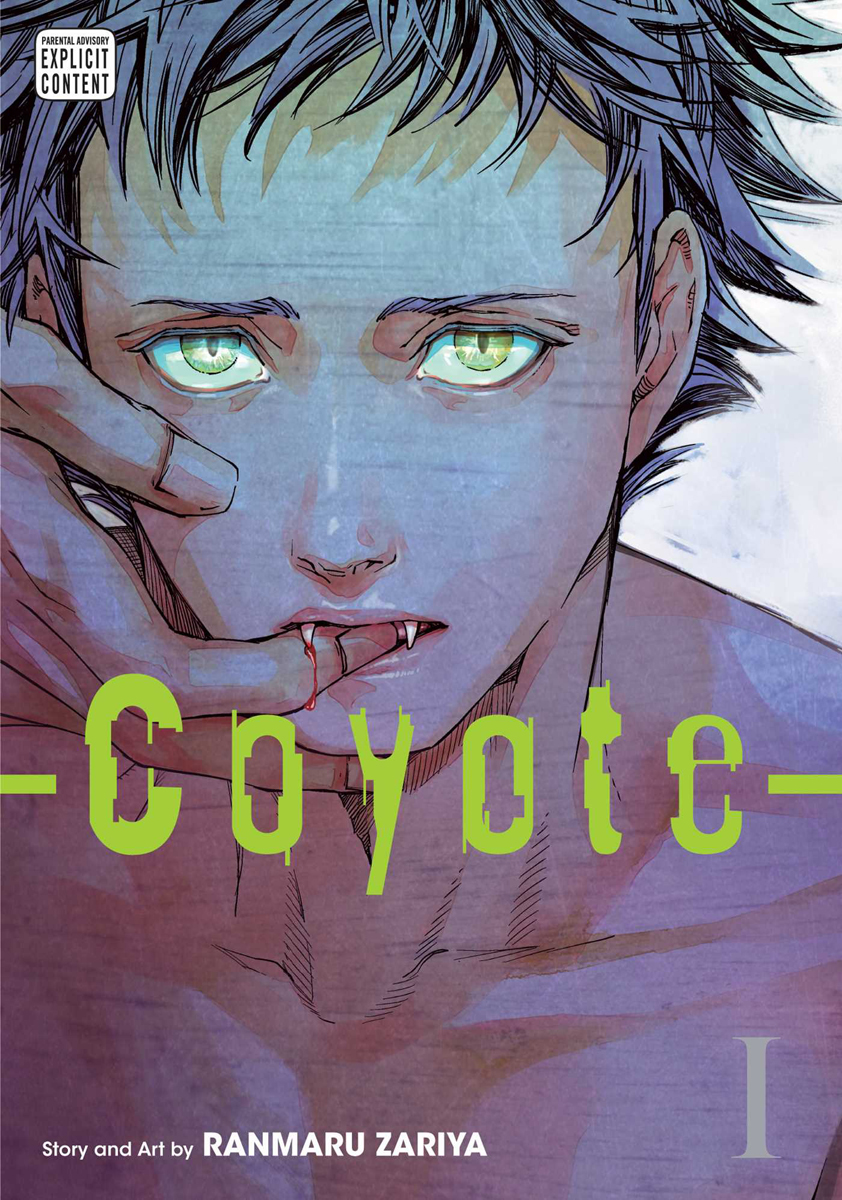 Two main factors have influenced this review, and one is that I admittedly have a soft spot for mangaka Ranmaru Zariya. (Also, it's because this is a yaoi that contains supernatural themes.) I want to say upfront that Coyote initially starts with a situation that could hark back to some uncomfortable yaoi tropes. However the nature and execution of the superntatural themes, in this case werewolves, make it just murky enough that I'm willing to give it a bit of a pass, so I just want you all to be aware. As a fan of Zariya I truly believe that much of her content stands above a good chunk of the yaoi genre, and I really want to give this latest series by her a chance.

Coyote does distinguish itself by giving us a story not just about romance, but of a complex feud between a group of werewolves and an (Italian? It's not very clear) mafia organization that is killing them and selling their blood. Conflict outside the romantic plot is not the norm in my experience with yaoi. When I see this much effort made to create a story with narratives that can be independent of one another, I have to give it props. 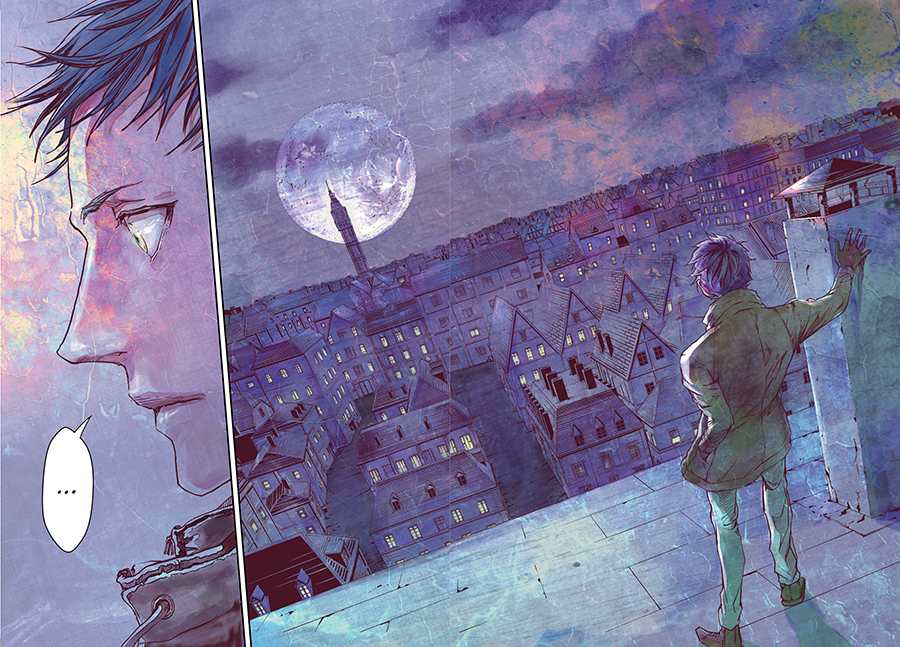 We are introduced to Marleen and Lili, the former who plays piano at a small bar and the latter a patron who quietly watches him. Lili leaves the bar flustered one night, and when Marleen follows him he discovers that Lili is one of the werewolves. Complicating this (and earning this manga its Explicit Content advisory) is that Lili is also in "heat" for the first time. This is the part where it's a little murky, because at least in this first encounter a compelling case could be made that what happened was problematic. Whether or not you will be as willing as me to give this a pass is most certainly going to depend on your familiarity with the genre, but it's hard for me to sacrifice an interesting story and compelling characters knowing how rare that is.

To add another layer on top of the initial budding romance and werewolves is that Marleen is (reluctantly) tied to the mafia. As the volume progresses it's clear that tensions between the werewolves and mafia are rising, and because I have become invested in Marleen and Lili's relationship it's scary to think about what will happen once those two opposing worlds intersect with their romantic lives. I have high hopes that Zariya will find a way to get us to good ending, but of course it is all about the journey. 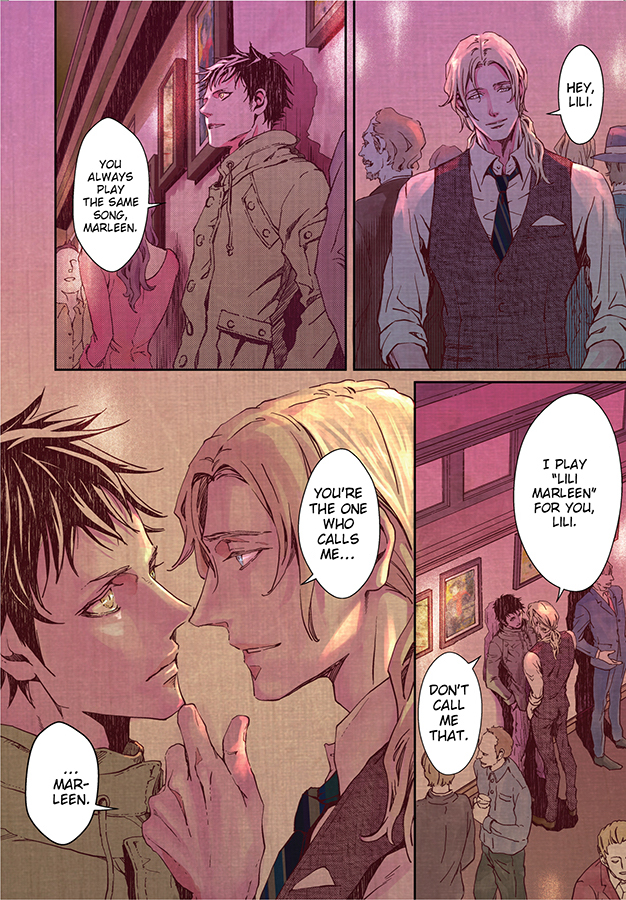 Unlike most other yaoi she's written, I feel like Coyote definitely has a plot that does not constantly center around the main couple but intertwines them into it so neatly that I want to keep turning the page. If the more X-rated scenes were cut out I could easily see this manga being adapted into an anime that stands on its own merits. Sometimes it can be frustrating as a yaoi fan when bad yaoi manga after bad friggin' yaoi manga get made into bad yaoi anime (**cough**Dakaichi**cough**), so Coyote definitely shows us we can keep asking them to raise the bar.

Do indulge me for a moment as I must simply gush over how much I love Zariya's art. When you find an interesting yaoi artist, it's good to stick around for everything else they create because at least you have an idea of what to expect. As mentioned before, the Explicit Content advisory is in full effect and the sex scenes are, to pull a pun on the publisher, sublime. Lili's heat, in my interpretation, is forcing him to confront his repressed feelings for Marleen, and you can see these repressed feelings on his face. The end result is pure fireworks. As a longtime fan of the yaoi genre I know what good style is when I see it, but Coyote nearly tops them all. 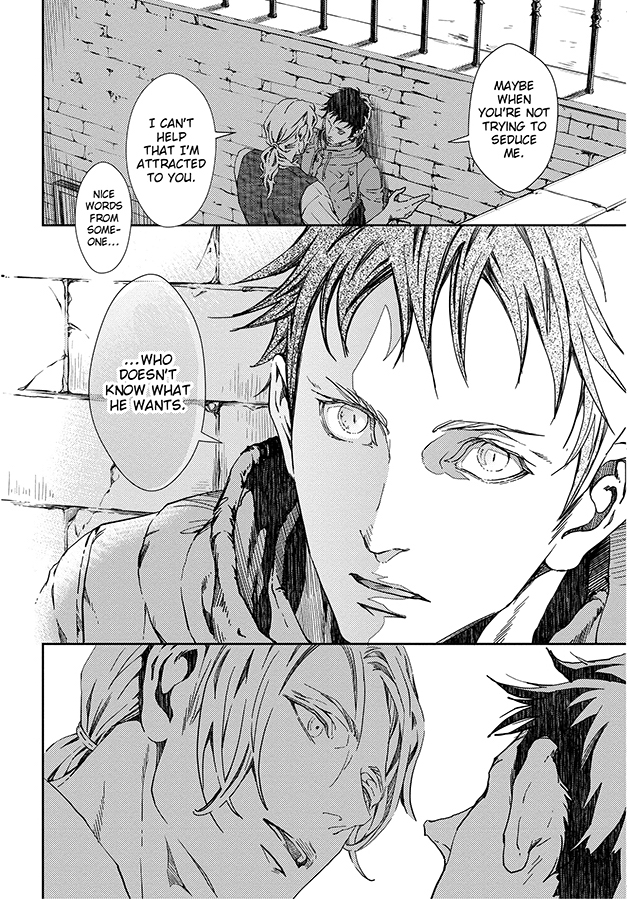 It's not just the erotic moments that are sublime, but a few other key moments that really help carry this story through with impeccable attention to detail. The most memorable of these moments was when Lili comes to visit Marleen after he's done playing at the bar. Lili is still apprehensive of him but Marleen is overjoyed that he came at all, and they share a tender kiss. At the same time the head of the werewolf pack is carrying a body of a fellow member who is wrapped in a sheet in his arms, his eyes almost alive with retribution as he retreats into the night. I've gone back to look at that section several times and it always always gives me chills. The angles, the shading, the subtle looks on their faces, it builds to an intense and beautiful moment that I didn't expect to ever see in a yaoi manga.

This part of the story does focus a lot on Marleen and I hope in future volumes we'll get to see more of the story and inner thoughts from Lili's perspective. Near the end of the chapter they drop a pretty big revelation on Lili but we don't get a chance to find out his reaction to it. I also think it would give Zariya a chance to clear up misconceptions about Marleen and Lili's first encounter. We'll have to wait and see, but for now Coyote earns high rankings from me!

HIDIVE Launches On Xbox One (Plus...