Within the confides of normalcy, an adventure must pop up sooner or later. Chihiro Ishizuka's Flying Witch may promote a balance between fantasy magic and real-life beauty, but even it knows when it's time to have a fun romp. Volume Six of the manga not only gives us those sorts of goods, but also does so with the charm and wit that Makoto and the gang are known to deliver.

Before that excitement begins, Flying Witch's trademark warmness is front and center with the news that Chinatsu can conjure up magic. Things turn chilly when an unexpected winter storm hits Makoto's home in the start of July, with the Harbinger of Summer close by to figure out what's wrong. Then our favorite feline familiars Chito and Kenny embark on a quest for school-grade pork cutlets, where it's soon revealed that another witch resides within the school perimeters. That witch is Sayo Kazuno, who takes her task at keeping her magic a secret a lot more seriously than Makoto.

Surprisingly, it's nice to see a new witch enter the foray of Ishizuka's world, one that's a tad more strict regarding who knows her secret. It's a good change of pace that helps to contradict the more easy-going mentalities of Makoto, Akane, and even Inukai. For a brief moment, it delivers a kind of urgency that almost never gets mentioned in this manga, as it shoulders the importance of a witch keeping a low profile. Fortunately, the startling orders never get to threatening levels, as Flying Witch is more about creating a calm and welcoming atmosphere for its readers and characters. 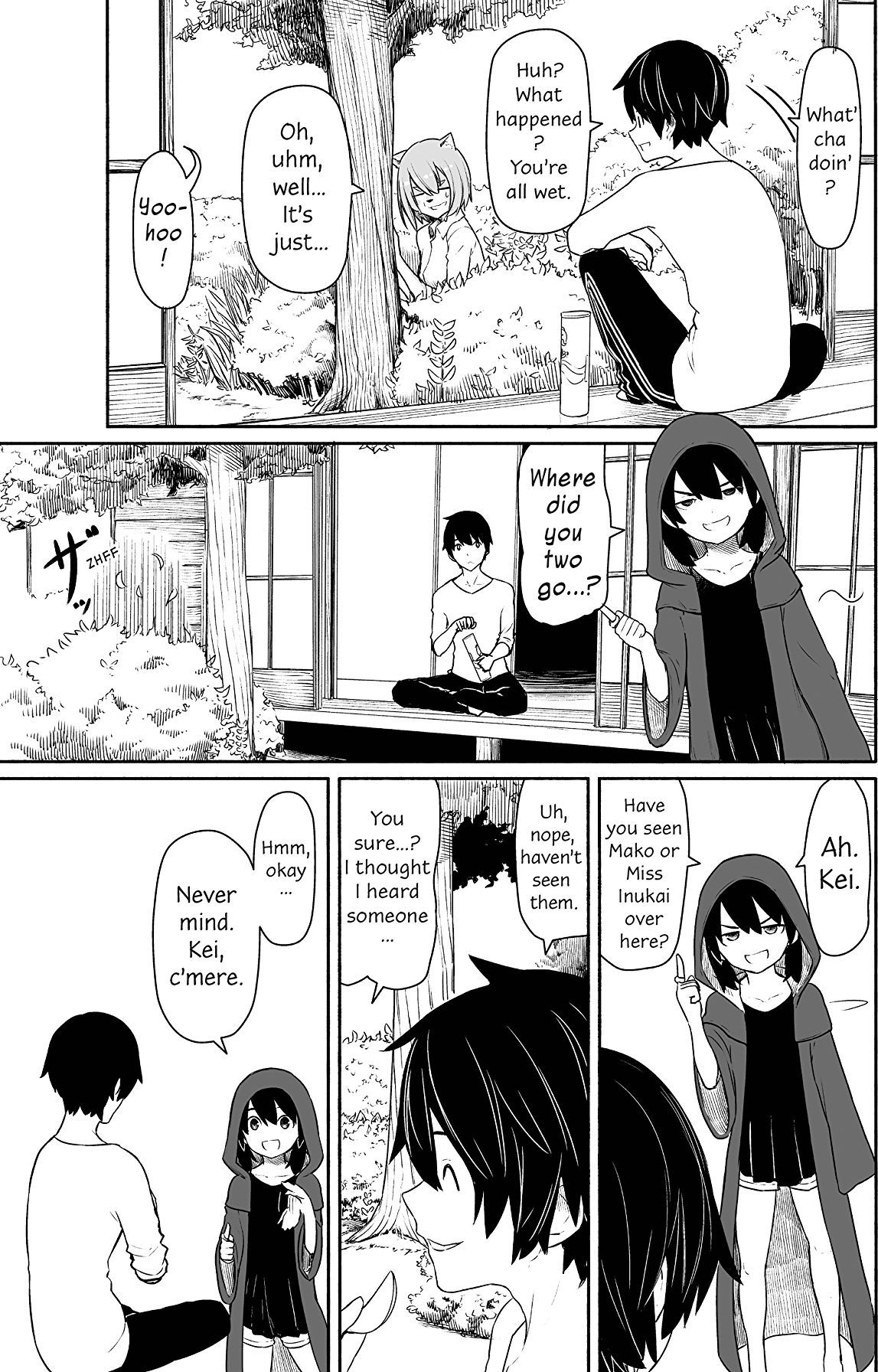 It's towards the end of this volume where Makoto gets a chance at playing a serious detective and master of witchcraft. Alongside Sayo, the two of them seek out a mystical beast known as a Narunaru, which has the power to create repeated areas at great lengths. Here, we witness the contrasting personalities of the two witches, which plays wonderfully when the time comes for them to capture the magical creature. But when Makoto discovers a most simple of ways to nab the Narunaru, a new side of Sayo pops up that will have readers chuckling with delight.

Flying Witch continues strongly with its delightful storytelling and memorable characters, with Volume Six demonstrating its strengths regarding mission-based plot lines. Visually charming and emotionally lighthearted, the latest chapter in Makoto's quest to being a great witch demonstrates the wonders of life's small things while showcasing a legit fun and quirky adventure at its tail's end. Always cheerful and endearing on every page, Flying Witch once again casts a warm spell upon its readers' hearts and souls with yet another impeccable volume of relaxing goodness.