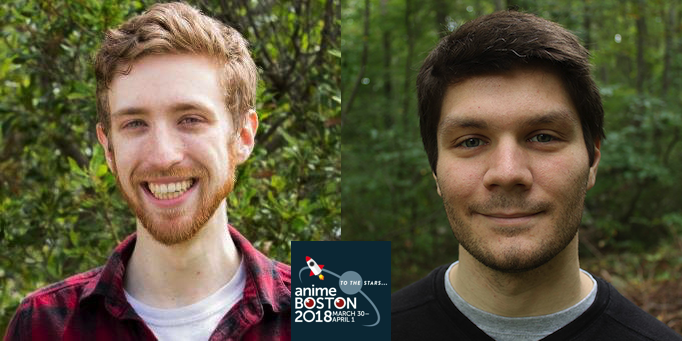 Anime Boston is about to go Plus Ultra, with the announcement of My Hero Academia cast members Justin Briner and Clifford Chapin joining this year's foray!

Based out of Dallas, actor and singer Justin Briner is known primarily for his work in anime and video games. Recently, he wrapped up the second season of My Hero Academia as Izuku Midoriya. He can also be heard as Mikaela in Seraph of the End, Nova in Space Patrol Luluco, Yoichi in Drifters, Ayanokoji in Classroom of the Elite, Alfonso in GARO: The Animation, Niko in Nanbaka, Ryota Mitarai in Danganronpa 3, Frate in 91 Days, and Qwenthur in Heavy Object. Additionally, he has provided voices for games such as Dust: An Elysian Tail, SMITE, Regalia: Of Men and Monarchs, Cibele, and DreadOut.

Clifford Chapin is a voice actor, and director best known for his work in anime and video games. Some of his prolific anime roles include Katsuki Bakugo in My Hero Academia, Conny Springer in Attack on Titan, Cabba in Dragon Ball Super, and Charles Grey in Black Butler. As for video games, you can hear Clifford as the voices of Toby the Destroyer from Battleborn, Michael from YIIK: A Postmodern RPG, and Kukulkan in SMITE. In addition to his voice over credits, Clifford has also worked behind the scenes for Marvel Entertainment's publishing branch, as well as for several reality television series. In his downtime, he enjoys playing video games and reading comic books of every genre.