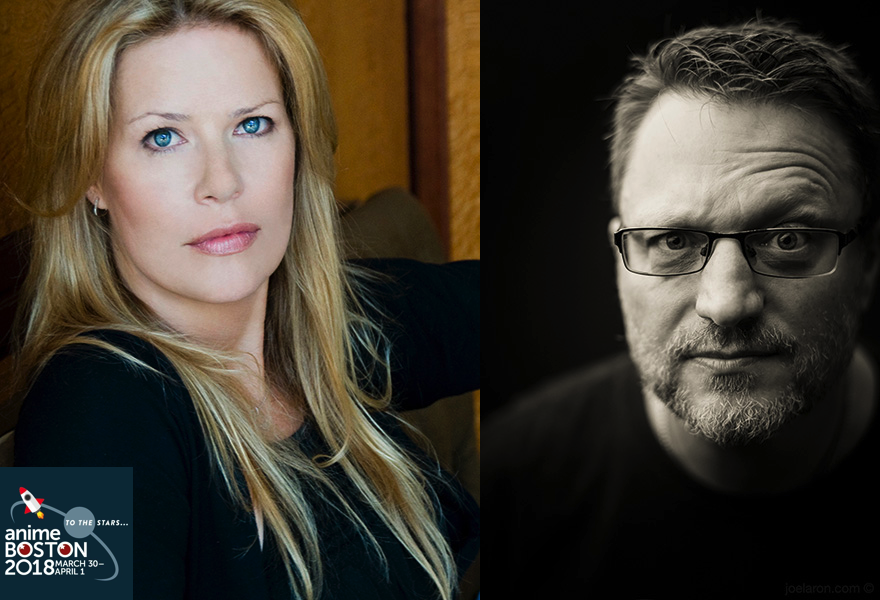 Anime Boston 2018 is ready to blow this scene, getting everybody and their stuff together! That's because voice actors Mary Elizabeth McGlynn and Steve Blum have been announced as the latest guests for the annual convention!

Mary Elizabeth McGlynn is a voice over actress, writer, singer, and director. As an actress, she is currently playing Governor Pryce in Star Wars Rebels, Dr. Maheswaran in Steven Universe, Zahra Hydrus in Geek & Sundry’s Critical Role, Valkyrie in Lego Marvel’s Avengers, Queen Metalia in Sailor Moon Crystal, and Brooha in Glitter Force. Famously, McGlynn portrayed Major Motoko Kusanagi in Ghost In The Shell Innocence, Solid State Society, and Ghost In The Shell: Stand Alone Complex for which she won the American Anime Award for Best Actress. Some of her other popular roles are Cornelia in Code Geass, Kurenai from Naruto, Julia from Cowboy Bebop, Zanpakuto from Bleach, Helba and Bordeau from .hack, Jagura from Wolf's Rain, Nuriko in Fushigi Yuugi, and Caroline from Vampire Hunter D.

"Mary Elizabeth McGlynn has one of the most recognizable voices in anime, said Convention Chairman Victor Lee. "Female heroes have long had a prominent place in anime and Mary's portrayal of Major Kusanagi in the Ghost in the Shell series stands as the most iconic."

With literally hundreds of voice-0ver credits to his name, the iconic Steve Blum is best known as the voice of Spike Spiegel from Cowboy Bebop, Wolverine from several incarnations of X-Men, Orochimaru, Zabuza, and others from Naruto, Vincent Valentine from Final Fantasy VII, Leeron from Gurren Lagann, Storm Troopers and many others in most of the Star Wars games, dozens of Digimon, and a gigantic list of other characters from Anime, Video Games, TV and Film. In 2012, Steve was inducted into the Guinness Book of World Records as Most Prolific Voice Actor in Video Games - appearing in almost 400 games! Currently you can find him as Zeb Orrelios and other characters in the incredible saga that is Star Wars: Rebels on Disney XD, as Shoe and Sparky in Laika’s The Boxtrolls, and as astronaut Quentin Thomas on Hip Hop superstar LOGIC’s amazing album The Incredible True Story and his latest release Everybody.