HomeComics/MangaMANGA REVIEW | A Feline's Perspective in "She and Her Cat"

MANGA REVIEW | A Feline's Perspective in "She and Her Cat" 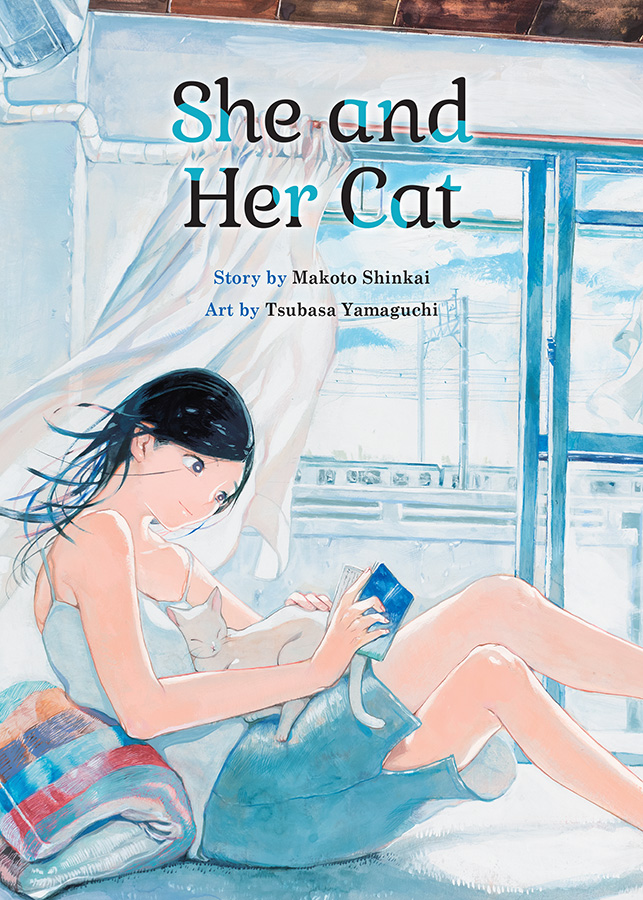 MANGA REVIEW | A Feline's Perspective in "She and Her Cat"

In 1999 a young video game graphic designer by the name of Makoto Shinkai created a five-minute short called She and her Cat: Their standing points. The amateur anime sold over 5000 copies at both Comiket and via his website, with Shinkai winning critical acclaim and a job working at CoMix Wave Films. Since that time Shinkai has become synonymous with the likes of Hayao Miyazaki and Mamoru Hosoda as one of the masters of anime storytelling, with his most recent film Your Name. breaking box office records left and right.

After all this success, it would seem natural that Makoto Shinkai would return to his roots. And thus a new adaptation of She and Her Cat, expanding on the story of Miyu and her feline companion Chobi, has been brought to life in manga form with the aid of artist Tsubasa Yamaguchi.

As it was in the original short, She and Her Cat puts its focus on the narrating cat Chobi and his interpretations of the world around him. He remarks about the attitude and emotions of Miyu, who can sense when she's in trouble despite not understanding a single word she says. In this year-in-the-life tale Miyu is struggling at her job, with her work load sometimes forcing her to stay up late into the night finishing her tasks. Meanwhile those close to her are seemingly doing better with their lives, with Miyu wondering why their moving forward in the world while she's stuck in the same rut. 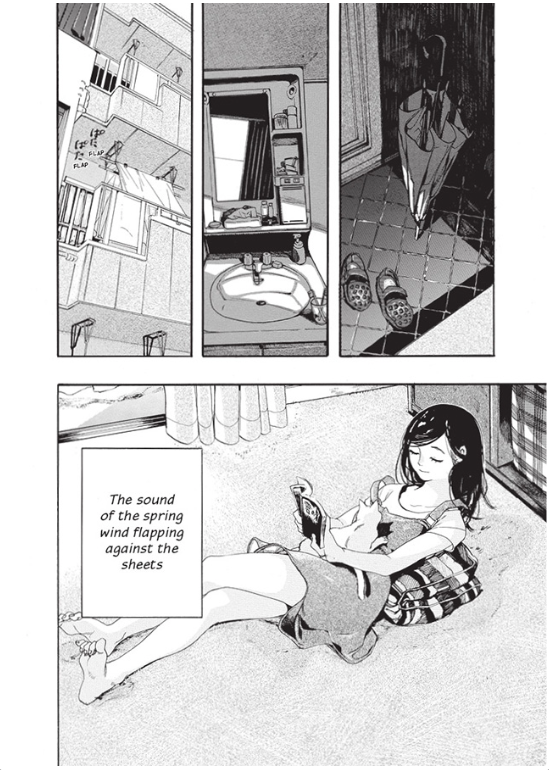 Most of the time you get the sense that there's a massive weight on Miyu's shoulders. She often comes home late, exhausted to the point of not being able to feed herself, let alone Chobi. An emotional connection between pet and owner helps to keep her sanity in check for the most part, but at times a breaking point finds its way into Miyu's subconscious, resulting in her frustrations getting the best of her. Nevertheless Chobi does all he can to comfort her, even if what is happening to Miyu is out of his paws.

Despite the sadder aspects of She and Her Cat, the commentary from Chobi helps to push down the sadness from becoming too much of a tear-jerker. (If you wish to bawl your eyes out, I highly recommend checking out the anime prequel that was released alongside the manga.) How he reacts to Miyu's mannerisms and his "scathing" park rendezvous with a young kitten named Mimi brings out some surprisingly humorous aspects on how our animal companions look at us and the world we share. Although the comic ends without any true resolution, it does give off a sense of hope that things will be fine for Miyu and Chobi.

She and Her Cat is a relaxing and heartwarming tale that Shinkai can can always be counted on to present with much soulful grace. The story of a hard-working woman and her comforting feline companion will ring familiar to those currently sharing a similar situation, especially to the current and upcoming generations. It may not give all the answers to solving all of life's toughest situations, but as a quick escape it serves as some much-needed catnip for one's spirit.

Background Noise: Nippon Girls 2: Japanese Pop, Beat & Rock 'N' Roll, 1965-70 - When the British Invasion crossed over to the Pacific side, the music scene of Japan changed in a heartbeat. The second compilation from Big Beat International is filled to the brim with rocking melodies, dance numbers, and even potential secret agent anthems from the likes of Chiyo Okumura, Emy Jackson, and Linda Yamamoto. It's a collection that any cool cat -- human or feline -- would easily groove to.

MUSIC REVIEW | Back in the Groove...