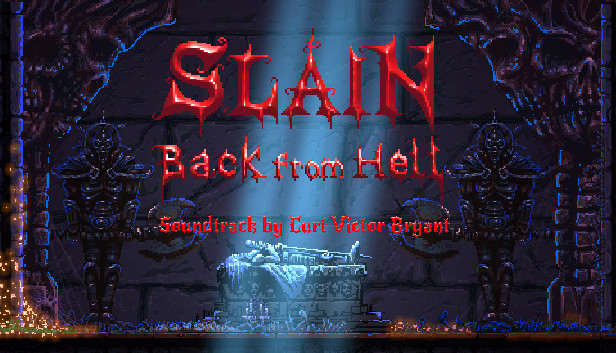 When Slain originally released back on PC several months ago, it was in a very poor state. The hitbox seemed non-existent, and the game was riddled with numerous bugs. Thanks to responding to user feedback, the game was heavily reworked, and version 2.0 of the game released under the subtitle Back from Hell. That name couldn't be more apt, as Slain is a very much different game now. Plus, it's actually pretty good.

The game's plot centers around an old warrior named Bathoryn, who went to their eternal rest after accomplishing a task in the past. However, a spirit has other plans for him, and now he has to fight a being that seeks to rule both Hell and the mortal realm. To fight this threat, he has a limited number of resources to fight the undead and demonic hordes. What he does have is good enough. 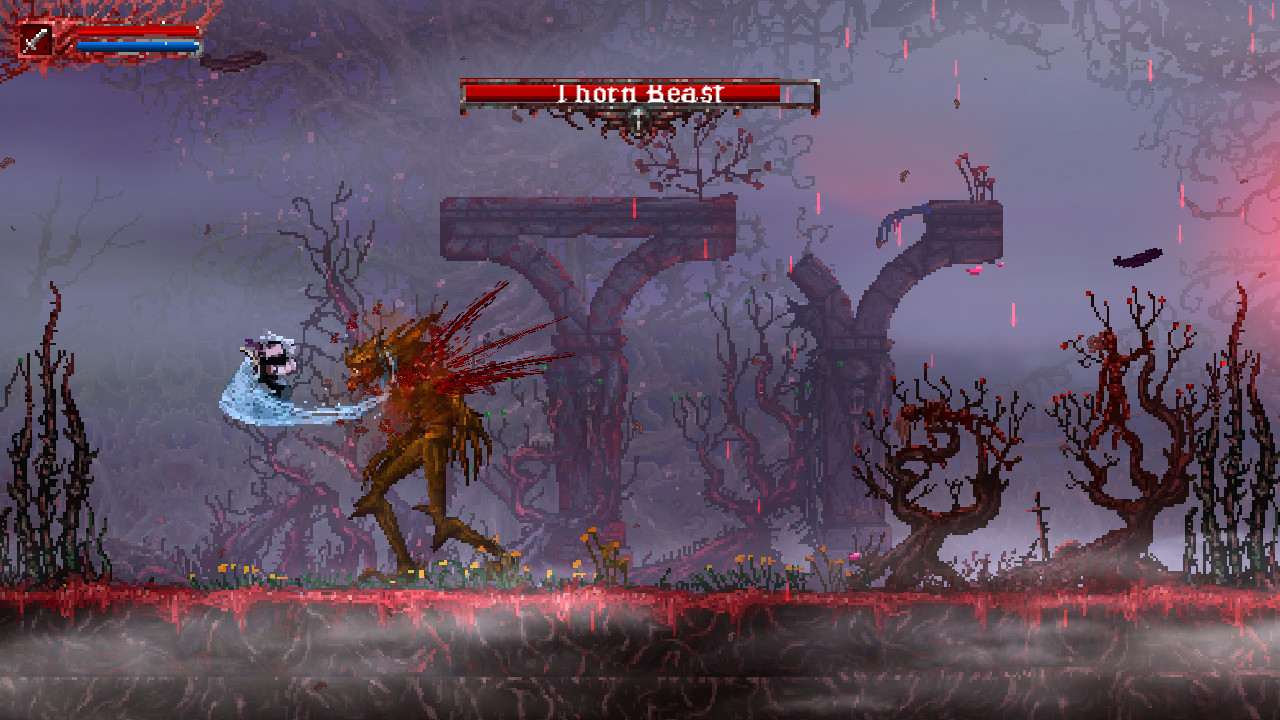 There's his sword, which can do a series of slashes, or you can charge it to do a powerful thrust, which requires some timing. Then you have the ability to unleash a magic blast. The blast requires mana, which is also hard to restore, although you can stun enemies by blocking attacks at the right moment, then counterattacking for a sure-kill. One other method is to reach a checkpoint. In fact, aside from a few health and mana drops, that's the only way to recover. Trust me: this game is hard. You will die a lot.

Slain only has a small handful of levels, but they are pretty lengthy. The basic gameplay structure doesn't change all that much, but the levels are interesting enough with these simple mechanics and puzzles to challenge players. Combat is satisfying by itself, but it might have been nice for the game to have some kind of power-up or upgrade system of some kind. It's like a more forgiving and heavy metal-inspired version of Rastan. (Bathoryn even head bangs at the end of a level!) If you like a challenge with a very metal aesthetic, check Slain out! It's $13, so it won't hurt you wallet too much either. 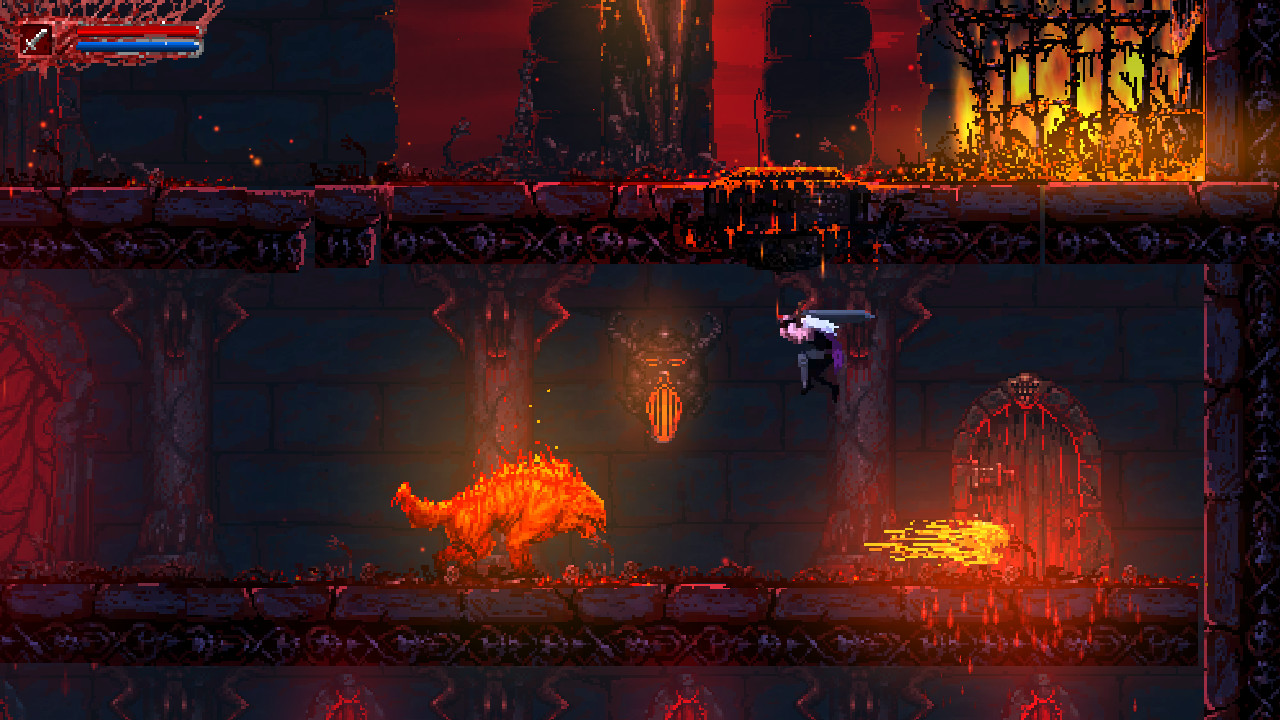 The Good: The gameplay, while simple, is satisfying.
The Bad: No power-up or upgrade system to speak of makes the game a bit tougher and un-scaleable.
The Ugly: Try beating the game without getting hit for an achievement.

SUMMARY: Slain is a fun, yet challenging action side-scroller with a metal soundtrack and a decent price.