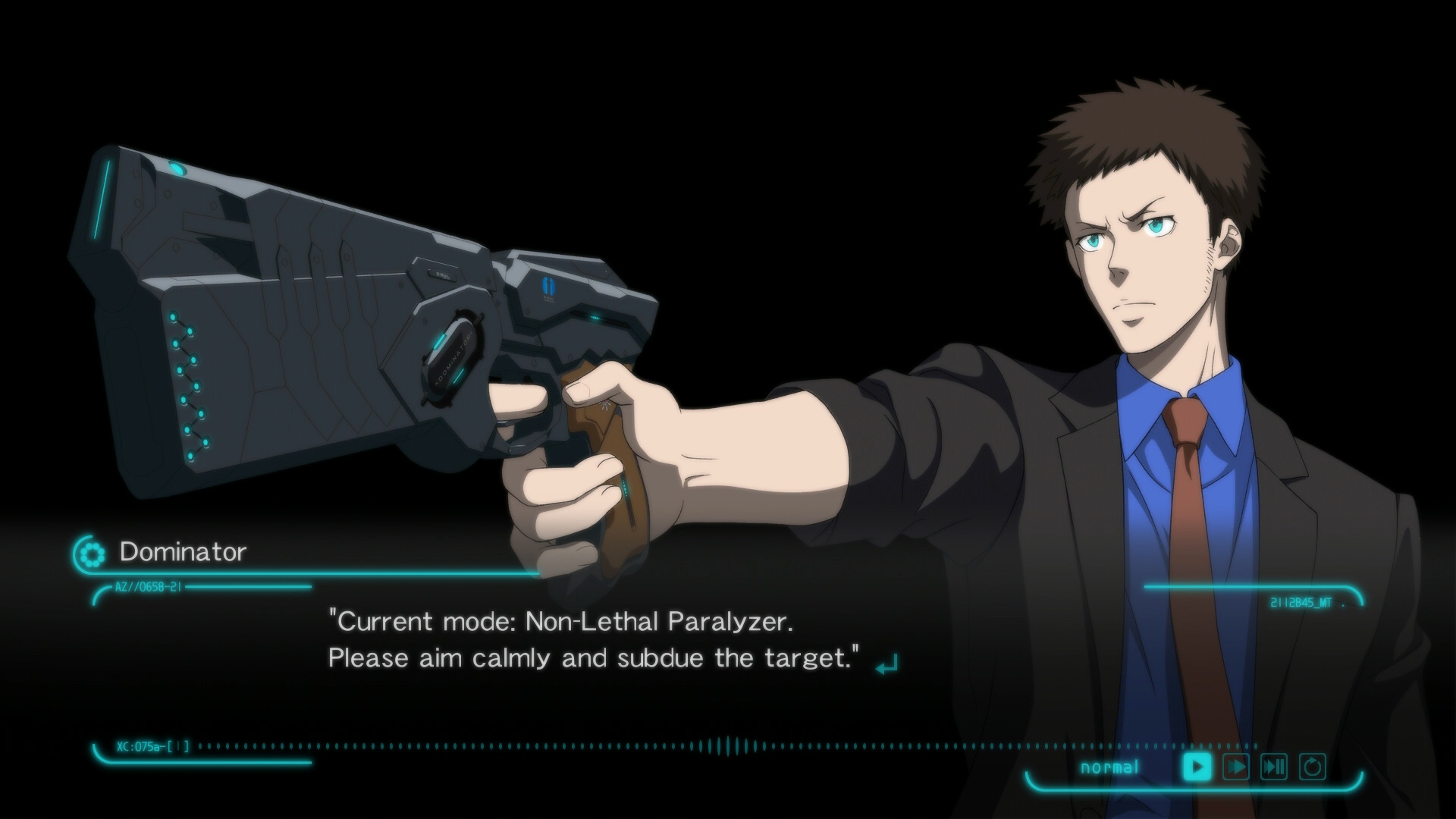 Psycho-Pass is a very interesting anime about a dsytopian future where people are judged on their potential to carry out crimes, rather than reactively responding to crimes. It was a pretty good show that got some attention about a year ago, so it's only natural that there would be a game about. Mandatory Happiness has an original story set around the fifth episode of the first season before its larger plot takes over. Despite it being disconnected from the show, it's a good enough companion piece that I encourage readers to experience.

Psycho-Pass: Mandatory Happiness follows your typical visual novel system of a storyline that can be witnessed through two perspectives, each with branching paths and endings. Regardless of which character you choose, the core story focuses on an AI that has decided that the best way to save humanity is to fulfill their happiness, even if that means breaking more than a few eggs. Of course, this also plays into the messed up society that's been built by the Sybil System, where people's lives not only are decided for them, but can decide whether or not they are criminals worth executing on the spot, gruesomely no less. This is all for the sake of maintaining a 'peaceful' order. 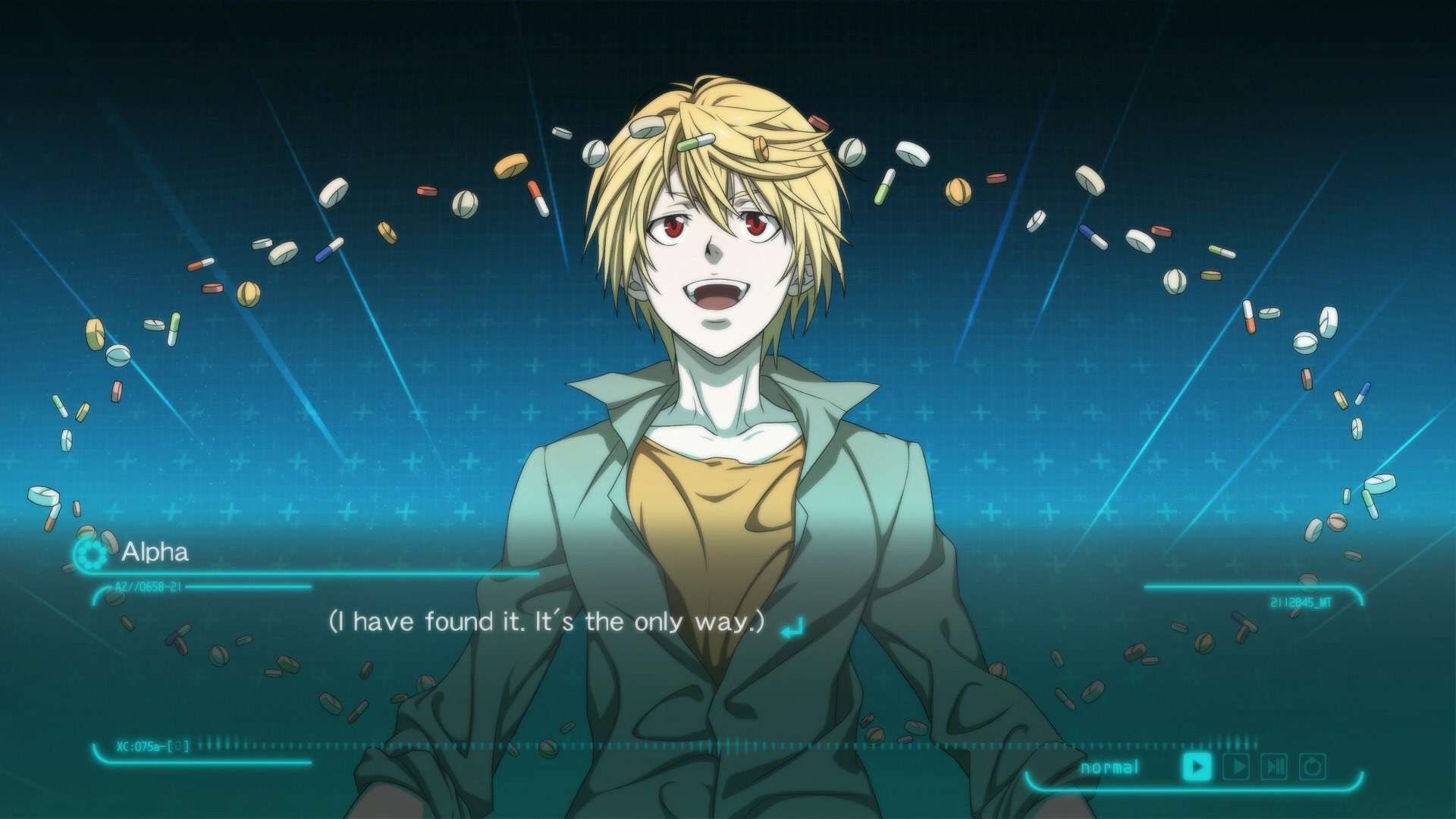 Mandatory Happiness takes the basic idea from the show and precedes to present what the natural consequences of constructing such a society has on the citizens' mental health. It's a rather short game, even despite the multiple endings and two viewpoints to experience, and combined equal about 20 hours of playtime. The story is good, but there's no cross-saving between the PS4 and Vita versions. Its PC version is still due out later, but strangely the Xbox One version wasn't localized (and probably won't be).

There is an English dub to the show, but -- sadly for dub fans -- this game is Japanese audio-only. While it is a visual novel, the story plays out more like a sound novel, where the text is supposed to tell the story, with usually only a background image to look at. This is weird since most sound novels darken the screen and pull down the text in a more book like format. I think the team kind of stumbled here. 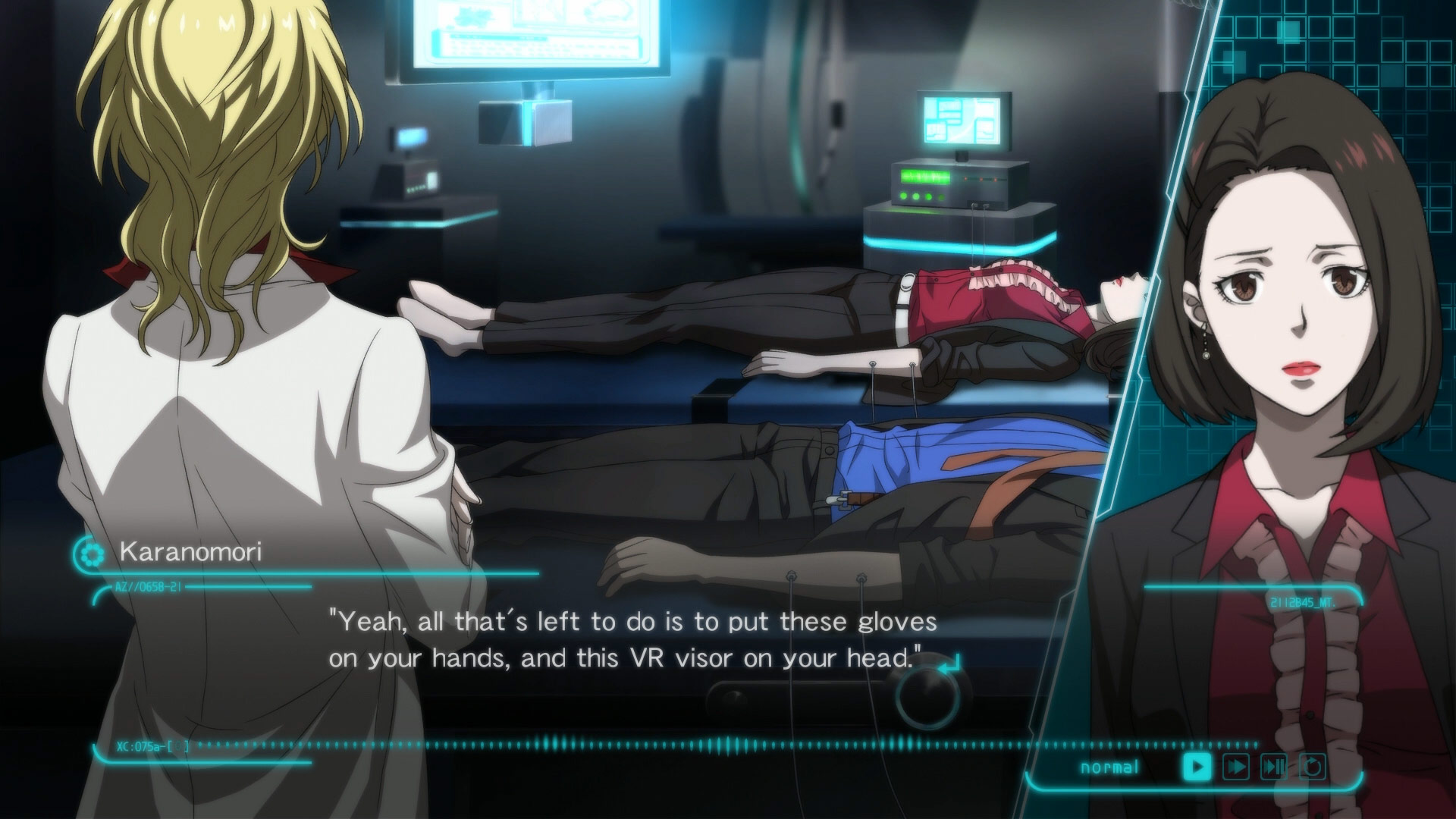 However, Mandatory Happiness still tells its tale well, and each chapter feels like a TV episode. The game also does a decent job with the series' world-building than the show does in its two seasons thanks to it's lexicon. One thing I wished the game has done better was a layout of the button configuration being made available in-game. PS4 typically doesn't have e-manuals, so having a cheat sheet somewhere would have been a good boon. There are also some typos, but it's generally fully legible to not be too big an issue. If you liked the anime or just need a dose of social science fiction, Psycho-Pass: Mandatory Happiness is a good bet.

The Good: The story is actually pretty good and features two perspectives with multiple endings.
The Bad: A lot of the activity is spoken about rather than visibly demonstrated.
The Ugly: Will spoil some things in the latter half of the anime/game depending on what you experienced first.

SUMMARY: Psycho-Pass: Mandatory Happiness is a good companion piece to the anime's first season, and a good visual novel even on its own.