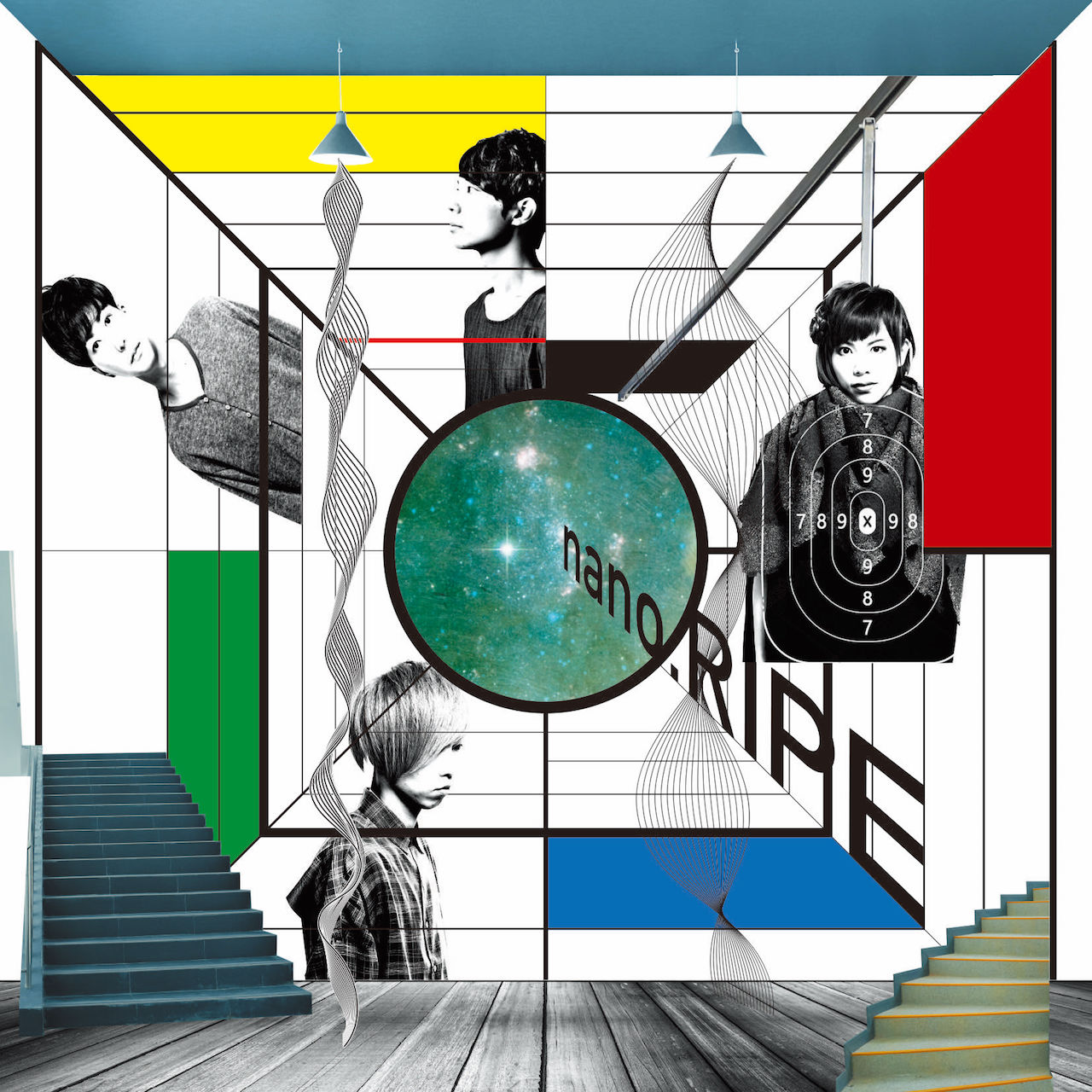 nano.RIPE's fifth album Space Echo arrives during a strange moment in the band's life. At the end of the year, bassist Nobuyuki Abe and drummer Yūki Aoyama will be departing the group, leaving frontwoman Kimiko and guitarist Jun Sasaki as the only core members. However, despite this impending lineup shakeup, the feeling of sadness is nowhere to be found in nano.RIPE's latest record.

After the spacey intro known as "SN1998A," the album kicks off with "Luminary," as the band pulls the listeners towards a temporary escape from the troublesome real world. Kimiko's peppy mentality comes in strong in "System," a playfully fun song that's filled with adrenaline and some killer guitar riffs. The galactic theme of the album returns in "Akira," resulting in a SPITZ-meets-Elton John concoction that works a whole lot better audibly than one would suspect. Meanwhile, "Dia" beckons towards a vibe reminiscent of X&Y-era Coldplay, with all the band members banging away with glee and emotion to create what is truly this album's shining tour de force.

Anime fans will no doubt find some familiar tracks on Space Echo, none of which have lost any of their spark since premiering on their respective series. Non Non Biyori Repeat opener "Kodama Kotodama" continues to be a charming melody that marches towards childhood memories, whereas Undefeated Bahamut Chronicle closer "Lime Tree" captures the heart-pounding action & romance that engulfs both the series and its light novel predecessor. "Snow Drop," the end theme to Season Two of Food Wars: Shokugeki no Sōma, is seemingly out of character for Kimiko lyrically, as she wonders if she should bother trying for her dreams if she'll wind up giving up later on. While the tone is out of place with nano.RIPE's usual cheerful vibe, this particular track shows that the band is capable of being more than just sunshine and rainbows.

Even though tough changes are about to occur for the band, nano.RIPE's music continues its trend of uplifting and cheerful music with their latest release. Lyrically beautiful and musically energetic, Space Echo keeps its listeners brimming with positivity and hope in ways that other indie pop rock bands fail to achieve. What the future may hold for the group remains to be seen, but one thing's for certain: if Kimiko & Jun keep their chins up and sights looking forward, then things will surely be fine over the band's horizon. After all, if an album like Space Echo can produce this much happiness in just under an hour, then there is hope that nano.RIPE will soldier on with as big a smile as the ones they've given their fans over the years.

Space Echo can be purchased at CDJapan, YesAsia, and Play-Asia