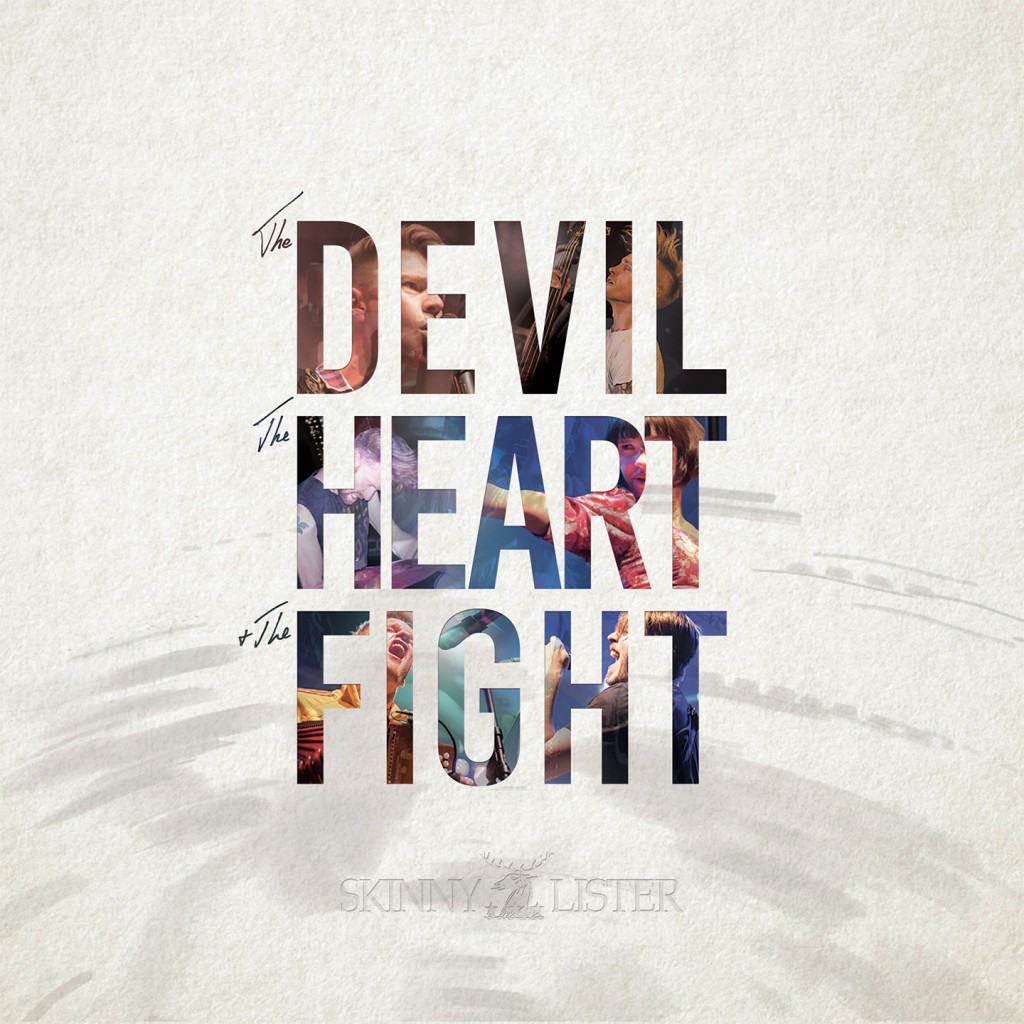 When we first discovered Skinny Lister during their Flogging Molly opening set, we had no idea the level of madness and party-worthy music they would bring to the table. Both 2013's Forge & Flagon and 2015's Down on Deptford Broadway cemented the London-based folk group as one of our generation's best, but now comes the band's biggest challenge: the third album. It's here where most modern-day folk artists stumble (Edward Sharpe and the Magnetic Zeroes) or -- worse -- fail miserably (Mumford & Sons).

Skinny Lister can breathe a big sigh of relief and down a goblet of victory booze. Their third album The Devil, The Heart & The Fight not only keeps to the band's spritzed ways, but also shows signs of maturity. Granted, maturity through beer-goggled eyes, but maturity nonetheless!

Unlike their first two albums, Skinny Lister start things off with a good punch in the face with "The Wanted." As Daniel Heptinstall yells "don't let me down this time" and "I wanna feel alive," the rest of the band breathes love and light into the audible atmosphere. "Georgie Lad" reflects on the old days and way their upbringings helped bring the very best out of them. "Tragedy In A Minor" is a pure Pogues-like sea shanty that takes on the rockiest of weather with a playful middle finger and a can of beer.

Lorna Thomas takes center stage with "Devil in Me," a song whose popish vibe normally wouldn't quite fit with the Skinny Lister vibe. Fortunately, the beauty of her vocals and the traditional musical elements help to push the song into a surprising career highlight. Her and Daniel's "Reunion" duet strips everything down, somewhat revisiting the realm of their debut record's "Colours" that brings back the gorgeousness of the countryside. "Hamburg Drunk" is a wild dance waiting to happen, one with the finest of beers passed around for all to gulp down with a carefree attitude.

The mighty ship the band sails upon returns in "Fair Winds & Following Seas," continuing the party vibe with a nod to the beautiful memories that it has brought thus far. Album closer "Carry" calms things down, with Daniel and the rest of the band sauntering back home with a grin and an appreciation for the camaraderie that surrounds them.

The Devil, The Heart & The Fight continues Skinny Lister's near-perfect track record with the right amount of lightheartedness and worldview appreciation. Sure, this big blue and green planet of ours isn't perfect, but if we took just a moment to acknowledge the good there is, then we can soldier on and do our best to make things better. Skinny Lister's words and music easily helps to find the light in the darkness, and with this third album under their belt, you can rest assure that the greenest of pastures and the sunniest of days are ahead of us.

Promotional consideration made by Sam Brace of Decibel PR. The Devil, The Heart & The Fight is available on September 30th.