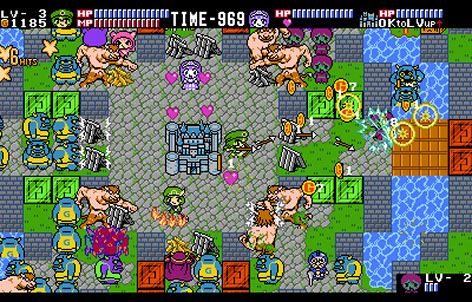 A few years ago, Ancient developed a game called Protect Me Knight on the Xbox 360, a simple tower defense game with some four-player co-op thrown in for good measure. Jump to 2016, and its sequel Protect Me Knight 2 appeared on the Nintendo 3DS eShop as the Engrishly titled Gotta Protectors, a significant improvement over the predecessor's concept of an action-based tower defense game.

Gotta Protectors immediately starts of with a nostalgia tribute by showing a TV with the game getting scrambled and the cartridge needing to be cleaned before it starts. You are then treated to an 80s anime styled opening song, but done in Famicom visuals and sound. The game even uses square waves to make characters 'talk', with terrible sampling. If it weren't for the fact that the game is doing different things with its gameplay and its localization was great, you'd be mistaken that it was made in the NES era. 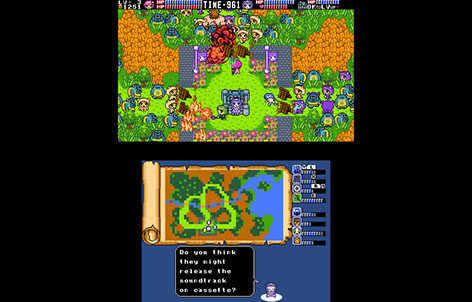 Gameplay works like most tower defense games, but things get interesting once it starts going through various layers. It's an action game where you try to defeat the hordes of advancing enemies, while destroying the generators that produce more. However, the twists come when you have to choose between spending your collected money on leveling up your character or upgrading your barricades to keep the enemy at bay.

The interesting thing with level ups is that you only retain your levels while in the princess's radius. So you might need to push the princess around to expand the radius, or deal with enemies at weaker levels of strength, all while protecting her and the castle. Thankfully you can use collected materials to make your weapons stronger, or improve your skills. There's also a ring system to let you have additional passive skills. The facilities also can be upgraded by spending money that's collected in each level. 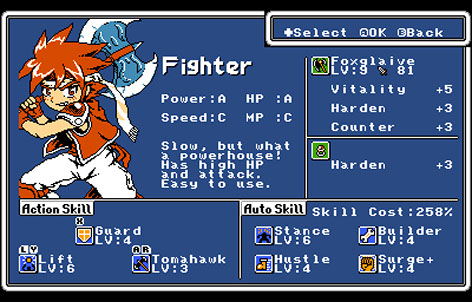 The levels also do a good job at being fresh, as each level has a different gimmick that helps to prevent repetitiveness. There is a story over the game's five chapters and 100 levels, and it's pretty goofy. There's a ninja that might as well be naked, and an Old Guy that has a Gundam and a potty horse. (Don't ask.) But if you want to play a new map, there is DLC; otherwise, you can make a level.

There is co-op play, but it's local only. The lack of online is pretty much the game's shortcoming, aside from the sometimes hammy dialog. Otherwise Gotta Protectors is a fun and strongly recommended tower defense game that can be had for $13. 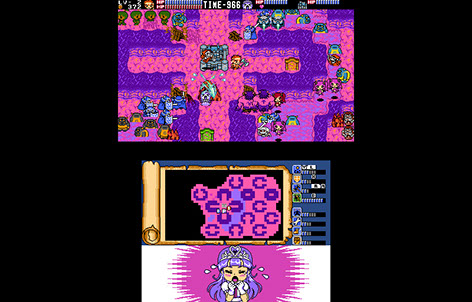 The Good: It's the freshest take on the tower defense despite the retro look.
The Bad: While the localization is good, it can be a bit too hammy at times.
The Ugly: The game could have used some online play.

SUMMARY: Gotta Protectors is a tower fefense game with a retro look, but with some nice & fresh twists to the formula that help make it stand out for the better.