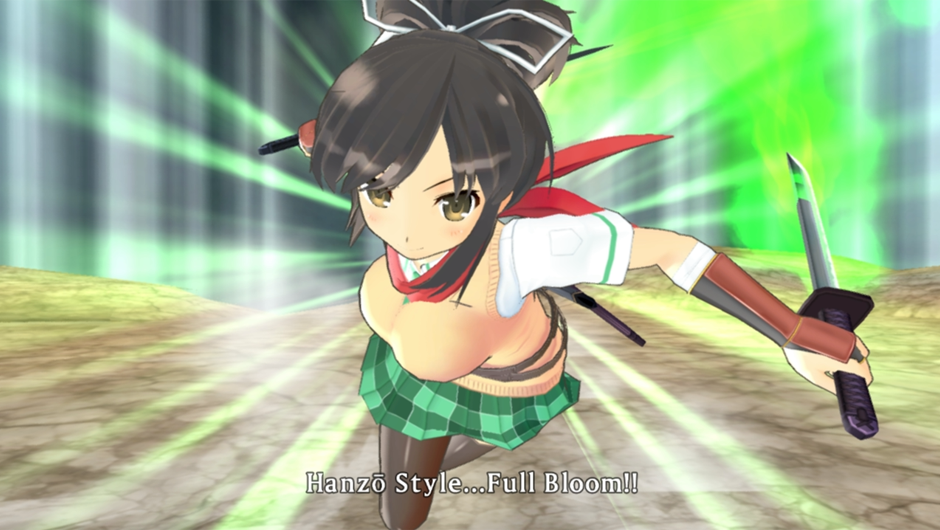 It's been awhile since the 2014 release of Senran Kagura: Shinovi Versus on the PlayStation Vita. Knowing that the series seems to be gaining more traction, Marvelous and Tamsoft have decided to start porting their catalog to PC via Steam. Shinovi Versus is all the better for it, but since it's pretty much a straight port some of its past issues are still present.

Shinovi Versus takes place six months after the events of Senran Kagura Burst, but since it was developed before Deep Crimson it does not take those events into account. As such it's more of an alternate sequel to Burst. The story is how the Hanzo and Crimson girls are getting on with their lives, when they are suddenly challenged by both the newly rebuilt Hebijo School and a rival Good Shinobi school called Gessen. The loser of the battle royale will have their school burned down, while the winner gets bragging rights...I guess. There is a larger reason for the battle royale, and even why shinobi are set up in a way where they even need to fight each other, but that would be spoiler territory. 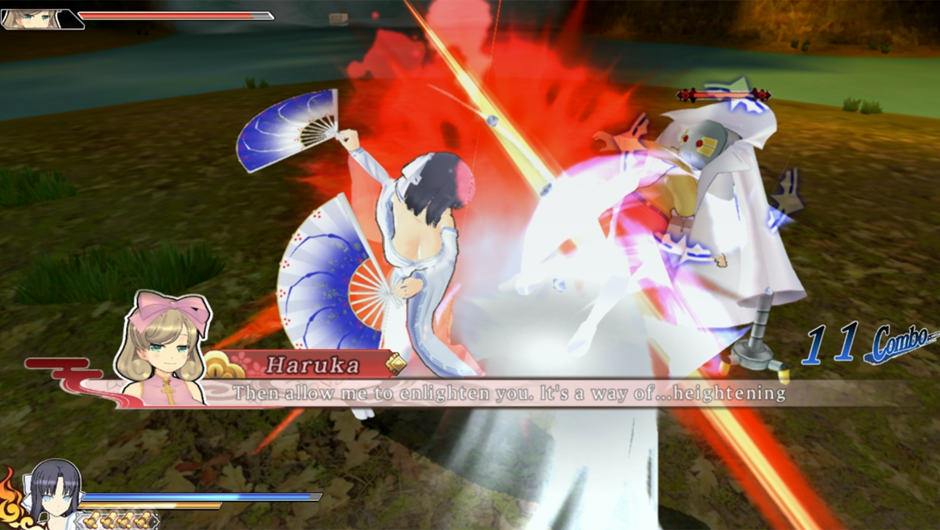 You can initially pick one of three campaigns to play as, with a fourth campaign featuring the Crimson Squad. The stories within aren't all that special, as the game's bread and butter is it's fan-serviced laden gameplay. However the campaigns that are the most interesting among the lot are the Hebijo and Crimson Squad. While the new characters are fun to play as, the personalities of some are a bit off-putting (i.e. Minori, who is pretty much a little girl in the body of busty young women).

Shinovi Versus's gameplay is largely an improved version of Burst and Deep Crimson's, only it makes the full shift from 2D to a more open 3D brawler. There are standard attacks that lead into combos that you can mix with the heavy Break Art attacks, and the Secret Shinobi Arts moves return. Near the end of any campaign, you'll unlock Ultimate Shinobi Arts, which aren't really all that amazing since you need to be in low health, and they don't actually devastate your opponent all that much. 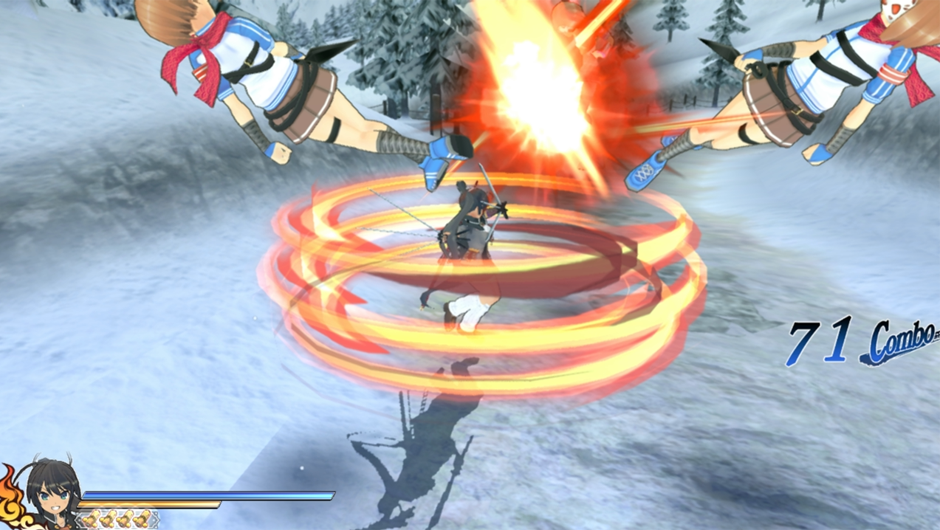 If the developers had intended for the move to be a way to turn the tide of a fight, they failed, as it's easy to get wasted by one of the girls by getting near infinite stun locked by their combos. The only way to break free is to use the limit break button, which consumes a bit of health. Other options are to block or dash out of harm's way. Aerial raves return and can help you stun-lock the opposition, but they also frequently break out of it. This can make it hard to get a good combo going, or exploit another feature of the game.

This other feature of course, would be the return of the clothing destruction mechanic, which reveals the game's fan-service elements. However the game actually takes this further. Being originally on a console that has less restrictions Tamsoft decided to up the perv factor by allowing you to do a lingerie strip finisher. Depending on if you completely destroyed most of the character's clothing, you can remove either the top or bottom layer of cloth completely. Of course it's still an M-rated game, so the naughty bits are censored, with the breasts being covered with an icon of the character's head, and the crotch being covered in a ray of light. Unfortunately for those more interested in the gameplay and not the fan-service, there is still no way to turn this mechanic off. If you might be put off by this, it could be a deal breaker. 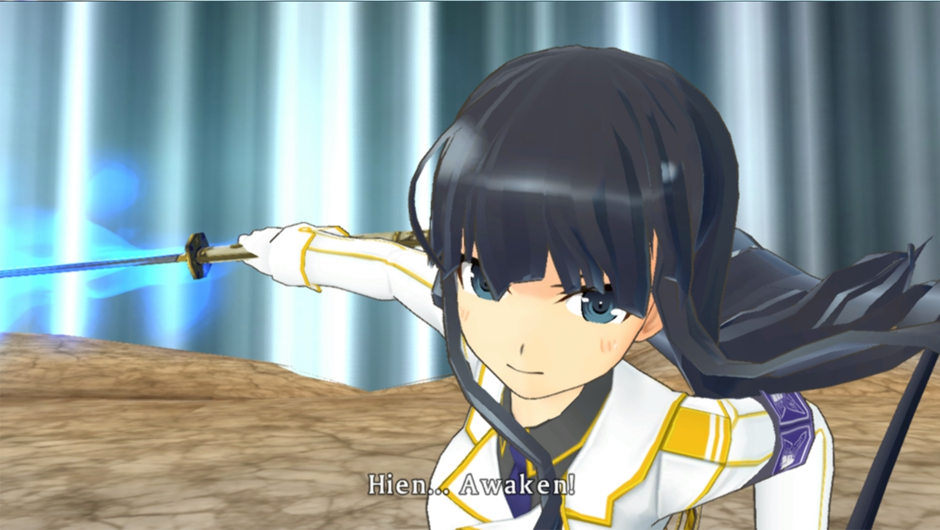 The levels themselves are mostly tiny arenas with no exploration to speak of, but the gameplay is mostly simple fun. While it's not an overly complex game, it does benefit in the visual department being on PC. The characters look better, and the 60 frames per second really make the gameplay experience better. This game is overshadowed by the fact that the follow-up -- Senran Kagura: Estival Versus -- is better, but it's somewhat hindered by the fact that there isn't any PS4 version planned for those who aren't big on the PC platform.

Hopefully the game will sell enough that Estival Versus will make the jump to PC for those players, but Shinovi Versus is still a good time for those looking for cheesy but simple and fun brawlers. There are a ton of extra costumes and accessories to play dress up to unlock, so there is substantive replay value. At a slightly cheaper $30, it's a good time to pick the game up.

The Good: The game plays much better running at 60 frames.
The Bad: Very easy to get stunned locked.
The Ugly: Katsuragi is still super gross.

SUMMARY: The PC port of the Vita game Senran Kagura: Shinovi Versus is very much improved in the visuals department, with running it at 60 frames making for a better experience.