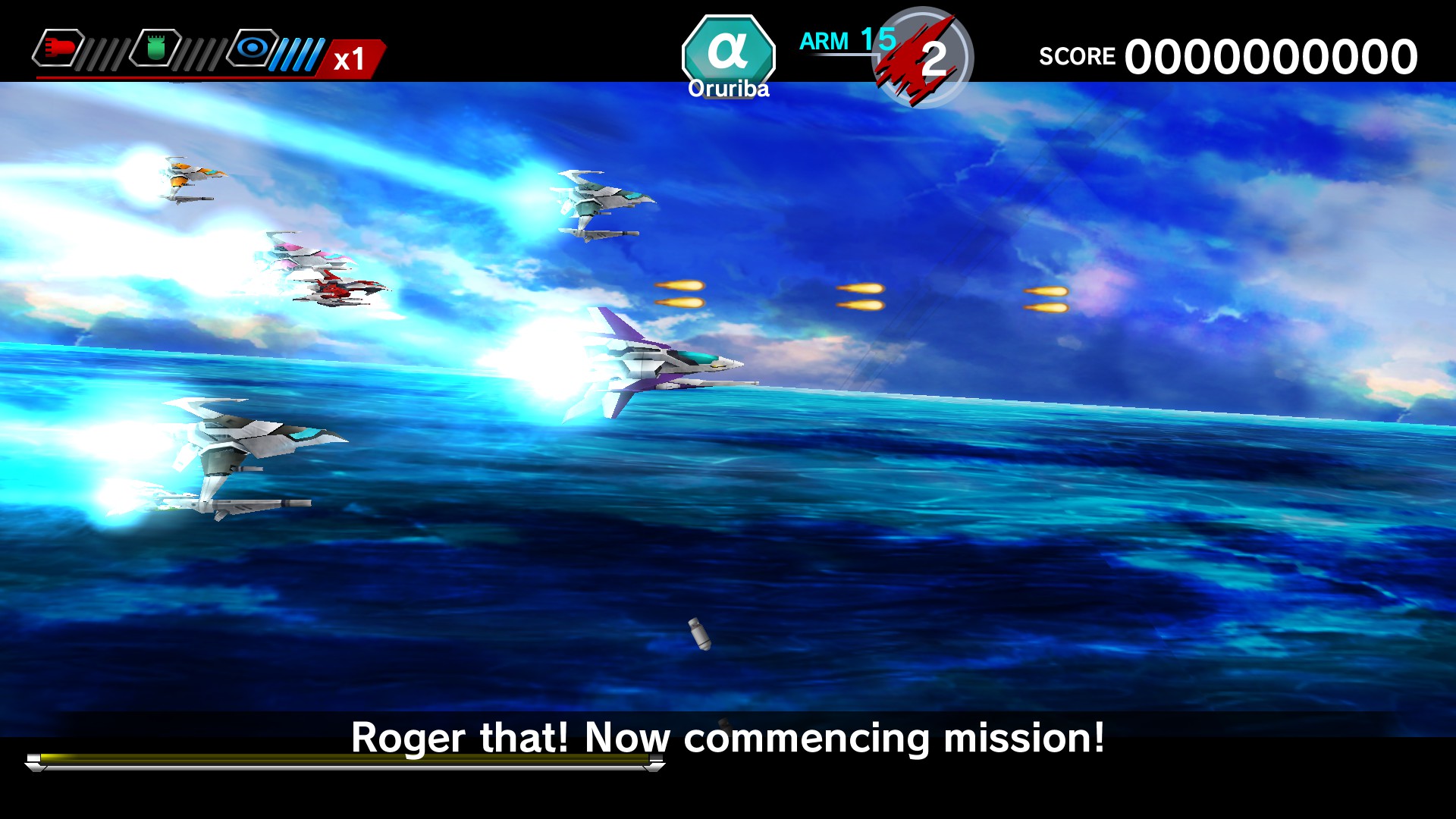 It's been awhile since a Darius game to hit the West, let alone North America. Up until this release, the last Darius game brought to the US was Darius Gaiden for the Sega Saturn in 1995. The PSP release of the Original Darius Burst also skipped a US release, and a revision of it for the smartphone platforms eventually came out. Several revisions later, the game has finally hit Western audiences on a series of platforms more suited to the chump genre in Darius Burst Chronicle Saviors. However this Darius Bust has few tremendous hurdles to overcome that can't be overlooked.

The game plays a lot like the other Darius games, where you helm a ship that faces off against an enemy armada fighting with sea creature-based ships. The ship you select has an array of different weapons, and there are no power-ups. Instead you can collect items that act as a shield that protects you from death. To help you out, a new feature exists called the Burst Beam system. Its weapon is a powerful beam that can be fired from a fixed position and pieces most enemy armor, but it runs out of power quickly. 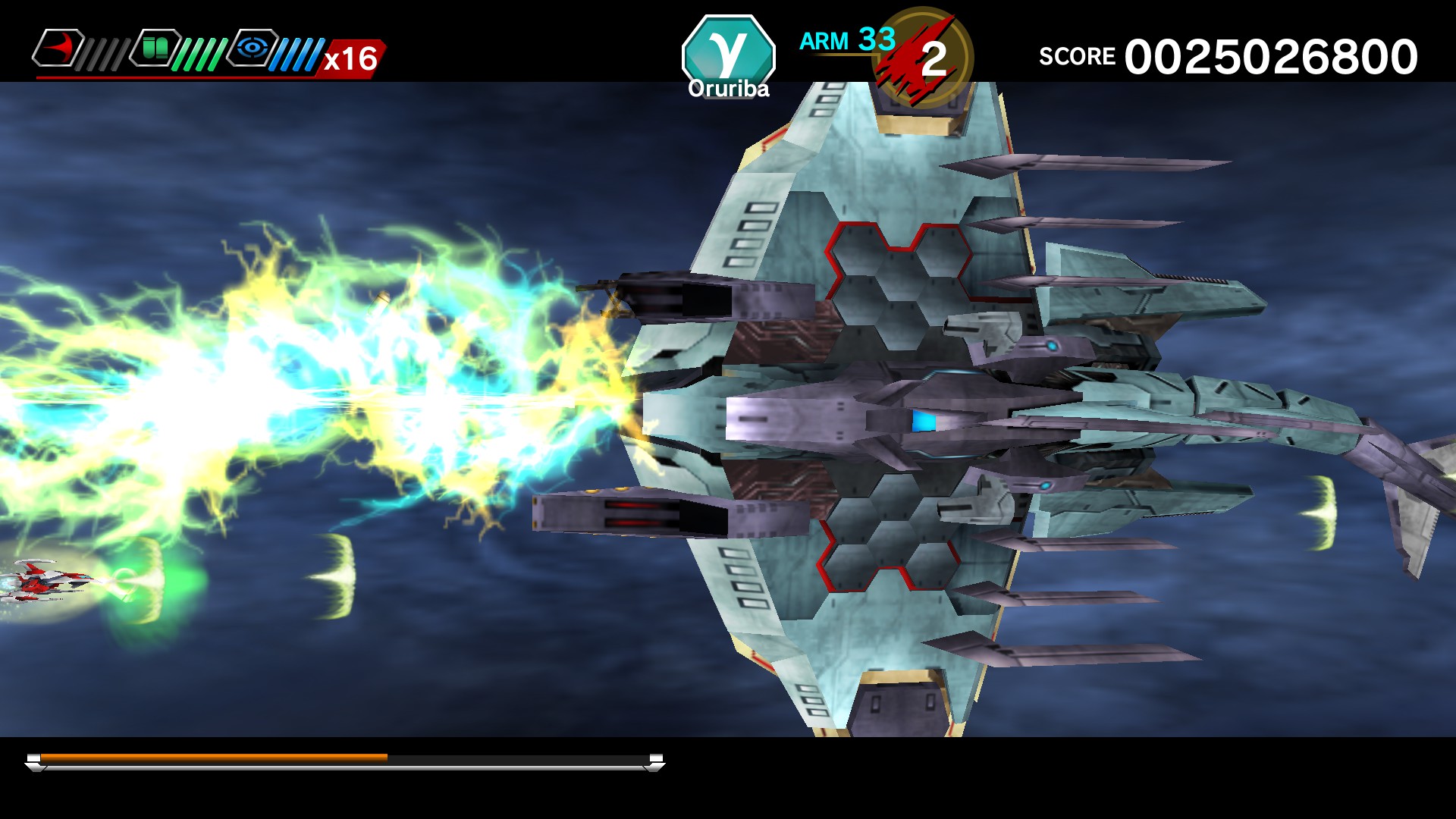 The gauge for the beam fills up with destroyed ships and other damage inflicted to the enemy. Some of your weapon and beam shots can erase the often times long string of bullets to weave through, so using defensive tactics is a good strategy. The bosses in the game are also very hard to deal with until you learn their pattern. Thankfully the game has free play modes so you can play certain sections until you can improve.

Darius Burst has a lot of different modes to select as well. AC mode is the original Arcade mode of the game. After selecting your ship type, you can play to get to the Final Zone, all while choosing different routes that will effect the ending. The game kind of treats this mode as a training simulation that your pilot is playing, using the arcade cabinet to emphasize this.

The only problem is that they might have gone too far with it, as the screen is letterbox widescreen. This makes the screen really small and hard to see things coming at you when everything looks tiny and squashed. It feels like a leftover from the PSP game, and likely works a bit better on the Vita version. More to the point, the CS Mode is the new mission based mode, and it lacks this squashed screen. CS Mode is also good for short bursts of play as you tackle small missions instead of playing the whole go of an arcade mode.

There's also an additional DLC mode where you can play as a variety of DLC ships. However there is a ton of DLC for the game, and asking people to pay fifty bucks for a digital-only shmup with DLC on top might be asking too much for all but the most die-hard of Darius fans. If you like shmups but aren't a big fan of the series, you might want to wait for a price drop or massive sale. The game is also very challenging, so only those who are willing to invest the dedication to getting good will get the most value. But all in all, it's a good game with nice visuals and good music, as well as a treat for Darius fans. 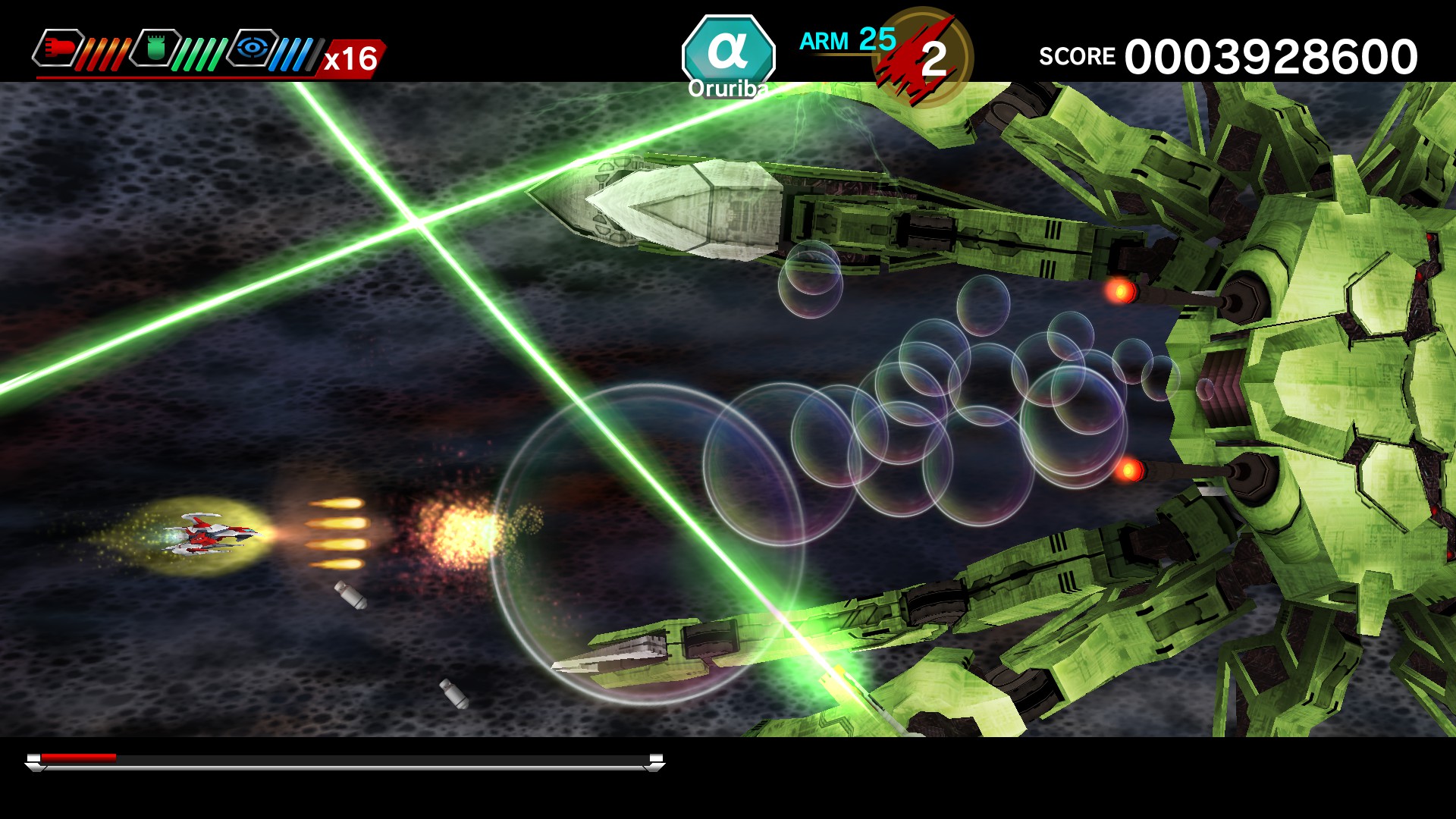 The Good – The Chronicle Mode is a good way to play the game in short sessions.
The Bad – The initial cost plus all the DLC will turn away most players.
The Ugly – The Arcade mode's screen is letterboxed and small, making it a bit hard too see.

SUMMARY: Darius Burst Chronicle Saviors is a fun shmup that's good for short rounds of play, but perhaps the AC Mode screen size could have been made larger.