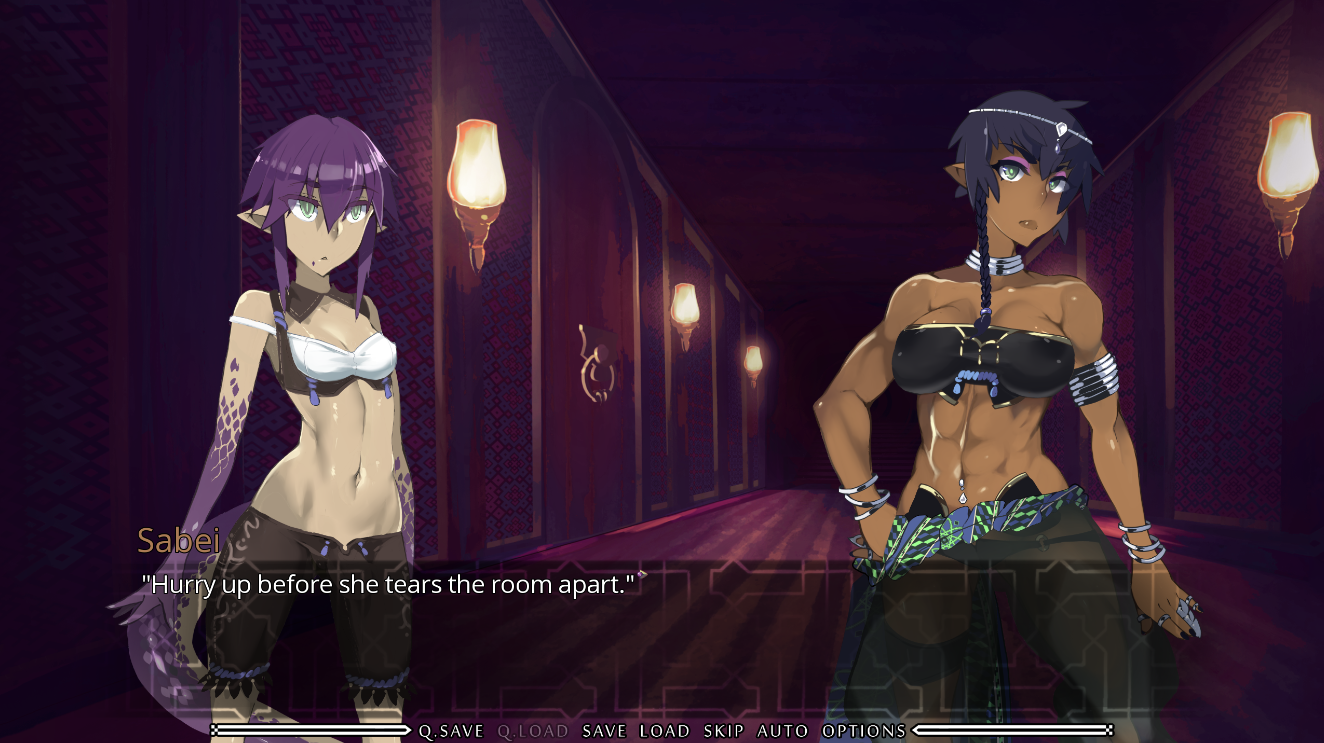 While Western visual novel developer Lupiesoft had started it's first episodic yuri visual novel The Reject Demon Toko, it has also stepped into eroge territory with The Menagerie. The story is light on the amount of sexual content, but it still hits a few fetishes. Much like the sands covering the Middle Eastern-like city of Alabast blow through the wind, the story only gets mildly interesting before drifting away.

The Menagerie is about a young girl named Rao-Ji, who is of the race of creatures known as Drachene. Oh, and she's also a futanari, which has its own name in the game's world. She was hatched in the Menagerie, which is basically a large housing and shopping complex for the corrupt wealthy in the city of Alabast. Because of this she was born into slavery to be raised as a prostitute. 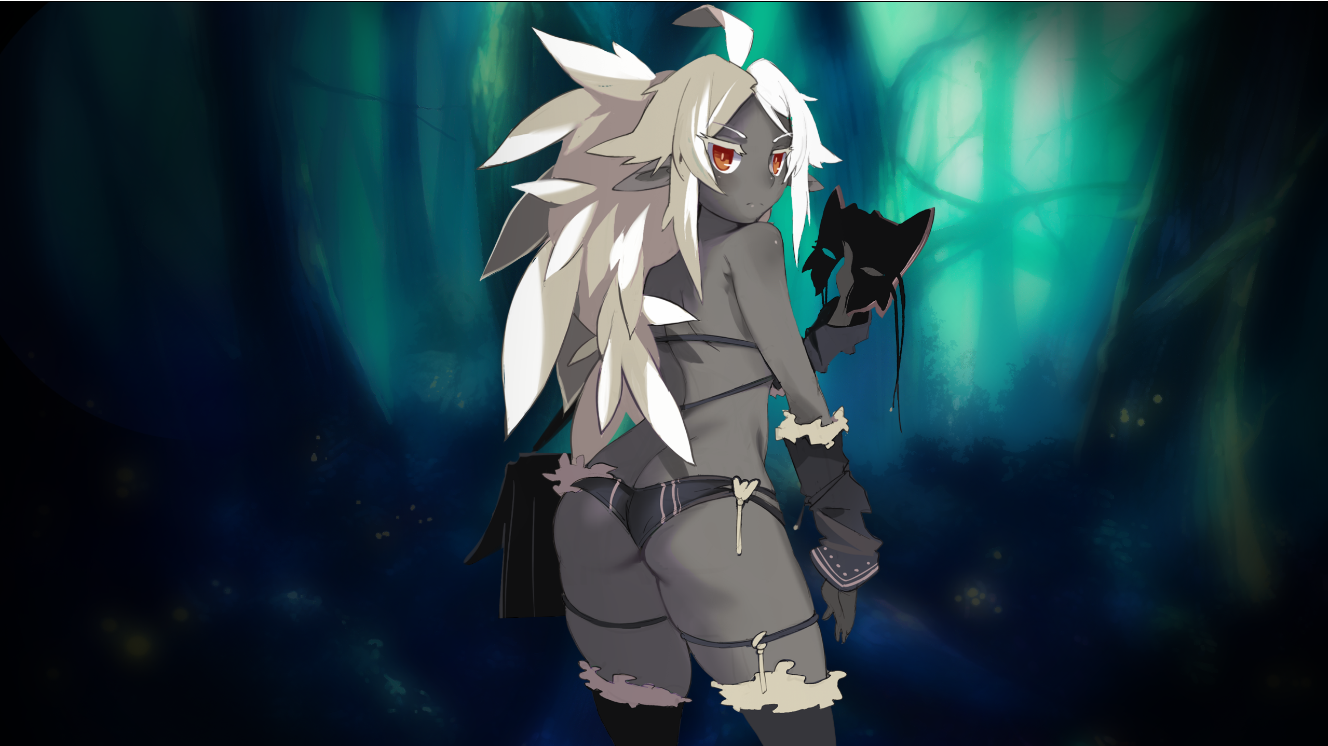 Being as she hasn't known any other life in the Menagerie, Rao doesn't think much of whether or not that her life is far from ideal. Although after some run-ins with several people living there, she finally starts understanding her place in life. Depending on which of the three paths you choose, Rao will enter a relationship with one of her co-workers, and ultimately they will leave the Menagerie. 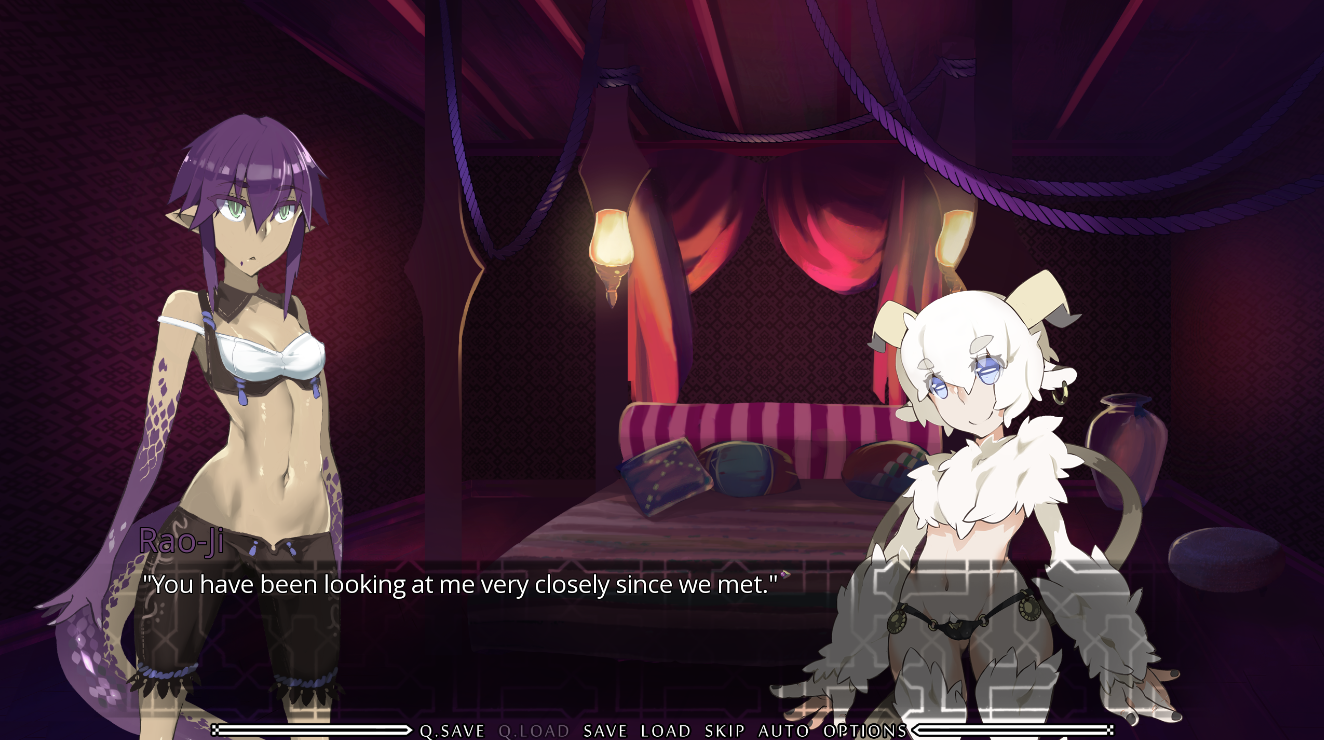 Much like the short music list, the game itself is very fleeting. No matter which path you take, the good ending for any of them will be around two hours, leaving for a game that's about six hours. Such a short length makes it hard for the characters to develop, and the game could have benefited from being just a bit longer. There are even some things described in the text that aren't reflected on screen, like Rao wearing specific articles of clothing or gear. The Menagerie's GUI is also kind of buggy, and it's often difficult to get the game to recognize a click during the save screen.

The Good – All the sex is great fun for those wanting some girl-on-girl action from the perspective of non-human people.
The Bad – It's dreadfully short regardless of which of the three paths you take.
The Ugly – Some scenes described in the story aren't shown.

SUMMARY: The Menagerie is a visual novel taking place in a Middle Eastern setting with futanari non-human characters that, while entertaining, is very fleeting.