ANIME REVIEW | It's a Dog's Life in "Lovely Muuuuuuuco!" 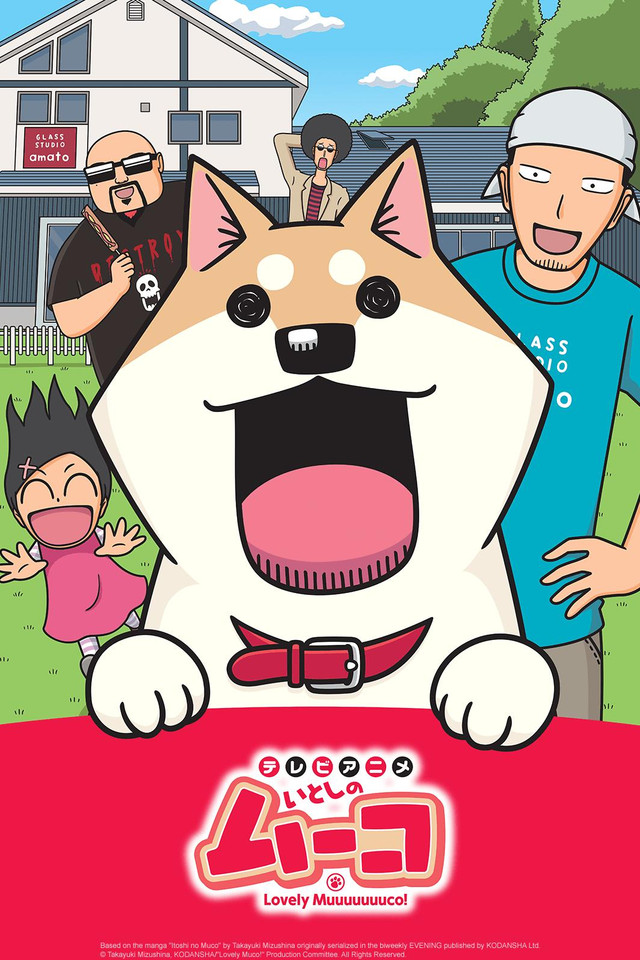 ANIME REVIEW | It's a Dog's Life in "Lovely Muuuuuuuco!"

Pet owners can attest that when it comes to anime based on their four-legged companions, the show just about gets the mentality of the animal right. We've seen it done with cats in Chi's Sweet Home or Poyopoyo! to great results, but not often do we get a chance to witness the magic happen with the less-Internet-famous canines. This has all changed thanks to Lovely Muuuuuuuco!, a new series (technically third incarnation, but new to us!) that has truly gone to the dogs.

The star of this anime series is a Shiba Inu named Muco (Hitomi Yoshida), whose owner Komatsu-san (Satoshi Hino) is a local glassblower. Muco loves pulling the strings from her favorite towels, taking walks and car rides, and inventing new games that she always dubs "Komatsu-san." Her love for her owner is very apparent, to the point where any sort of rival -- including the confused Shinohara (Kaori Nazuka) -- is seen as a threat to her long-lasting merriment. 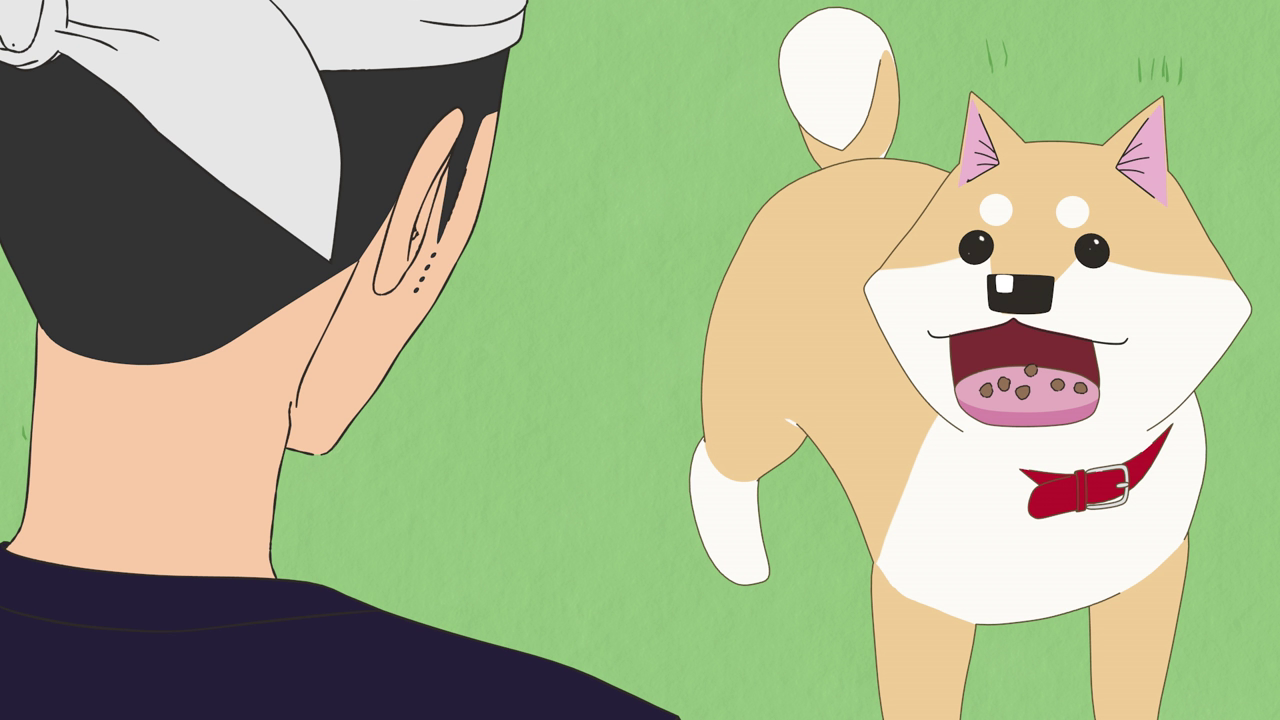 What makes Lovely Muuuuuuuco! a joy to watch is the fact that the entire show is seen and heard from Muco's point-of-view. Everything to her is a mystery, and how she reacts to even the tiniest thing winds up being incredibly funny. The first time she falls into the tiny pond in the front of Komatsu-san's house has her flailing around in a panic, which quickly changes to an "I don't care" attitude that evolves into ecstatic joy. Her reaction to a rainbow is also adorable, with her thinking that Komatsu-san has to build another one for her to see it again.

If you're a dog owner like myself, you tend to wonder what goes on in your furry friend's head whenever it does something confusing or silly. They bark at nothing, want to be chased around the house, and desire your ever-loving attention. How this anime gets the canine mentality down is both clever and eye-opening. Granted almost every dog reacts in a different way, so the show doesn't always get it right. (I, myself, have to chase my dog around the house in order to put on her raincoat, whereas Muco becomes ridiculously happy when she is first dressed in it.) 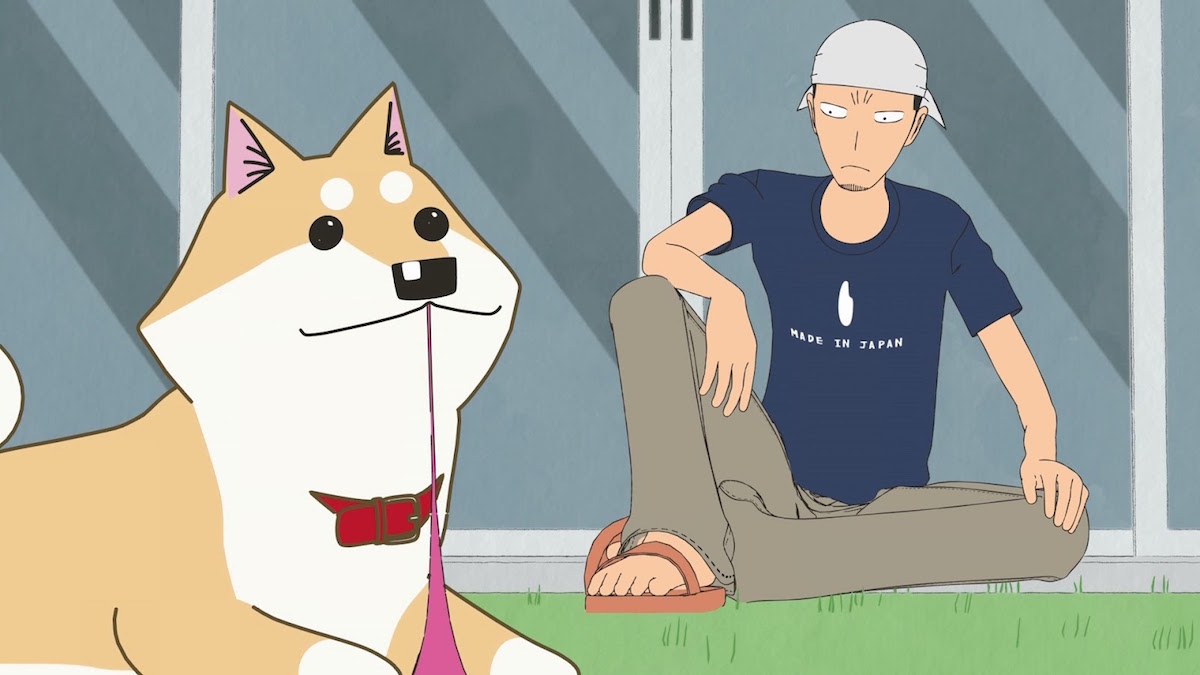 A lot of the silliness and dog-like mentality is possible thanks to Yoshida's performance. Her voice matches perfectly with Muco's hyperactive personality, with her getting riled up by the tiniest sound of thunder or overly happy when she "invents" a new toy called a "stick." While her methods of channeling a dog aren't so clear, whatever Yoshida did to prepare for the role seemed to do the trick. As Muco's owner Komatsu-san, Hino takes on the responsibility of representing a real pet owner. He gets mad when Muco messes up, praises the pooch when she does good, and cares for his pet in the same way a real pet owner would.

Not everything about Lovely Muuuuuuuco! is fuzzy goodness, though. Whoever thought to move the animation production from Doga Kobo (Himouto! Umaru-chan, Monthly Girls' Nozaki-kun) to the Flash-based DLE for the new incarnation should get a smacking from a rolled-up newspaper. Human characters look incredibly awkward when in motion, and the surroundings are pretty bare in comparison to other anime series. The only good parts of animation come in the form of when Muco is in action, be it chasing her tail or acting crazily in front of her owner. While we've seen many great shows work well with Flash Animation (i.e.: Wakfu, My Little Pony: Friendship is Magic, The Amazing World of Gumball), this certainly isn't a fine example of this specific animation style. 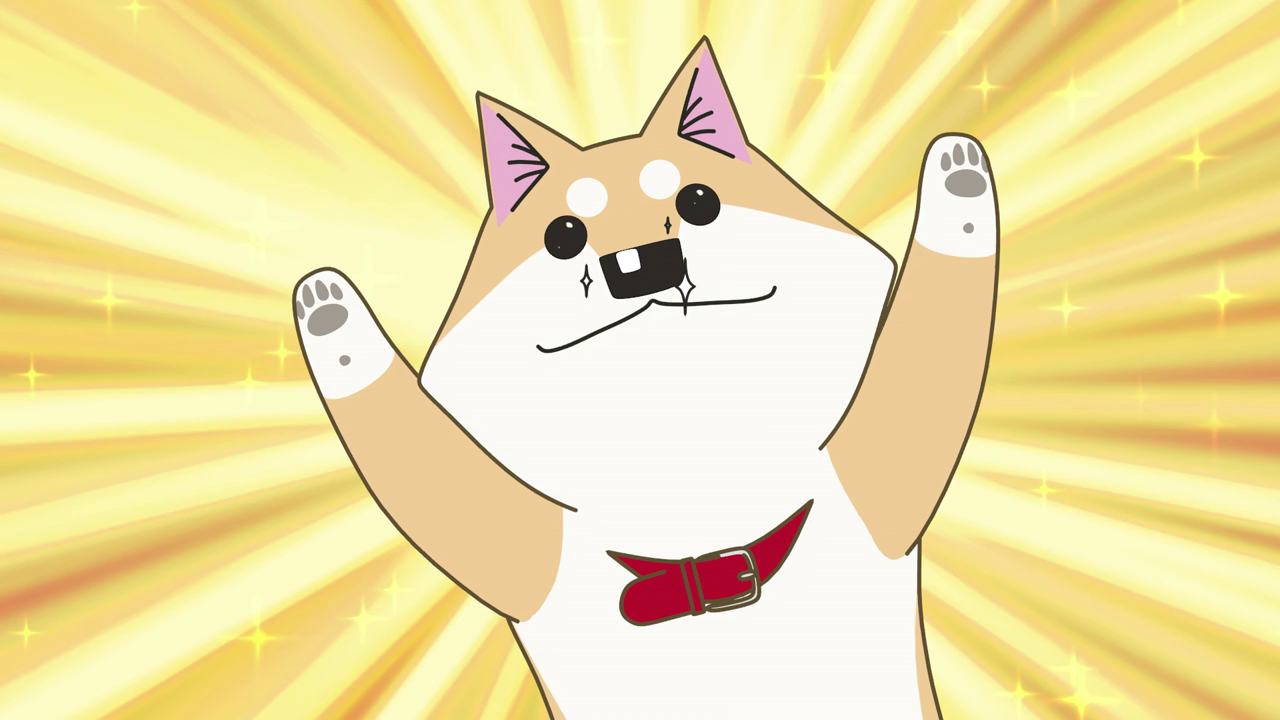 Performed by Hitomi Yoshida, opening theme "SUKI!SUKI!SUKI!" is a love song from a dog's perspective. It's annoyingly adorable and downright silly, but every time you hear it you cannot help but listen. Team Shachihoko's closer "BASYAUMA ROCK" is a poppy rock song that's somewhat catchy, but it lacks the hypnotizing cuteness that the opener seems to have. (Also, not sure if it's done for the hell of it, but why is everyone in horse costumes during the end theme?!)

Lovely Muuuuuuuco! may have its animation flaws, but its crappy look is overshadowed by the clever writing and Yoshida's performance. It's incredibly goofy, but its portrayal of a happy-go-lucky Shiba Inu will have you cracking a smile every time. As Charlie Brown once said, "Happiness is a warm puppy," and Lovely Muuuuuuuco! is filled to the brim with it. Watch with your dog in tow, and see if you can spot the similarities between Muco and your pup.

"Lovely Muuuuuuuco!" can be viewed on Crunchyroll. Episodes 1-8 were observed for this review.