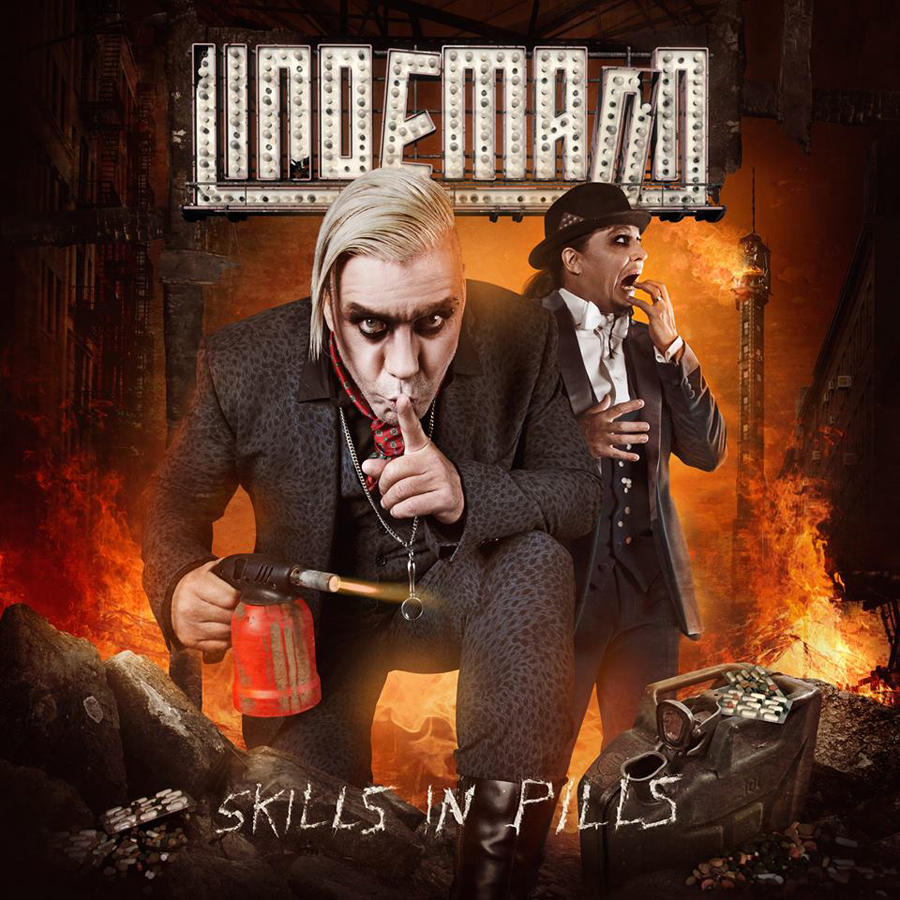 If you are looking for the most powerful vocal chords on the planet, seek no further than Rammstein's frontman Till Lindemann. Anyone who has listened to any track he's featured in knows that the atmosphere he exhales from his lungs is the mood that both frightens your soul and leaves you moved to tears. While Germany's finest metal band is on a well-deserved break Lindemann decided to team up with Swedish multi-instrumentalist Peter Tägtgren (PAIN, Hypocrisy) on his first solo outing: Skills in Pills.

Recorded entirely in English Lindemann growls about the dirtiest (and sometimes kinkiest) kind of love, in a way that is more humorous than terrifying. It is known that the man who sometimes comes equipped with fiery angel wings can get silly at times, but here his tongue isn't just planted into his cheek; it impales it. Musically Skills in Pills is trademark Lindemann, with Tägtgren contributing his own dose of gothic undertones and cyberpunk beats. 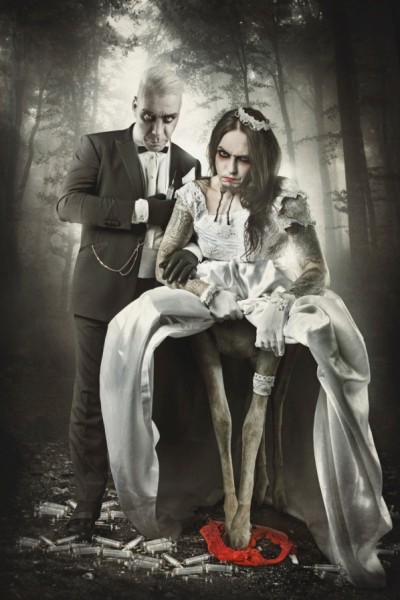 Lindemann does a fine job with singing in English, sounding like it's just second nature to him. It's the content of the lyrics that might raise a few eyebrows. We all know that he can be very sadomasochistic, but hearing it all in a common language sounds rather shocking. (I guess the German language can be more poetic at times.) Its opening title track has our singer engulfing enough anti-depressants and meds that could leave an elephant comatose, whereas the worst that may come to Till would be a minor case of indigestion.

His love for the big ladies is apparent in "Fat," with some pretty graphic limericks about king-sized bras and swampy armpits that'd make any regular person squeamish. The same can be said about "Golden Shower," a song that's about exactly what you think it is. It's the type of track that was surely written whist Lindemann and Tägtgren were having a huge laugh. "Praise Abort," on the other hand, has our singer lamenting on all the unprotected sex he had that has resulted in one too many children ruining his life. (You can just picture Lindemann snickering behind the mic as he utters "I hate my kids.")

Not everything on Skills in Pills is about sex. "Yukon" is the album at its most poetic, with the frontman comparing his love to a deadly river; the kind that's filled with both beauty and danger. Album closer "That's My Heart" is the closest thing to a romantic melody from Lindemann that we'll probably ever get, with analogies of a heart being like a diamond that any man would wish to steal. Meanwhile "Cowboy" takes our wish to be the tough guy, ending humorously with the realization that we're all gonna die old and scrawny.

Those looking for the next Rammstein album may be disappointed in Lindemann's Skills in Pills. However if you are in need of some headbanging melodies mixed with some chuckle-inducing lyrics, then Skills in Pills may just be up your alley. Just be sure that when you have a taste of what he has to offer, the accompanying drink it arrives with is champagne and not...well, never mind.