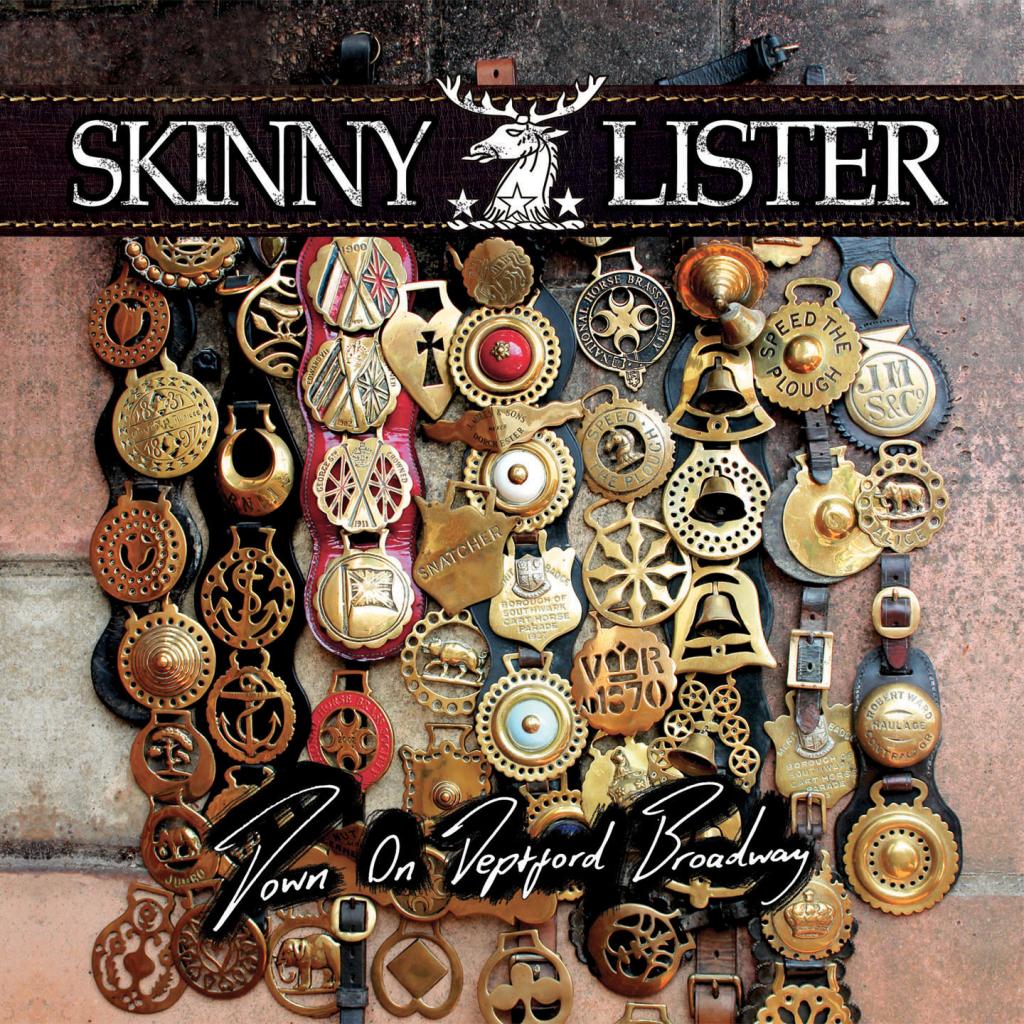 It was two years ago when Skinny Lister washed up on the American shores. A gang of English folk singers with as much pep as liquor in their bellies their debut album Forge & Flagon brought a bountiful of joy and merrymaking within their positive shanties and melodies. Now two years later Skinny Lister returns with its sophomore release: Down on Deptford Broadway.

While Forge & Flagon began with a ride down to the countryside, Down on Deptford Broadway instead takes to the sea with "Raise a Wreck," a foot-stomping melody that flows as fierce as the mightiest rivers. It then jumps into a raucous brawl in "Trouble on Oxford Street," where vocalist/guitarist Daniel Heptinstall and the rest of the band put up their dukes and battle with the rowdiest of pub crawlers. "George's Glass," a song about vocalist Lorna and mandolin/melodeon player Max Thomas's dad, takes their father figure and brings him to the level of legends. He comes off as the mayor of whatever bar he's found himself laying his hat at, with his view of the world around him becoming the more celebratory as the drinks keep on coming.

You'd be forgiven for being thrown off by "Cathy" at first, as it does start off more like a certain Jesus & Mary Chain song. Those who stick around will find themselves rewarded with a track about a lass who always manages to find trouble close behind her as the boys of the town can't seem to stop falling for her. "This is War" is worthy of any adventurous pirate, especially those who are ready to do a little pillaging of both homes and hearts. It's the kind of song where you can smell the rum and scurvy pouring through your speakers at its loudest setting.

Album closers "This City" and "The Dreich" show Skinny Lister at their strongest. The former acts like the final round as last call is about to be announced. Spirits are high, and the dreams of the townspeople sound ever-so close to becoming a reality. Meanwhile the latter is the sunrise greeting a new day, saying farewell to another rowdy night as the rest of the world wakes up from its slumber.

Down on Deptford Broadway captures the same spirit and sound as its predecessor, only more amplified and alive. Skinny Lister easily brings a live setting into a studio album, a talent that only a few select artists in the world can truly do. You probably won't find a more exciting folk album this year, and with the warm weather starting to arrive you can bet on hearing this record blared across many an outdoor celebration. After all, when Skinny Lister is around, the jamboree they drag around never stops partying.

One-On-One: Jack Terricloth of The...