HomeVideo GamesLost In An Alien World In "Axiom Verge"

Lost In An Alien World In "Axiom Verge" 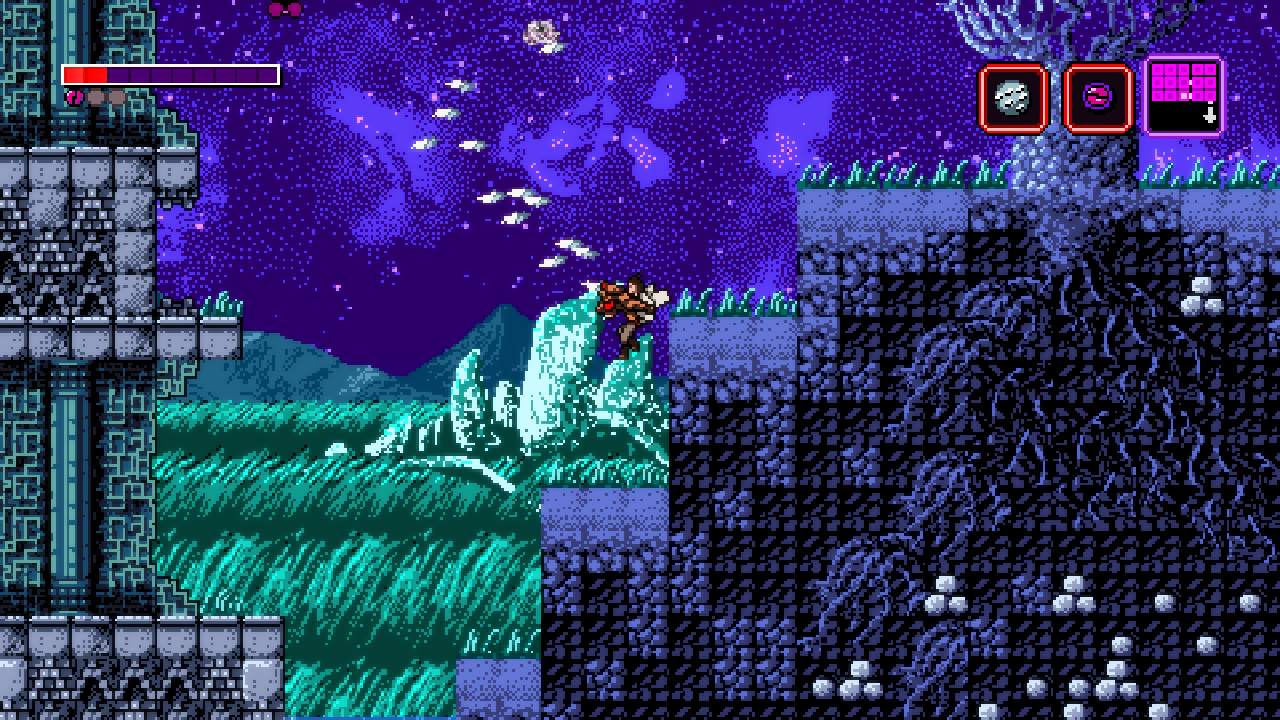 Lost In An Alien World In "Axiom Verge"

The Metroidvania genre has grown really big, almost to the point of becoming over-saturated. Among them all, none are so closely imitated as Axiom Verge. The game is practically a love letter to the genre, and it very much fills a void that Nintendo itself seemingly refuses to answer. It's a lovely experience, but just be prepared to deal with some of the faults that got emulated, along with everything else that was good about Metroid.

Axion Verge is about a scientist named Trace, who is transported to a strange world after a terrible accident during an experiment. An AI tells him to pick up a gun in the left room in order to help her. Not having much of a choice, he agrees to help, as he might be able to get some answers and -- hopefully -- find a way home. From there, players will run, jump and shoot through different locales while collecting new tools to get to new areas. You can use many different types of guns,  which some are melee-based whereas others are better suited for other bosses, as they may have better reach or damage benefits. Bullets have various effects, like one that can detonate to split into smaller bullets and another that acts like a yo-yo is another. Also handy are the drill and lab coat, the latter of which lets you warp through thin walls to uncover many of the game's many secrets. 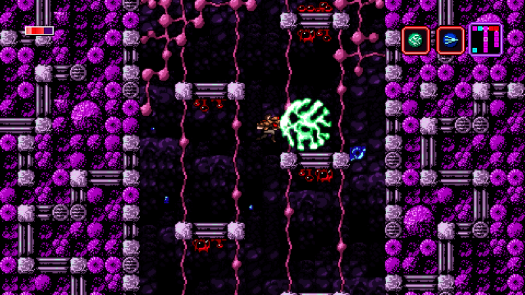 The game's story is somewhat interesting, but a lot of the time you might be scratching your head at many of the questions that are raised rather than answered. There are some hidden notes that you can collect to get a little more back-story, but they only do so much. However there are multiple endings, so maybe more story bits are revealed in those. But man, are those secrets ever hard to find! This even extends to sometimes not knowing where to go at times. If you don't pay close enough attention to the dialog, you could spend a lot of time just aimlessly wandering. The dialog sometimes tells you where to go, but doesn't really tell you how to get there. While this can be seen as annoying, it can also be seen as an opportunity to explore, which is where this game's biggest strength lies.

Just finding all of the items in all of the nooks and crannies is a joy in its own right. The combat is also fairly enjoyable, even if some of the weapons are mostly useless. The music is groovy, and while the lo-fi graphical presentation is kind of overdone nowadays, it looks pretty great since care was given to its look. There are some things that would have been nice, like having your next objective highlighted on the map, or some kind of fast travel other than a hub that ferries you between the areas. There is a mode for speed-runners, so that omission seems incredibly odd. Axiom Verge is still a blast to play, and it's one of the better games of its genre released this year. Even though the $20 price tag seems a bit steep for a digital indie title, it's definitely worth it. 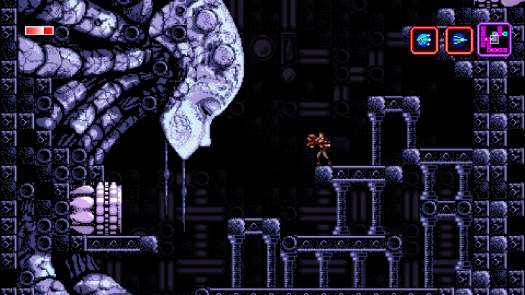 The Good – Has a lot of secrets to uncover and weapons to mess around with.
The Bad – Some of those weapons are useless.
The Ugly – Um, the boss monsters certainly are.

Summary: Axiom Verge is a Metroidvania that very closely imitates its source material to make up for the absence of source material. It so closely pays homage to the genre that it has a few flaws carried over from it.

PSA: The PC release will be available on May 14th