HomeAnimeMoving Right Along With "The Rolling Girls"

Moving Right Along With "The Rolling Girls" 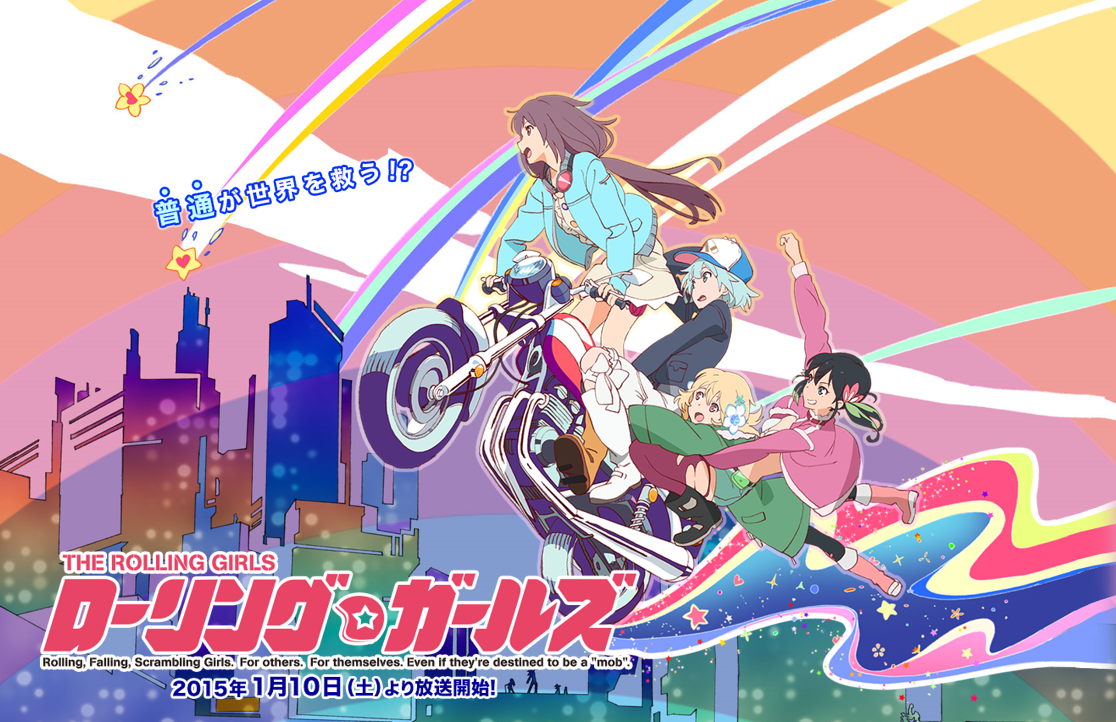 Moving Right Along With "The Rolling Girls"

On one hand The Rolling Girls is quite the gorgeous and entertaining show, marked with its own unique style and attitude. However what we are given in the first two episodes of this anime doesn't mesh well with what has aired right after. Can that be considered a kind of identity crisis for The Rolling Girls, or does the way the story is being told mirror how the characters grow during the series' progression?

The Rolling Girls starts off ten years after the Great Tokyo War, where the vast majority of its wealthy and politically-powered population has disappeared. Japan's ten prefectures have become independent states, with each state run by past war vigilantes known as Bests. (Their followers, of course, are known as the Rest.) The shows follows a rookie Rest named Nozomi, whose friend Masami -- under the guise of the green-suited sentai warrior Maccha Green -- has been injured during a battle. To keep the spirit of the warrior alive, Nozomi travels around Japan to fulfill the tasks that Masami was meant to complete. With the help of her new friends Yukina, Ai, and Chiaya, Nozomi takes any job with all the might she can muster, even if she lacks the strength of Masami. 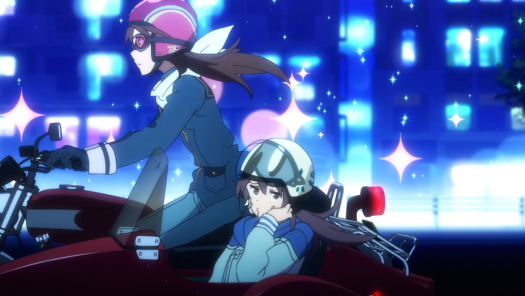 Throughout the series the girls are on the lookout for mysterious heart-shaped stones. These gems grant anyone who possesses them amazing strength, just enough to stand toe-to-toe to the best of the Best. Both Chiaya and Ai wish to seek the stones for an disclosed reason, although in the case of Chiaya it may be related to her presidential parent. As the ladies roll from one prefecture after another the stones keep popping up in possession in relation to their tasks.

The thing about The Rolling Girls and how its story is told is that it doesn't start off as a massive road trip. Rather, what we are given in its first couple episodes is a vibe of epic battles between Bests. A scenario involving Maccha Green's Rest crew being stuck on a broken roller coaster as she fights a rival vigilante gave way to a feeling that we'd see a lot more of that. Instead we are being shown these four girls travel across the country serving the needs of others. 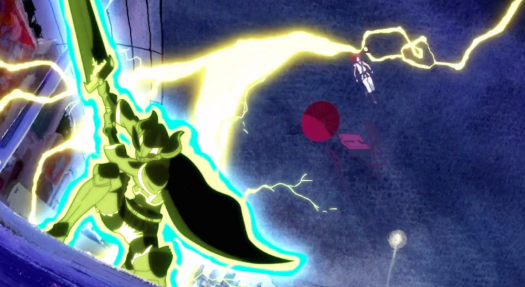 Mind you, I am not bashing this series. In fact I rather like seeing what happens next to Nozomi and the rest of her gang. It's just that when you are given a story that promises tons of big fights and massive explosions, you don't suddenly pull a switcheroo and change the vast majority of the show's plot. Granted fights still happen, and they occur with such vibrancy, but it's not the one-on-one fights that we witness in the beginning. The scenarios in The Rolling Girls are rather enjoyable, from watching a now otaku-oriented Tokyo run by a lolita knight known as Thunderroad to a road race battle that sometimes felt straight out of Wacky Races. (How the Mie Motors' vice-chief spoke reminded me of a certain South Park episode, which will surely get a laugh from fans of both series.)

Wit Studio's animation job here is nothing like what you saw with Attack on Titan. In one instance it has the look and feel of an old-school GAINAX series mixed with Studio Trigger's recent works. (Think FLCL meets Kill la Kill, and you'll get a good idea.) It's when the series looks like bright watercolors, almost as if the works of Claude Monet have been brought to life in full force. This is very apparent in Episodes 7 & 8, where fireworks and a rock concert move about like paint being splattered in a very precise manner. 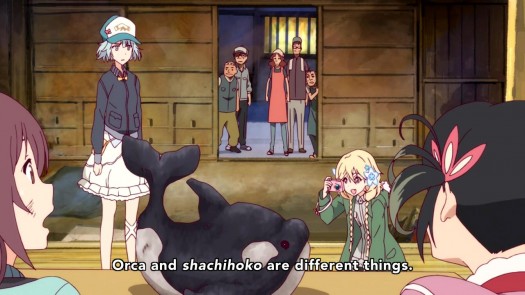 Perhaps the best part of The Rolling Girls is its soundtrack. Its score by Masaru Yokoyama (Arakawa Under the Bridge, Your Lie in April) captures the excitement of battle while also encompassing the mood of a long ride down a highway. It's the insert songs that shine the brightest here, with the voice cast performing covers of the legendary punk band The Blue Hearts. While the female seiyuu may not have the trademark growl of Hiroto Kōmoto they sing the classics with the same heart and fun that the original band brought almost three decades ago. (Maybe we can finally get a full-fledged reunion happening with enough buzz.)

Speaking of the seiyuu, the cast does a good job with their portrayals. Ari Ozawa's Nozomi has that uncertainty of being unsure of how a job will go, coming off well as a frightened hero-in-training. Risa Taneda takes the role of Ai with the zest and energy that belts out of her exposed belly at every turn, with Rina Hidaka's Yukina acting fine as the polar opposite of that attitude. As Chiaya, Yumiri Hanamori plays coy and mysterious behind her true reasons for being on this journey.

Although The Rolling Girls switched gears after its first two episodes, the show is still very entertaining. The characters are likable, the plotlines are fun to watch unfold, and the music and animation are quite enjoyable to the eyes and ears. While it does have its flaws The Rolling Girls is certainly a show that always feels like a journey filled with surprises at every turn, even if a certain member of your group gets herself separated from the rest of the pack.

The Rolling Girls can be viewed on FUNimation.com and Hulu