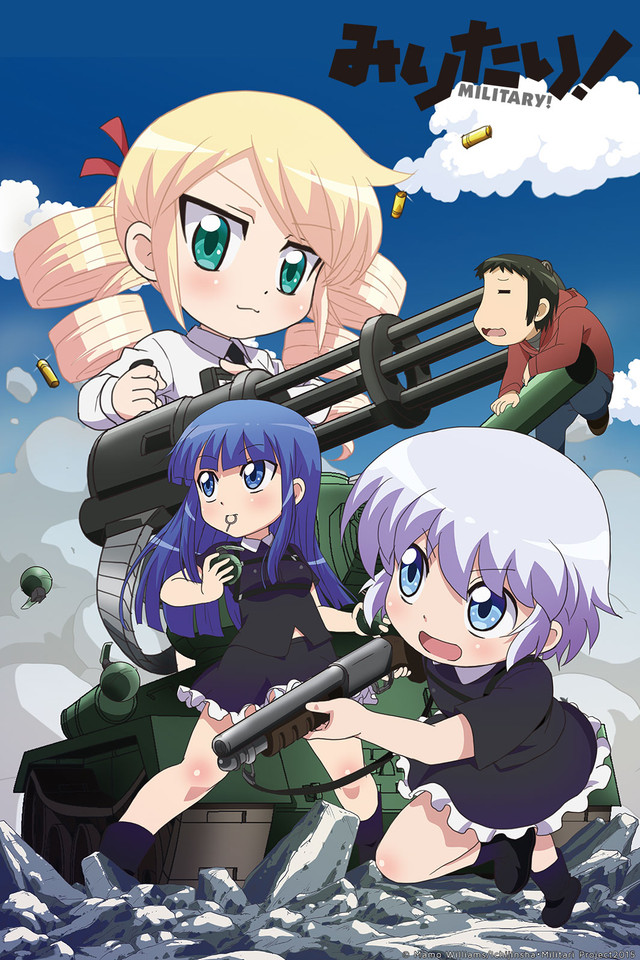 In the past shows like M.A.S.H. and Hogan's Heroes did well with poking fun of the trials and tribulations that occur within the army ranks. This season the anime realm takes a chance at finding comedy within a war-like subject with Military!, based off of Mamo Williams's four-paneled comic. While it doesn't reach the legendary status like the two sitcoms previously mentioned, the gags and jokes found here explode with confidence rather than bomb miserably.

Military! focuses on a young ordinary lad named Souhei, whose world is turned upside-down when a tank crashes into his house. He quickly finds out his salaryman father signed the wrong paperwork, with the old man now a mercenary in some faraway kingdom. A bounty has been placed on him and his family, so in order to protect his son he has sent two soldiers down to keep watch: Lutgarnikov and Haruka, two chibi gals with enough arsenal to take down the Taliban. With this being a comedy, the two soldiers -- along with sworn enemy Sergeant Sachirov -- transform Souhei's world into a living hell. 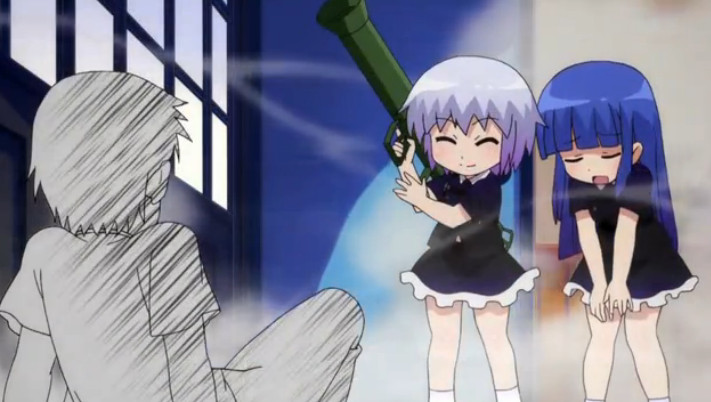 The humor has a similar vibe to Kill Me Baby!, where most of the punchlines come in the form of ridiculous violence. If Souhei accidentally seeing Haruka's panties, she throws a grenade at him; a relaxing time in a kotatsu turns into a missile-filled battle, thanks to the furniture being modded into a utility for warmth and sheer anarchy; and a pick errand to pick up Souhei at school leads to the entire neighborhood being blown to bits. One of the funnier bits appears towards the end of the show, in the form of "Mamo-chan's Military Course". The segment's namesake -- who may or may not be played by the series' creator -- hurries along to describe one of the weapons used by the characters, before a bomb destroys her in a fiery blaze.

For the most part Military! is pretty funny, but in a couple areas the humor can come off stale. The recurring gag of Haruka's underwear being seen by Souhei gets old right out the gate, and already it seems like Sachirov's purpose as an enemy has been replaced with that of mere sidekick fodder. As the show airs in just three-minute intervals there isn't much room to really stick a full-on plot into each episode. Perhaps if they were done in a similar length to that of Hetalia! more could be molded with the script. 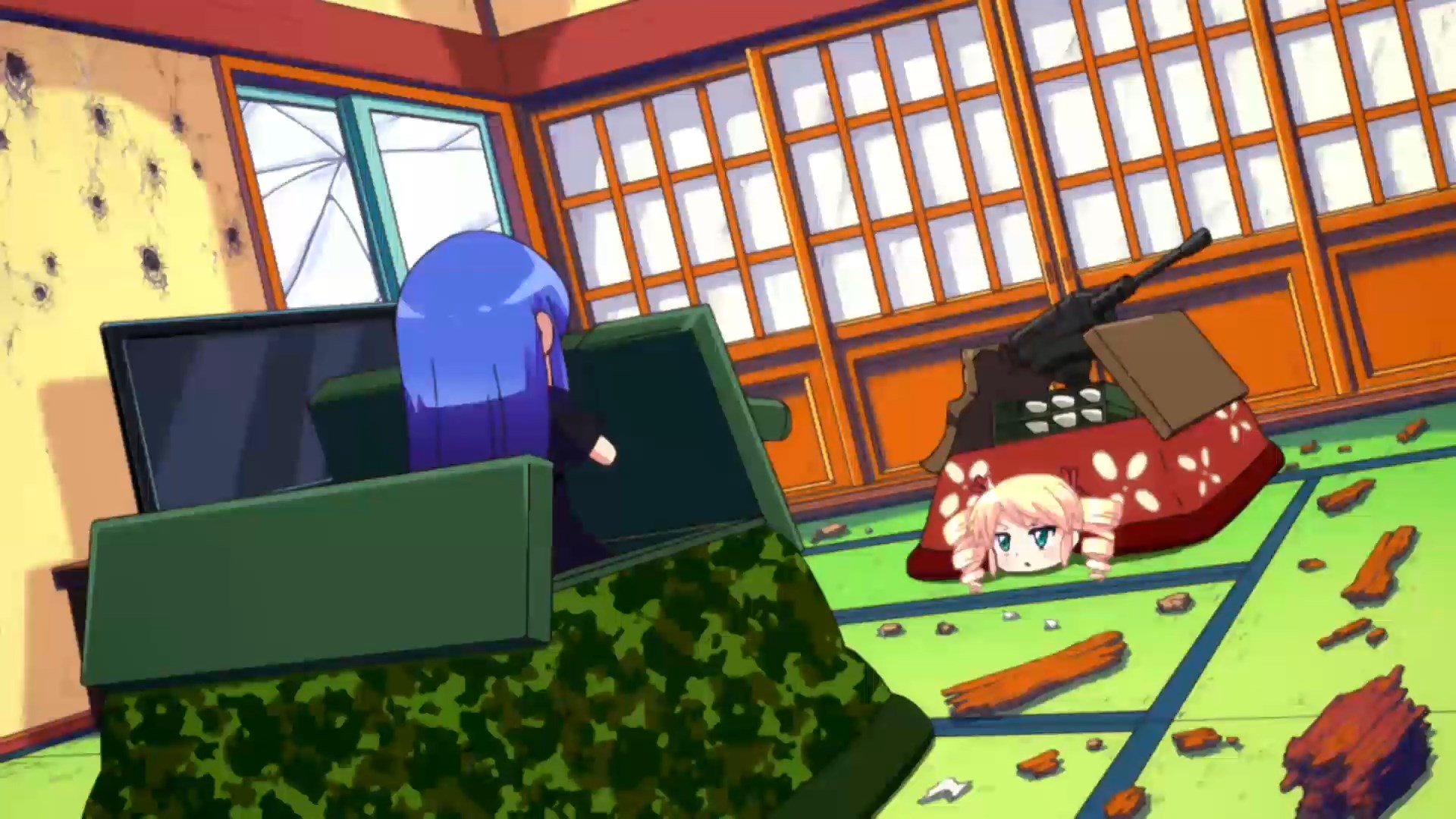 Animation-wise the series is a grade above generic moé-fied spiel. Creators in Pack do an okay job with the physical humor to the show, but it's when the characters aren't doing much when you see the quality dip below the surface. The voice actors sound like they're having fun playing their roles, but other than silly shenanigans there isn't much for them to work with. Fūga Hatori's score isn't much to write home about, coming off as the most bland part of the series.

Military! brings to mind a quote from Brian Henson regarding his father's skit-writing tactic for The Muppet Show: "What my father figured out was if you can't get out, you either blow something up, or you eat something, or you just throw penguins in the air." While there may be a lacking of Arctic birds or large creatures eating much smaller ones, this anime knows how to make things explode in the right way. Military! may not be a great show, but for what it offers it's a fun way to waste three minutes of your time.

Military! can be viewed on Crunchyroll