A Little Slice of Samus In "Xeodrifter"

Posted 6 years ago by Eric Kelly

After Renegade Kid had finished up Mutant MUDDS, they started work on a new project for the Nintendo 3DS called Treasurenauts. Sometime during development, they took a break and started a new project. This short project was Xeodrifter, a little Metroid-like action platformer. While the world waits for other Metroid games and Metroidvanias to come out of the woodwork next year, they can be satisfied with this cute little romp. It's most definitely worth it.

Xeodrifter starts off with a little sequence that shows the unnamed protagonist's ship (presumably the Xeodrifter) getting hit by an asteroid. This destroys their warp core, and now they must venture to nearby planets in search of a replacement. You are free to explore any of the game's four planets in order, but it's only a matter time until you find a brick wall forcing you to go back to your ship and searching another planet to get the equipment needed to get pass that wall, meaning there is still a degree of linearity to the game. Gameplay plays like the aforementioned games that inspire it, and you do some platforming action and shoot aliens in four possible directions with your blaster. During your exploration you can stumble upon secret areas that will often lead to extra health or gun upgrades. 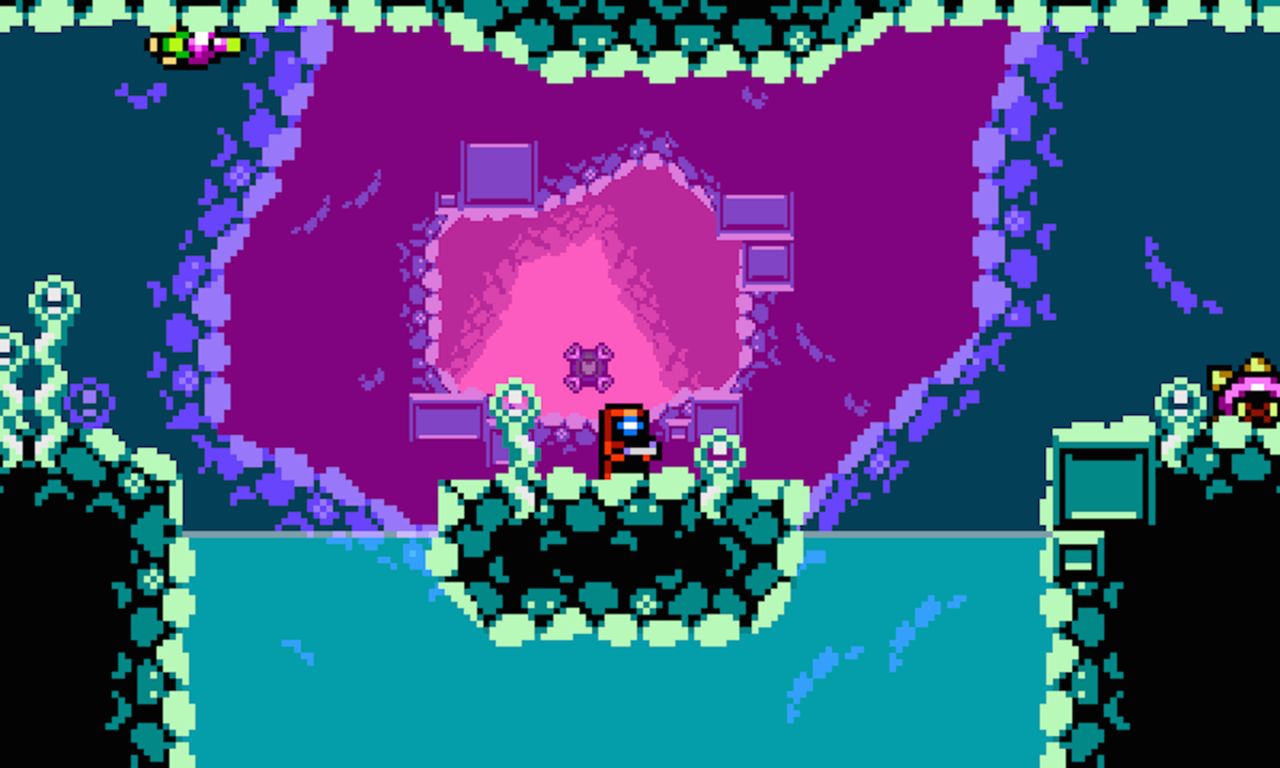 The bosses will grant you the extra abilities needed to make further progress in some areas, many of them also inspired by Metroid with the ability to speed boost or rocket jump. There's even a bit of a Blaster Master influence with the Sophia-like submarine. Even your avatar is decked out in a full body suit. The gun upgrades also can be swapped out in several categories like strength, firepower, or spread patterns. It's nice to have the ability to customize your combat capabilities rather than be stuck with certain weapons for a period of time, unlike the first Metroid.

Xeodrifter is cute and fun, although there are a few shortcomings, not counting it's short length. One would be the challenge level being a bit intimidating, as it's a bit difficult at first mainly due to having such a tiny health bar in the beginning. Enemies that take off more than one point don't help, and -- unless you manage to get to a boss chamber checkpoint -- death means starting over from the ship, not to mention health restoration is pretty scarce. Another thing is the lack of enemy variety, mainly in the form of the game's bosses. They are all the same design, with the only differences being the palette and move-set. This is also the area where the game's challenges kicks up as well, meaning that you definitely will need to remember their patterns, usually after dying many times. Thankfully you do get unlimited retries. 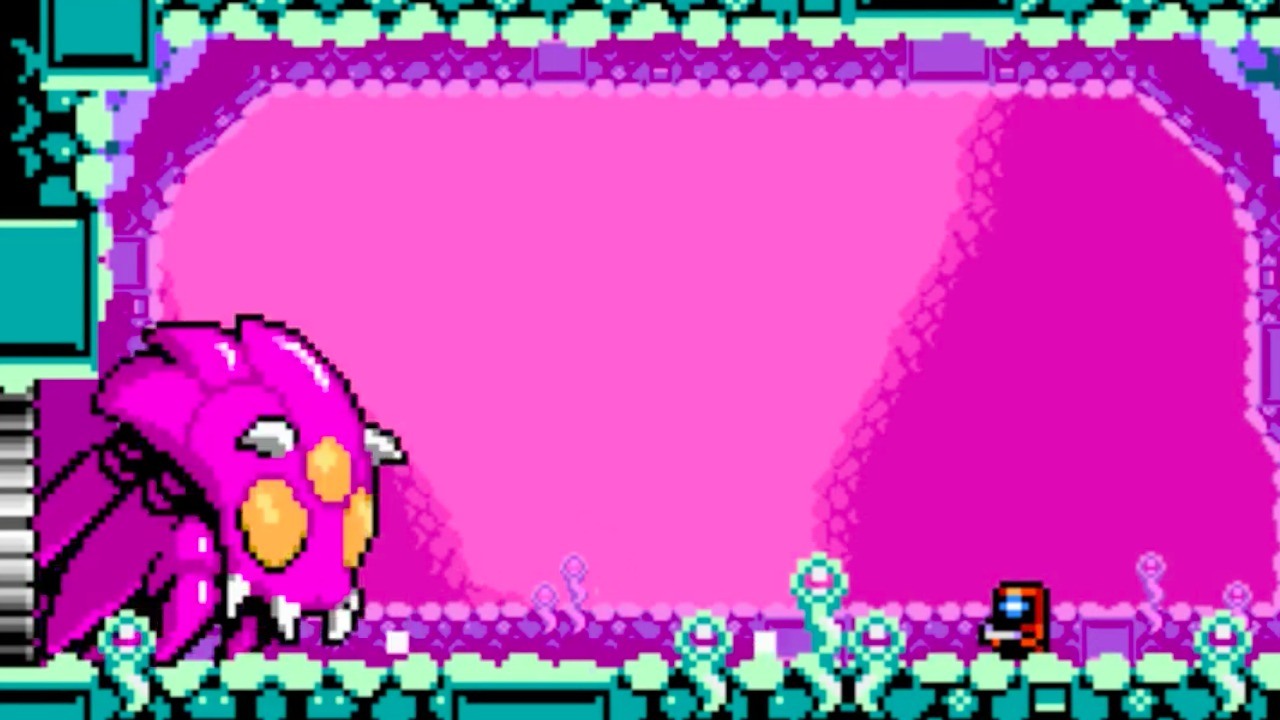 Bosses seem to have the most appropriate challenge level, which is a contrast from the of the game's levels. Thankfully Xeodrifter is short and easy enough that it's never hair-pulling for long. Perhaps just some tweaking in an update could ease the early difficulty up some. The only other issue is the game's length. The whole experience felt like a tease, leaving me wanting more. I certainly hope more is to come, as it feels like a prelude to something bigger, and I'd be down for that!

The Good – The game is a quick and simple, but fun Metroid-like game. Makes good use of the 3D effects.
The Bad – It's briefness leaves you wanting more.
The Ugly – The lack of enemy variety.

SUMMARY: Xeodrifter is a fun little Metroid-like action platformer that is so short it feels like a tease, but still worth checking out.