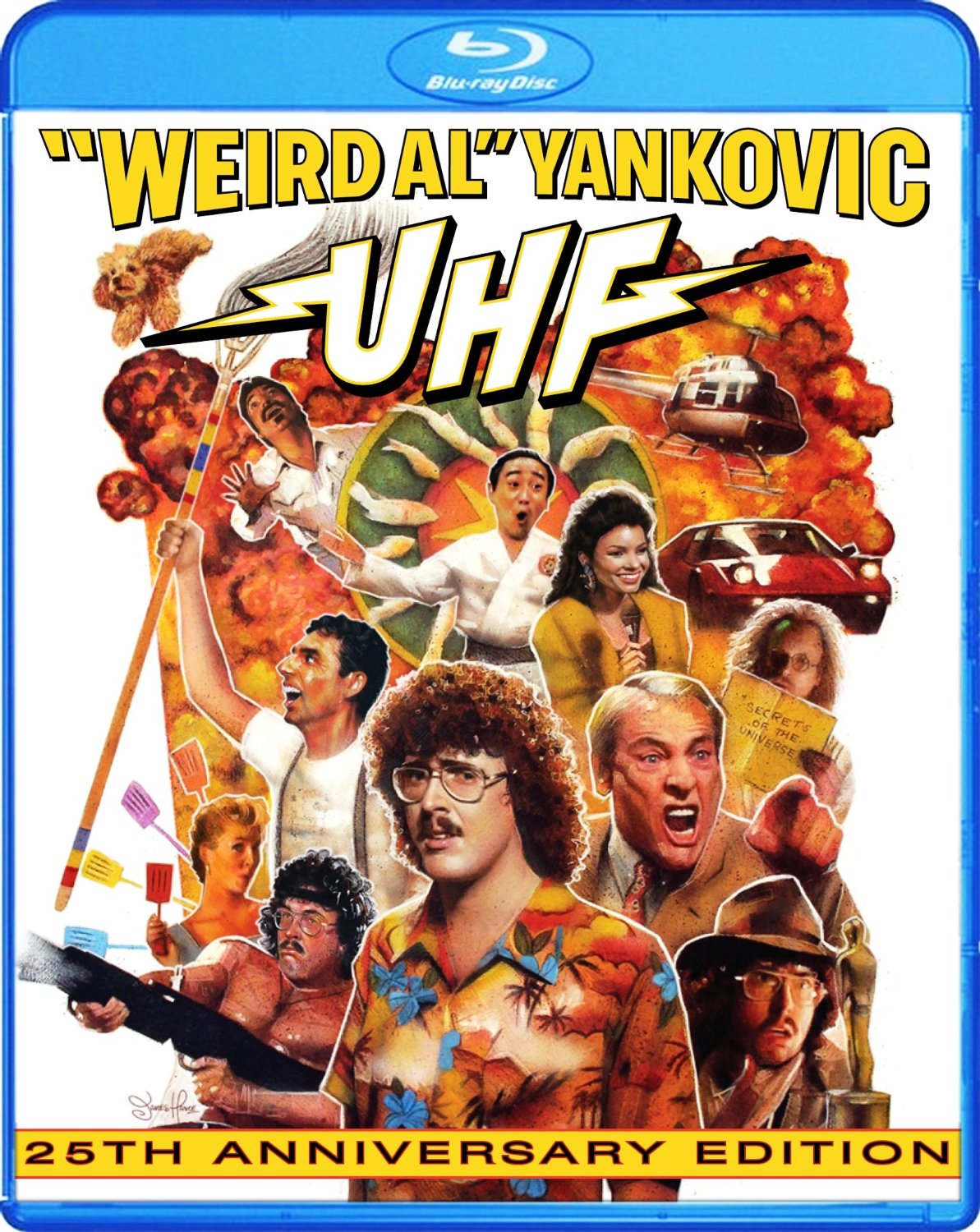 UHF is what we call a true cult-classic! “Weird Al” Yankovic becomes the manager of a TV station, and pulls off so many huge hits (including “Wheel Of Fish”) that even the big-time TV networks are worried. With a before-they-were-famous cast featuring Michael Richards, Fran Drescher, and Emo Phillips, the movie is filled to the brim with hilarious parodies, wild animals, Twinkie Weiner Sandwiches, and the unsolved secrets of the universe. It may not have been a box office hit, but after all these years it’s still a film that everyone sits down to watch with funny bones cranked to eleven.

This special edition Blu-Ray is chocked filled with extras, including a recent San Diego Comic Con panel, behind-the-scenes footage, and some great deleted scenes. Plus, who here doesn’t smile when that “Ghandi II” movie trailer hits the screen?

Get It Online:
Amazon