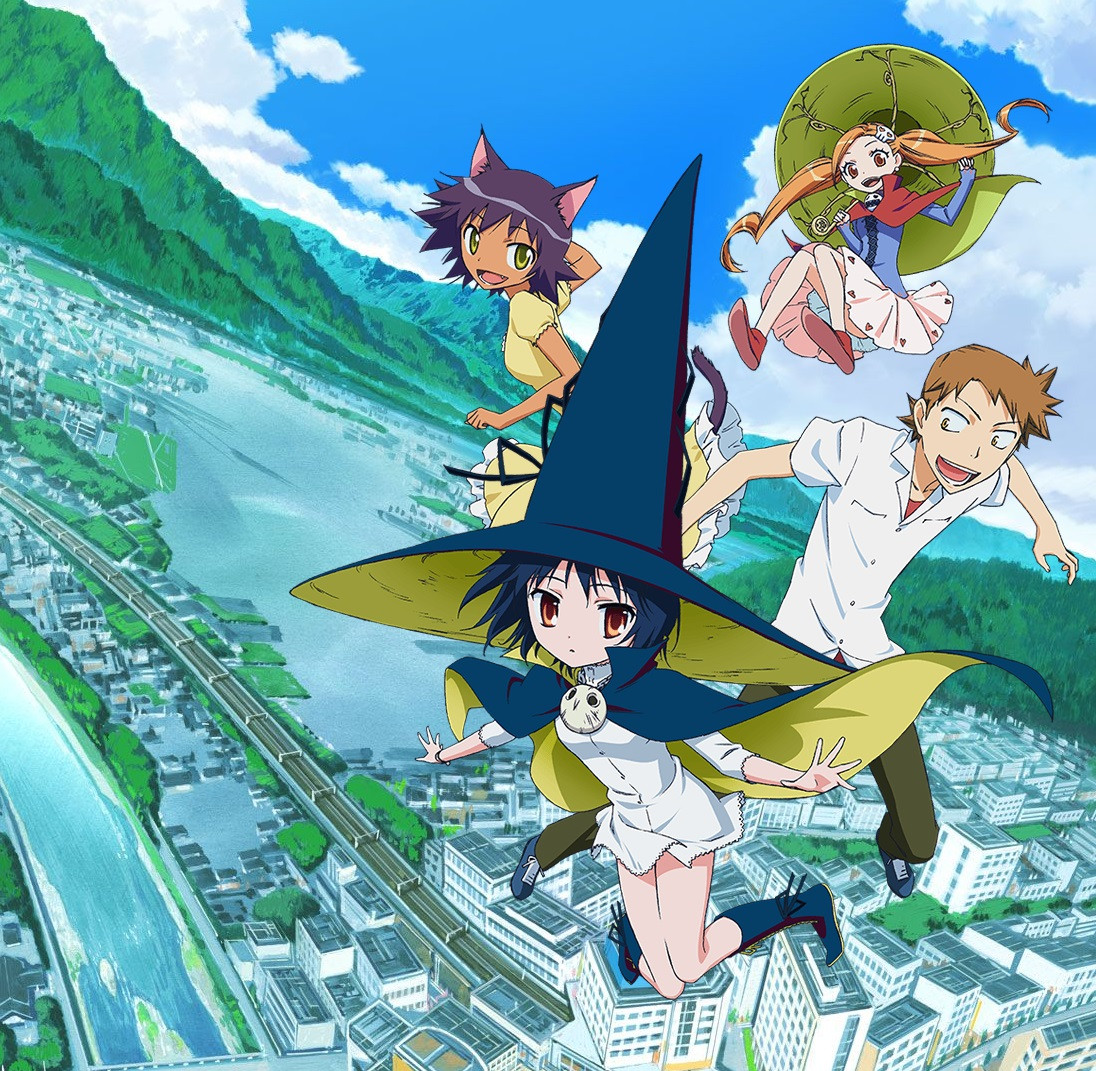 I'll admit that I was on the fence when it came to checking out the anime comedy Magimoji Rurumo. A trailer that appeared online before its premiere didn't hold much promise, but after a long day of hard work I decided to let my brain take a break and give the show a go. As a distraction, Rurumo surprisingly works.

The series begins on a not-so-great note, where the lead male protagonist Kota Shibaki makes a wish with his Mysterious Discovery Club. That wish is for a pair of girl's panties, which is granted by a witch named Rurumo. Upon receiving the panties, Kota is told he will die in a couple days in exchange for the wish. This leads Kota to give back the panties, which originally belonged to Rurumo, causing the witch to lose her license and revert to a trainee. Soon Kota is given magic tickets by Rurumo, as once the tickets have been all used her training will be completed. One problem: according to Rurumo's feline familiar Chiro once all the tickets have been used, Kota will be forced to give up his life. 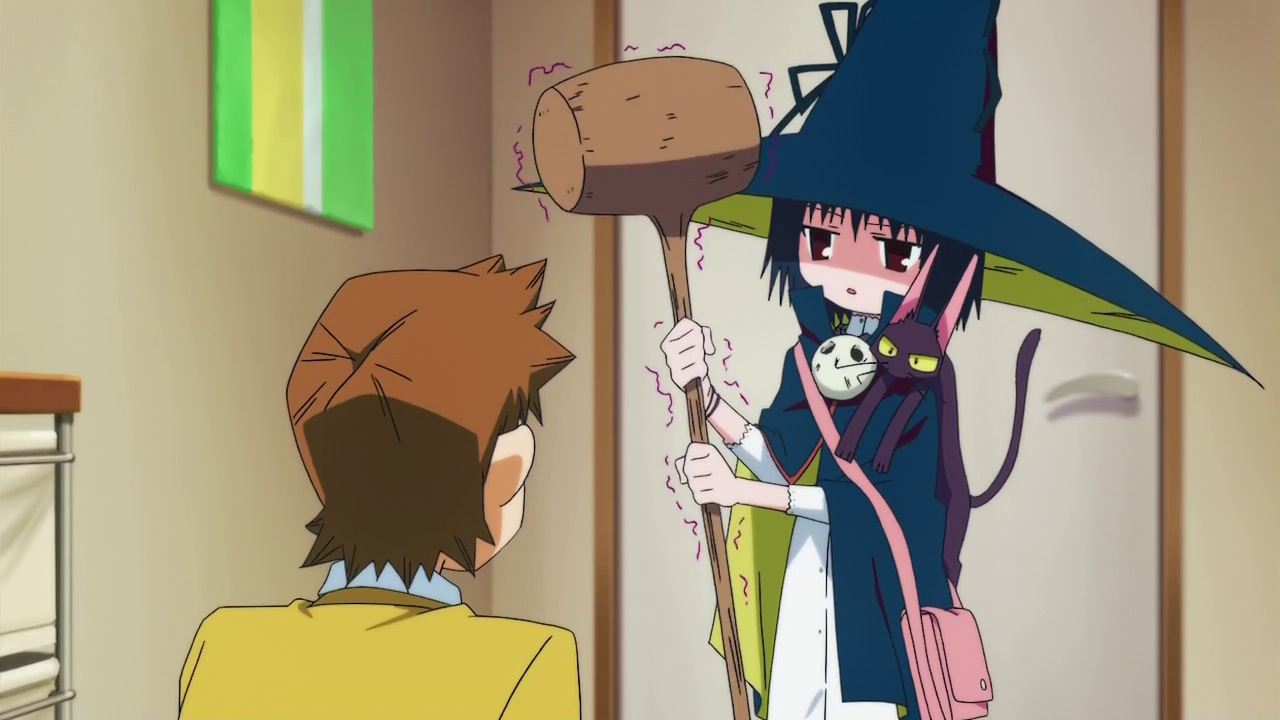 Magimoji Rurumo can be very perverted with its humor, thanks in part to its lowbrow fan-service that's filled to the brim with panty shots and other suggestive scenes. Normally it's not the kind of series I enjoy watching, as I find the mentality of "fan-service equals comedy" needs to die a slow, horrible death. However the fact that J.C. Staff, an animation studio that I have much respect for thanks to such classics as Slayers, Azumanga Daioh!, and recent anime like Toradora! and The Pet Girl of Sakurasou, produced this show made me soldier through, as I knew there would be something redeeming about it. That moment came in a way I didn't quite imagine this series was capable of delivering.

In episode six Kota comes across a trio of kittens abandoned by the roadside. He takes them in, and after being found by his semi-psychotic mother it is decided that he and Rurumo will ask around their school to see if anyone will take them in. Kota quickly becomes popular with the girls at the school, as the once-labeled "Pervert Shibaki" carries the little kittens around much to the delight of the ladies. Then, when a rainstorm appears out of nowhere, the episode transforms itself from a cute comedic romp to an unexpectedly heartbreaking tale of lost hope. (Trust me: get the tissues ready when this episode hits.) 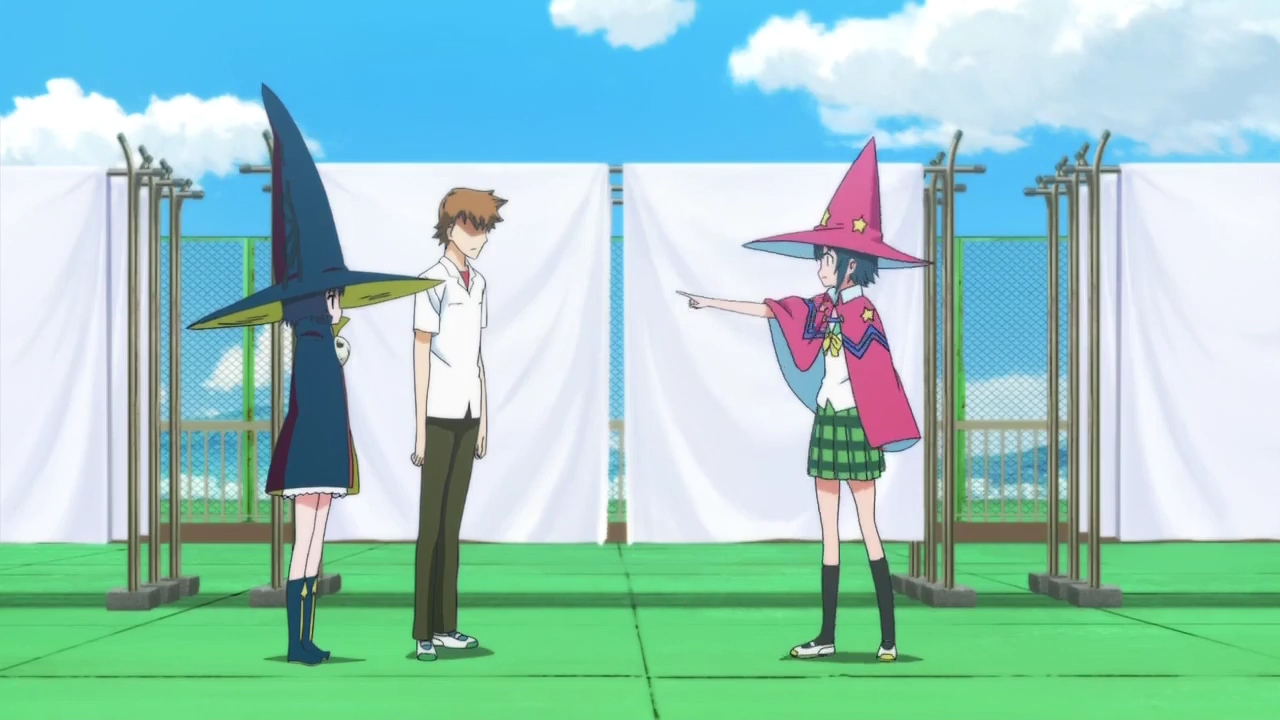 As mentioned most of Magimoji Rurumo is hit-or-miss when it comes to the comedy, although it shines best when we see Rurumo as a klutz rather than a competent witch. Seeing her screw up at her job working at the school cafeteria, getting fired from one business after another during the summertime, or lacking the skills to even divulge in simple errand does have its funnier moments. However whenever the cat Chiro has a moment in the spotlight, be it a simple reaction to Rurumo's clumsiness or whenever she has thee chance to take a human form, it brings about bigger laughs than any of the other characters the series offers.

I do have one complaint about one certain character in the show, and that is with school monitor Masako. During the show we discover that she is a cosplay fanatic, and hides it from her other classmates. Her reasons are that no one would understand her passion, as it's a hobby that one can only be done by one's self. With all due respect to original manga writer Wataru Watanabe, as a friend of many cosplayers I can assure you that many of them enjoy cosplaying together rather than going at it solo. Yes, the episode dealt with Masako befriending Rurumo thinking her witch outfit was cosplay, but to go your entire life without making a friend in the community is almost unheard of (unless the person happens to be really, really creepy).

Magimoji Rurumo is not a great anime comedy, but when it does deliver good laughs they tend to be pretty memorable. If you wanna watch it, I recommend it in small doses, not marathon runs. However if you are looking for a witch comedy series with a bit more brains, then perhaps you may want to skip this show and watch J.C. Staff's better anime The Familiar of Zero.