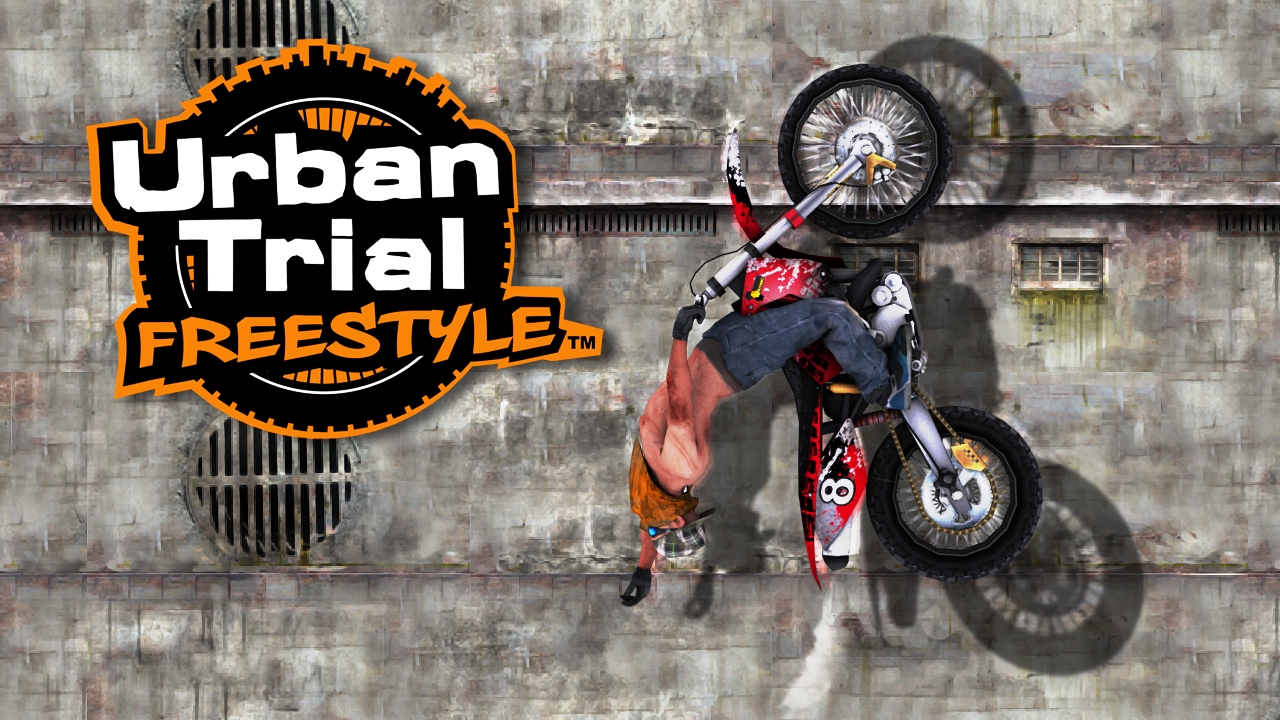 I'll be honest: I wasn't quite a fan of Urban Trial Freestyle when I played the PSN demo of it. Initially I had seen it as a knockoff of RedLynx's Trials series, one without the bells and whistles of the popular series. Playing with the 3DS version, however, gave me a different approach of Tate Interactive's motocross title, one that left a happy little smirk on my face soon after beating all the levels.

The 3DS version of Urban Trial Freestyle features five worlds, each with their own sort of personality: Outskirts, Industrial, Downtown, Underground, and Train Station. You have the choice to run through these levels in either the Time Trial or the Stunt Mode; the former having you race to the end of the level in the quickest time with the least amount of crashes, and the latter having you test your agility, speed, and landing precision. From these levels you can earn cash to upgrade your bike and rider's attire.

These five worlds can go by quickly, but with the amount of flips and maneuvers you can try out in each level you'll find many reasons to go back and play them again. As you can connect to the Nintendo Network online in the game you can catch up with up-to-date world scores, as well as race against Ghosts of some of these players. With the bikes you can unlock you can even test out the tracks again and see if you can go faster than before.

No Borders No Race: Episode Juu-Yo...