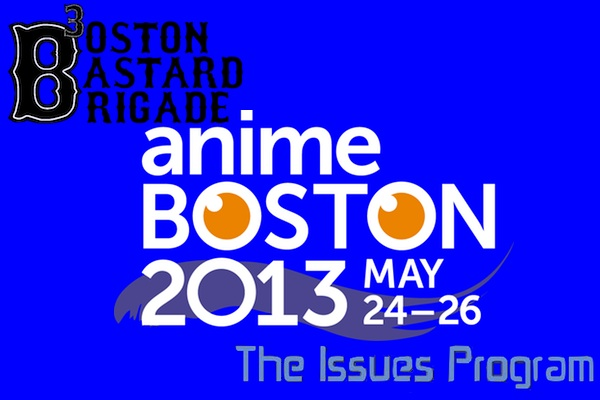 Get ready, Bastards & Wenches! It's the Boston Bastard Brigade's first-ever on-location video special, with some help from the dudes over at the Issues Program!

Join King Baby Duck as he roams Anime Boston 2013 chatting with con-goers about their favorite anime of 2013, as well as their series recommendations for those who are starting to get into the genre. Plus KBD talks yokai with the convention mascots, takes a trip down to Artist's Alley, chats with the folks at FUNimation, Sentai Filmworks, and Aniplex about their upcoming releases, and plays Three Character Island with voice actors Stephanie Sheh, Kari Wahlgren, and Tom Wayland.

EDITOR'S NOTE: FOR BEST AUDIO QUALITY, LISTEN WITH EITHER HEADPHONES OR WITH A SPEAKER SYSTEM WITH A GOOD SUBWOOFER.