Queens of the Stone Age Arrives "...Like Clockwork" On June 4th 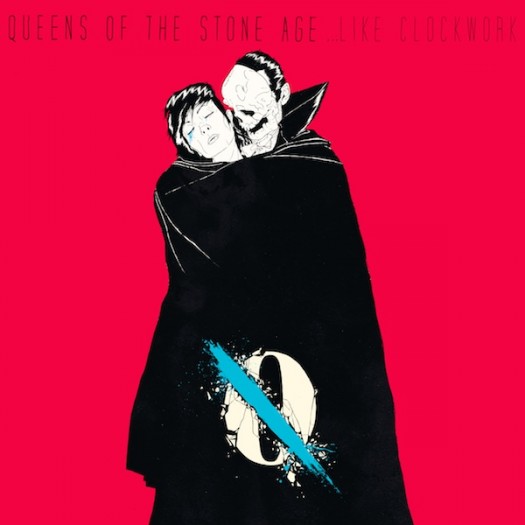 The long-awaited return of Queens of the Stone Age has finally been revealed...

The Joshua Homme-fronted rock band has announced that its sixth album ...Like Clockwork will be released in the US on June 4th. Featuring guest spots from Elton John, Trent Reznor, Jake Shields, and returns from former QOTSA members Dave Grohl, Nick Oliveri, and Mark Lanegan, the ten song record will be the first release from the desert rockers since 2007's critically-acclaimed Era Vulgaris. Check out its first single "My God Is The Sun" below, along with the official tracklist!

To pre-order ...Like Clockwork visit the official Matador Records store.