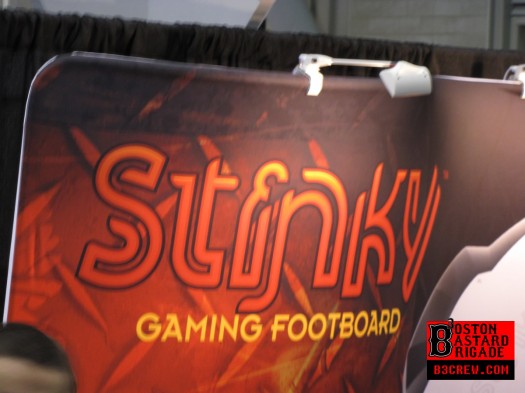 This weekend at PAX East we stumbled upon the Stinky Gaming Footboard. This thing is a little bit out of the ordinary, but it's awesome to get a chance to play with. In laymen's terms: it doesn't play like its namesake!

The design of this pad gives you four directions to add to your gaming capabilities. When I was able to use this in the booth at PAX East they had an advance set up with two of these Footboards programmed for the game Hawken. If you don't know what Hawken is, it's a mech-based game where you control a big bot that is able to more around by either its two legs or by its rockets. They designed the right foot pad so that you could set yourself to repair your bot faster. You could do side boost, sprint boost, and then do a boost jump in a way that makes everything a bit more simpler toward the gaming. 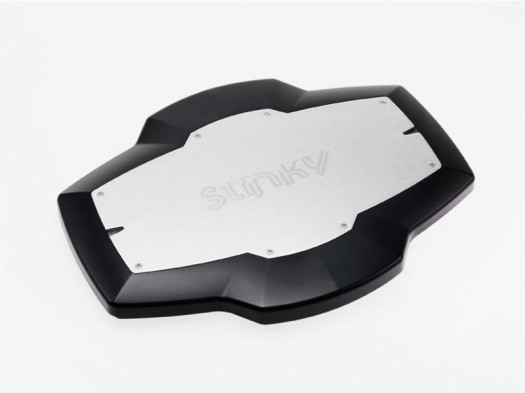 I do have to say there was wee bit of a learning curve, but in under a minute I learned how to use the advance method and was kicking ass and killing mechs. The other beautiful thing Stinky did was they proved the durability on the design of this pad by running it over with a S.U.V. You see, that was one of those things when I went to stand up right on it. I asked to make sure there was a no break-it-you-buy-it setup just because Im a 6 foot nothing 280-lb. man. They said I'm all good, and you wouldn't have to deal with putting that much pressure on it; especially with having it on the floor while you're in a seated position using this on a computer. 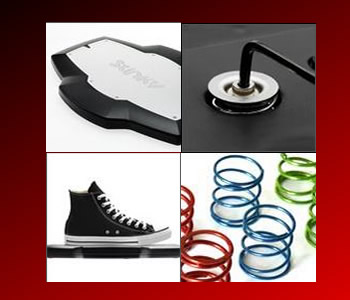 So as you can see from the picture above, the actual pad is on the top left, and on the top right's an adjustable Tension box (or a TBOX) that gives the user the capabilities of adjusting the responsiveness and stiffness of the board; the bottom left is showing the C-Point which allows for multiple tilt activation (meaning no tired ankles or feet because of lifting), and the bottom right gives you the six spare replaceable springs ranging from soft, medium and hard to make your Stinky Footboard more comfortable for you.

I give this product two thumbs up, and it seems like such a great idea to make you a better PC gamer.

Here's the video of us trying out the Stinky Gaming Footboard at PAX East: