HomeAnimeThe Heat Of Battle Is Hot In "Asura's Wrath"

The Heat Of Battle Is Hot In "Asura's Wrath"

The Heat Of Battle Is Hot In "Asura's Wrath" 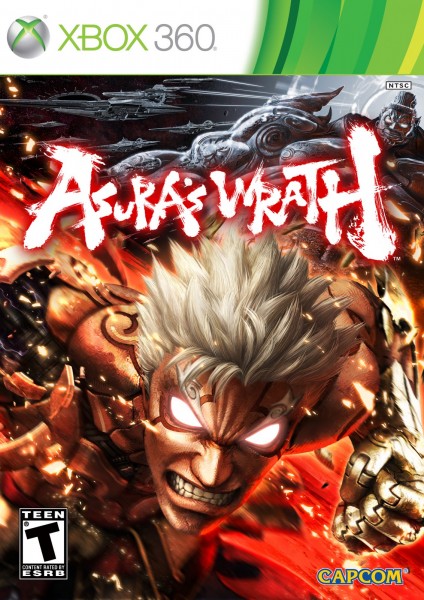 How do you categorize Asura's Wrath? Is it a video game with anime-based qualities, or is it the other way around? While going hands-on the full version of CyberConnect2's creation I found myself watching what was happening on the screen rather than playing it. If this was your average run-of-the-mill game that would be a problem. Fortunately Asura's Wrath is anything but average.

Setting itself up like it was an eighteen-episode anime series Asura's Wrath follows the title character as he seeks vengeance against his former allies: the Seven Deities. Framed for murder, his wife killed, and his daughter Mithra held prisoner to harness mantra, the once-dependable warrior now has the taste for blood, violence, and retribution. Battling on Earth (known here as Gaea), space, and even the Moon Asura will not rest until Mithra is rescued, and all who have betrayed him are now dead. 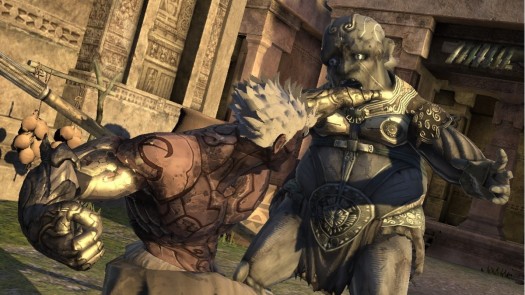 Asura's Wrath is set up mostly with long cut-scenes bookending actual gameplay, with the occasional quicktime moment here and there. Most of the time you will be spent watching the action that is happening on the screen, with a chapter playtime lasting between three to eleven minutes. Those that are looking more for an anime-like game with more time spent on actually playing than watching may do themselves better with CyberConnect2's Naruto: Ultimate Ninja series. However those wanting to watch something action-packed with a little interactivity thrown in here and there will be more than pleased with Asura's Wrath.

When gameplay happens there is a lot of button-mashing that needs to be done in order to fend off Gaea's threats (known as Gohma). Ranging in size from small apes to large mammoths the Gohma each have their own techniques to take out Asura and erase his goal of full violent vengeance. Many of these Gohma can be taken out with a few quick punches and one powerup from the unlimited gauge, though the big ones will take timing, effort, and a good quicktime event to take them out. Going head-to-head with the Deities has a similar setup, though the climax of these battles will always resort to a quicktime event ending. 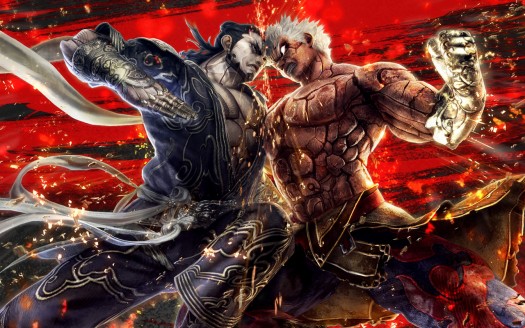 There are a lot of people on the fence regarding quicktime events in gaming. Some love it, others despise it. Personally I think it depends on how it's used in a game for it to be determined good or bad, so it varies from game to game. Here in Asura's Wrath these quicktime events always lead towards something exciting, so here these events contain some very highly entertaining moments.

Graphically Asura's Wrath is CyberConnect2's most highly detailed and beautifully rendered title. While its Naruto series has captured the anime look perfectly Asura's Wrath shows the full power of the Unreal Engine by making an amazingly beautiful game, with attention to every nook and cranny of these characters, worlds, and even powers becoming ever-so noticeable. Its soundtrack serves to tense up the mood, becoming more and more epic as you progress through the game. 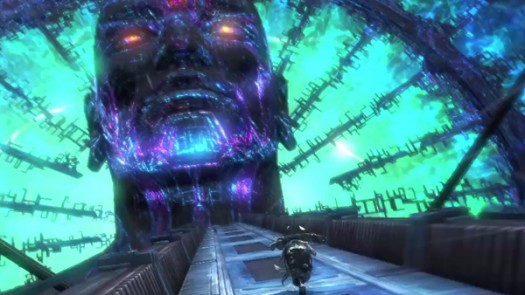 The English dubbing in the game is good for the most part. Liam O'Brien takes the spotlight for his portrayal of the protagonist, roaring and belting out his lines during the most intense of moments. Steve Blum's Sergei is wonderfully creepy, while Imari Williams's Augus can be quite smile-inducing (especially in the hot springs chapter). The one complaint I do have is Robin Atkin Downes's take on Yasha. Unlike his Harvey Dent in Batman: Year One his approach to Yasha for the most part is very wooden, only showing true emotion near the end of the game. Maybe that was the point (as that's how his character evolves in the game), but many a time it took me out of the whole experience.

Asura's Wrath's main storyline will take you about four hours to complete, although to get the main game's true ending you need to get five chapters with an S-ranking in it. There are many chapters to download after the fact, including the final fourth part. For a game that originally cost $60 it's kind of a cheap ploy by Capcom to make players pay to play the rest of the game. (Tip: wait for this game to go down in price before purchasing it.)

I cannot really call Asura's Wrath a video game, when in reality it's a big interactive anime. That said it's a hugely entertaining interactive anime that will make action-based fans excited to watch. Asura's Wrath is the type of experience where you invite a bunch of friends over, make a big bowl of popcorn, and take turns controlling each chapter of it. Just heed my caution and wait for the price to drop a bit before investing, or wait to see if a Complete Edition will be made available in the near-future with all the DLC chapters in place.