HomeAnime"Magic Knight Rayearth": The Quest To Save Cephiro! 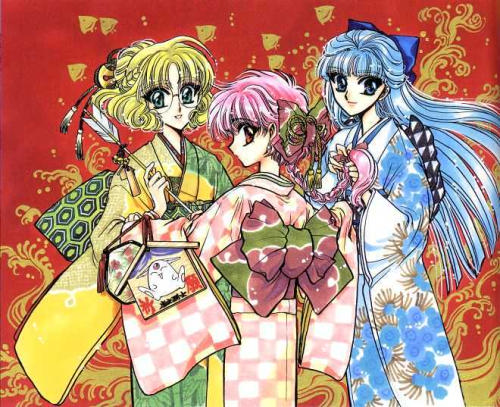 Next year will mark the 20th anniversary of the very first manga to ever get me into the world of Japanese animation. To celebrate I dusted off the Magic Knight DVDs and traveled back to the land of Cephiro with Umi, Fuu, and Hikaru. Magic Knight Rayearth was one the very first magical girl series, and has defiantly stuck with me throughout the years as one of my all-time favorites.

The story starts with three high school students, all from different schools, on a class trip to Tokyo Tower, when the cries of Princess Emeraude, the pillar of the world of Cephiro, summon them from Japan into her own world, to help save it from the evil reign of the Lord Zagato.  Once there they team up with the Master Mage Clef and a small create call Mokona in order to save Cephiro and find the Princess. In this world, a person’s will-power gives them strength, and can alter the world. Evil will creates monsters, while good while creates miracles. The Princess is the pillar of the world because her will is stronger than any other, so she must pray for the world to keep it safe. The high priest Lord Zagato has her captive however, keeping her from praying for the world. The three girls are charged with finding and using the power of the ancient rune gods in order to defeat Zagato and restore order to the world. 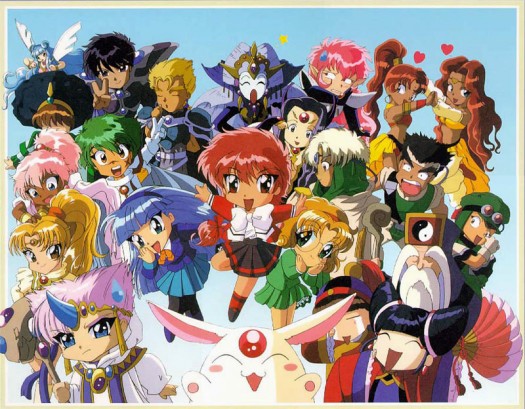 While Rayearth may not have the shining new look of today’s manga, it still holds its own after nearly 20 years since its production. The magical girl theme may seem a bit stale in this day and age, to go back and see one of the very first of its kind is a whole different matter, but it is truly amazing to see the differences that have emerged throughout the years. It does have its obligatory cutesy moments with the girls in little chibi forms and cat ears, yet it still manages to maintain a level of gravity that most modern shows seem to forsake. The plot lines, no matter how big or small they all, are all very fleshed out and full of story. The girls meet a woman to forge their magical weapons which grow stronger with them, and find in her an almost mother figure in the harsh world of Cephiro.

In terms of honoring the story, the anime follows the manga during the first season almost perfectly, aside of the inclusion of one made-up character. The second season, however, has even larger discrepancies in terms of major plot points that can be a bit aggravating for fans of the manga. In general however, both seasons are still demanding of attention for holding to a time when the quality of shows was at a bit of a higher importance level. With modern shows sinking into more and more fan service and less and less plots, Rayearth is a classic. The classics will never be bad, just old, and they don’t suffer for it.

For anyone looking to go back in time and see what some of the classics truly are like, they should look into Magic Knight Rayearth.