HomeMusicLAZYgunsBRISKY Goes Out With A Bang With Final Album

LAZYgunsBRISKY Goes Out With A Bang With Final Album

LAZYgunsBRISKY Goes Out With A Bang With Final Album 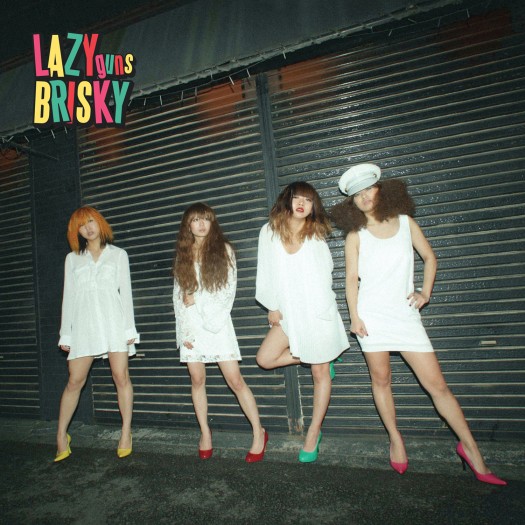 It's a real shame when a band really hits its stride, only to announce they're disbanding as soon as they're finished with their current tour. Such is the sad case of LAZYgunsBRISKY, an all-girl rock band from Japan whose past works were comparable to the likes of old-school Guns N' Roses and the Raw Power era of The Stooges. Last September they released their second self-titled full-length album in their homeland (and released in America this week), showcasing the sheerest elements needed to thrive in the rock world.

The album starts off with a sort of bad attitude in "A-Cha." Here vocalist Lucy howls about the American style and dream over Izumi's Hendrix-influenced guitar riffs. It's unknown by a non-Japanese speaker if she's for or against the Western culture, as her tone could be for either/or. "B.o.Y" brings the band through a sort of "kawaii rock" element, giving a feel of dance and free-spiritedness throughout the tune. While light-years away from their bad girl image "B.o.Y" is both too fun and too catchy to not get into.

It's in "Song For Me" where LAZYgunsBRISKY gets into their familiar territory. It hits heavy -- especially in Moe's drum department -- with a simple singalong chorus that contains an accompanying male vocalist that sounds suspiciously like Seiji from Guitar Wolf. (Odds are it's just someone that really sounds just like him.) Bassist Azu has her moment in the sun with "Here We Go," where plucks away like a demon stuck in the belly of the beast, while Lucy screams "nothing could be true" with a fiery passion.

"Q" lets the band's fervors out in full swing. There's a sort of swagger that can be found in the way Lucy croons here, as the rest of the band backs up her needs with Spinnerette-styled sex appeal. It's followed by "18," which breathes a rockabilly life into the spunk of LAZYgunsBRISKY that brings to mind the likes of Gitogito Hustler and 54 Nude Honeys into the foray. Meanwhile "Freak" has the band warped in Izumi's twangy notes and Lucy's megaphone-drowned vocals, a badass initiative if it weren't for the fact that you can barely understand what she's saying in the song, and not in a strong way. (Perhaps she should've taken a cue from Damon Albarn when he recorded Gorillaz's "Punk".)

The album closes with "It's Gonna Be Alright," a very big change in pace compared to the rest of the album. Perhaps it's here where the band wants to assure their fans that even though they're about to go their separate ways, those involved in LAZYgunsBRISKY will still be friends with one another. It's the type of song that melts the icy heart made by the previous tracks, giving way to a warm smile that oddly bookends with the album's sneering opener. If this album really is LAZYgunsBRISKY's swan song, then they have left us one hell of an epitaph.