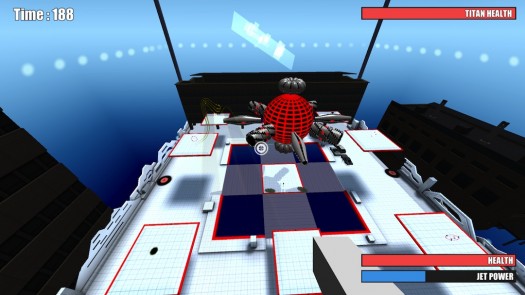 How can one not fall in love with a game with a title like Drunken Robot Pornography? The folks at Dejobaan Games (who are behind the brilliant AaAaAA!!! series) brought its unique first-person shooter to PAX East, and while it was still in testing mode what we were able to play was pretty impressive.

In the demo we had to face off against twelve robots (one named for a specific month), each having similar weaknesses but upping in the difficulty area as the months progressed. You first have to aim for their appendages that protruded from their bodies, which taking them out helped make its core weaker. (You could just shoot at the core, but according to the developers that would've taken longer to defeat them.) However the robots have their own forms of defense systems, ranging from lasers and whipping robot tentacles to slow-moving bombs and missiles that hurdle towards you. Fortunately the floor area has places to hide, and you are equipped with a jet pack to reach high points to keep on attacking. 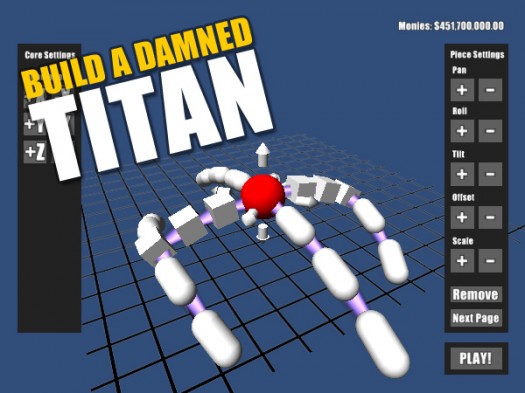 Dejobaan Games has not set a release date for it yet, as they told us it will launch "when it's ready." Once it does the developers promises hours of robot-killing fun, with one amazing way for players across the world to participate in the chaos. Gamers will be able to build their own giant robots, and share them with everyone online for them to battle against. You can make them as big, fat, and tentacle-y as you'd like, and see how the rest of the world fares against it. One thing's for certain: Drunken Robot Pornography is aiming to reach out to its gaming community in the most unique way possible, and it's reason enough for you to keep your eyes peeled for it when it finally drops.