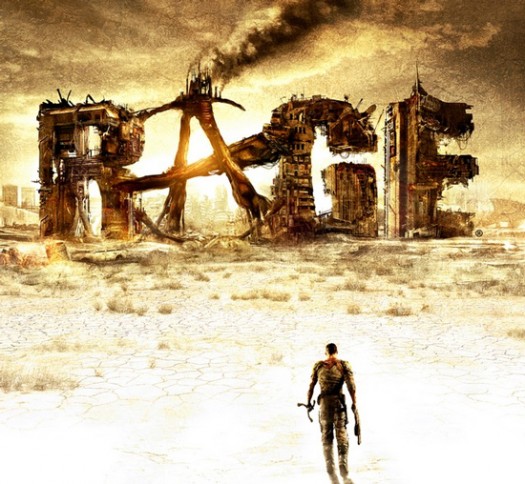 If there's one thing you can always count on id Software to do, it's make a first-person shooter that will leave your heart racing. With an impressive resume under their arm (Wolfenstein, Doom, Quake) -- along with a company like Bethesda backing them -- it seems like a no-brainer that anything id Software does will hit one out of the park. At E3 this past year I was blown away by what I had seen of its latest baby Rage, which had me at the edge of my seat as I tackled its demo. However a semi-bitter aftertaste was left in my mouth after playing the full version of this beast.

Players take control of a person known as an Ark Survivor, who must rid the desert of mutants and other bandits that wish to harm the rest of what remains of the human race. Ranging from collecting data to simply blowing away enemies in your amped-up dune buggy, gamers partake on various missions in order to find out the truth behind the goings-on in this post-apocalyptic world. While taking on these missions you also take part in races to earn points & cash to upgrade your vehicle and purchase more weaponry; the latter, of course, being most important. 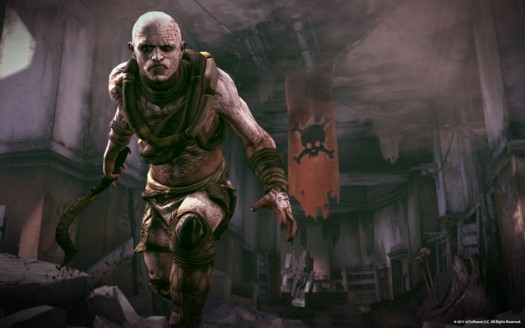 Rage has the honor of being the absolute best-looking game currently on any console. Moving at 60 frames a second, the characters and worlds simply jump out at you (sometimes literally). Not even most computer-animated films look as good as this title, as there is heavy detail in just every person you run into; the mutants and nasty creatures are even more frightening than any zombie found in Dead Island. The areas you roam through like Wellspring and the Dead City look almost too real to be made by any sort of coding, giving way to much character in just about every room you step foot in.

There are times where it took some time for a room to be fully rendered, though, so some patience may be needed before you run through every since room; not to mention the loading times can be a pain. There is also a small drawback to a game running at 60 fps: the enemy AI. Since there is no lag at all in the single player game these mutants and bandits will come out at you without any sort of hesitation. In laymen's terms: you'll find yourself shooting all over the place and missing your target at least half the time. 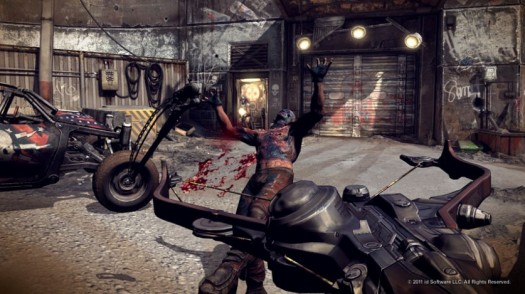 Fortunately id Software has not lost its old-school FPS roots when it comes to ammo and items. With the money and racing points you earn you can buy just about an unlimited supply of guns, secondary weapons, ammo, and other items needed to make more powerful weapons. You can also find items laying around the various levels, and can pick them all up without having to worry about running out of space in your bottomless carry-on pack. It may take away a bit from the strategy aspect of the game, but you'll be thanking Rage for letting you keep that rocket launcher to thwart off a gang of mutants in the long run.

As mentioned the high frame-rate in the game will make it tough at times to aim at your enemies, but you have a strong advantage on your hands thanks to its control scheme. It should be noted, first off, that you have the option to change the control scheme to however it feels comfortable the most while playing; something that I had to do while in combat mode. Taking aim at your enemies hiding behind a rock has never been this simple, as the game rewards you for taking your time while looking for the sweet spot on your opponent's body. Using secondary weapons such as the remote controlled bomb and wingstick come in handy during intense moments, also rewarding you with bloody hilarity if you use them right. 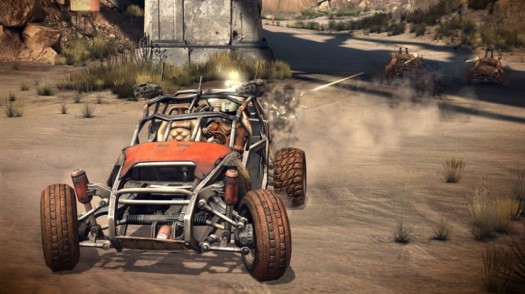 Rage isn't also just a fun first-person shooter, but also a great racer. In the town of Wellspring you'll be able to sign up for various races to earn points, cash, and street credibility. The mechanics found in these races are almost as good as the ones you see Codemasters and EA Black Box creating in their franchises. Yes, these races can be pretty straightforward (beat a specific time, get first place, be the last vehicle standing), but thanks to its gameplay elements and control scheme they are also a lot of fun to tackle on.

There is, unfortunately, an Achilles' Heel found in Rage: its storyline. For the life of me I have not been able to figure out what is really going on in this game. Why was I chosen to be a survivor when the asteroid was about to hit? What's this special gift that these people claim I have? What is it about these survivors from the past that make them wanted by The Authority? I found myself asking more questions about what was going on in this game than there were answers, and for that Rage made me feel like I had no real purpose playing this game. 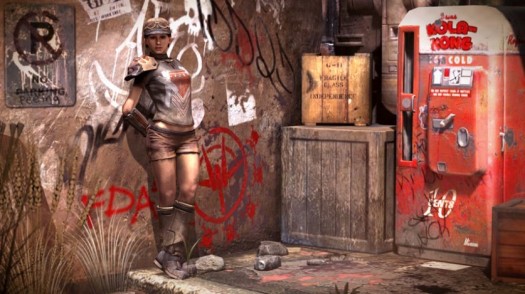 Rage has a run time of about ten to twelve hours, depending on which difficulty level you have it set on. There are also a few side quests to go on while the main game happens, but they're quite miniscule. Wellspring also hosts some mini-games that range from speed-stabbing to an RPG-styled card game. There are also two online modes: a free-for-all vehicle race battle mode and a co-op mission mode that explains some of the back story going on while the main game is happening.

There is no better looking title out there on consoles than Rage, and it plays like a true beauty. Unfortunately its uninspired story will probably leave you forgetting this game existed as soon as you finish it. A shame, considering it's the type of first-person shooter gamers have been wanting companies like DICE and Infinity Ward to create for their storied franchises. Definitely give Rage a spin to see how id Software does FPS gaming right, but also bear witness to how not to tell a worthwhile tale.