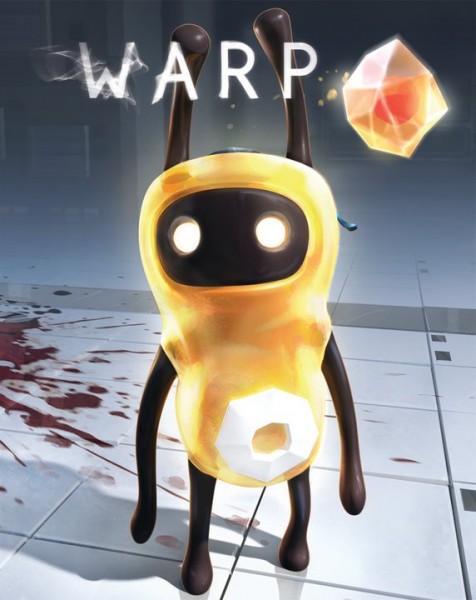 The very last game I played at PAX East 2011 was a little title called Warp, made by independent developer Trapdoor Inc. In it you controlled a little alien who must escape from the clutches of scientists wishing to study you for research regarding the world beyond our own. Only lasting five minutes at the time the visuals and gameplay mechanics had me craving more. Eleven months later the final product has arrived on Xbox Live Arcade (with the PSN and PC versions coming out March 13), but does Warp continue to bring the fun shock value I once felt on the convention floor?

Warp has you take control of Zero as he runs around the facility trying to escape. Once you start off the game you are given the ability to warp through thin walls, as well as into nearby objects and people (known as fragging). If you warp into a person you have the choice to either warp out and leave them unconscious or -- the more fun approach -- blow them up from the inside, and for those that have seen pictures of Zero and think it's a humorous explosion, you'd be making one bloody mistake. For a cute character, Zero is very violent. 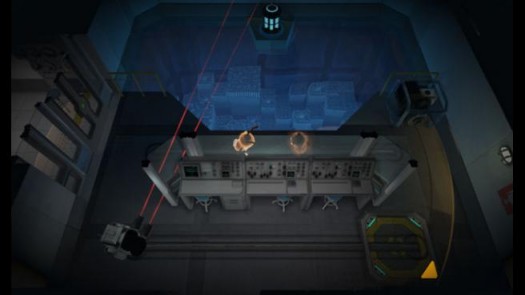 Using both your warp abilities and some clever stealth tactics you'll have to guide Zero through some sticky situations involving guards with guns, turrets, and other forms of hazards. Early on in the game you discover that Zero's powers are drained if he touches water, so some of these guards will have the upper hand thanks to water-based armor. You'll also have to face countless amounts of labyrinth-inspired areas that will have your brain working so hard you might have an aneurysm before you can escape properly (especially near the end of the game).

Fortunately as the game progresses you will come across new abilities such as Echo and Swap. The former will have you be able to create a decoy version of yourself to distract guards, which can come in handy when it comes to creating friendly fire between them and the scientists wishing to hurt you. Swap, however, will let you switch places between nearby objects and people, and once you figure out how to swap object while being warped inside a person you'll soon find more gory hilarity. You will also learn how to launch items at your enemy, and can even upgrade your powers using grub you find on each level. 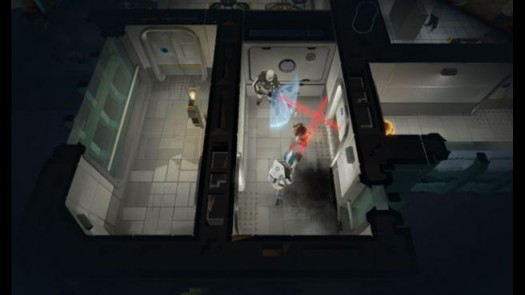 From time to time you will also come across challenges where you'll have to warp as fast as you can to the other side of the level or frag every scientist or guard as quickly as you can. Beating these challenges under a specific time will give you more grub for Zero to use for his upgrades, and you'll be able to share your times with everyone else who's played Warp, as well. Sadly there are no ghost files of other play-throughs to try to compare and battle against, a shame considering that would've upped the competitive aspect of the challenges a bit.

For Trapdoor's first title Warp plays wonderfully. The control aspect is very easy to figure out, as you only use the left control stick and a couple of the main buttons to play the game. While you might mistake the Echo and Warp buttons during dire moments in the game, it happens scarcely. Aiming with the Launch technique might also take some time getting used to. 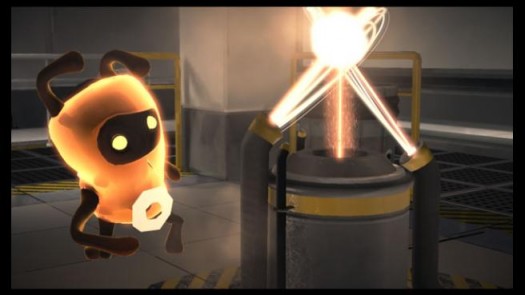 Using the Unreal Engine the folks at Trapdoor managed to make Warp look pretty good. The characters, areas, and gore all are nicely put together, and I like how detailed the underwater world looks. (The sharks and underwater life were a very nice touch.) Also on-key is its soundtrack, featuring a sci-fi ambiance and some humorous dialogue from the scientists. I do have a tiny gripe, though, in this department: while I have no problem whatsoever with foul language, the f-bombs dropped by the guards seemed a bit off-putting.

Warp's main game will run you about 6-7 hours, a fair amount of time for an 800 point title. Once the game is done, though, there is little to come back to (a similar problem to last year's PSN-exclusive game Rochard). While you can replay through the challenges to better your times, there isn't much else to accomplish once you've beaten the game.

While there are a couple disappointments to be found here, Warp is a damn fine debut for Trapdoor Inc. Thanks to its great puzzle elements and solid gaming mechanics, the deceivingly cute Zero manages to help make the overall experience of blowing people into bloody chunks even more fun than usual. Simply put: the eleven months I had to wait for Warp to come out was worth it.

Episode CXXIX: Even Twinkies Can&#...