It's tough calling a winner in this battle between Battlefield 3 and Call of Duty: Modern Warfare 3, but keep reading and you'll see why...


First let's talk about the story aspect of Battlefield 3:

With Battlefield's backing of the awesome Frostbite 2 Engine (Video Below), the game was able to produce graphics and audio that really blew me away. They have done a phenomenal job on bringing one of the realest game to the audience. I find that when I'm getting these games it needs to have a well-written story in order to get to the point of playing online. With playing Battlefield 3 I was hooked right away into the storyline. It starts you right off in what seems to be a parkour scene where you hop onto a moving train and take down a series of terrorists. This is also where you meet the big bad wolf character of the game: Solomon!

After completing the first part of the mission your character Sgt. Henry Blackburn is being interrogated by a couple of CIA-type agents. They are trying to find out what happened in the situation, getting them to the point where they think that a Sergeant of the Marines is trying to save his own ass. What you will mostly be dealing with in this game is more of a representation of living the story through flashbacks -- coming back to the present where you are at being interrogated -- until the past catches up with the present and becomes the future! Half the time I was playing the game I thought I was living out a movie, which is a beautiful thing. I would like to the leave the story at that, as I feel that if I keep going I may unveil to much. 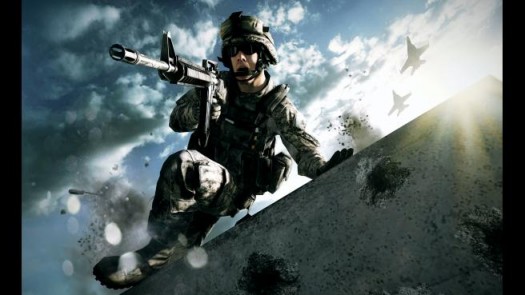 After beating the game I knew what I was in for when hoping to the multiplayer: a whole lot of ass kicking! The online play gives you a great amount of maps, along with different methods of play such as: Conquest, Rush, Team Death Match, Squad Death Match, and Squad Rush. Maps include Grand Bazaar, Damavand Peak, Operation FireStorm, Caspian Border, Seine Crossing, Kharg Island, Tehran Highway, Noshahr Canals, and Operation Metro. 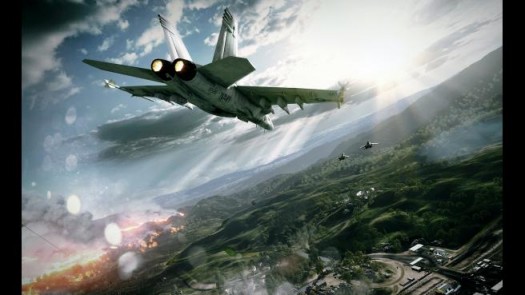 Rush: Damavand Peak (Side note: be an attacker on this map in order to get through the first M-Coms, and a pleasant surprise of base jumping is in your future!)
Any Game Mode: Operation Metro
Conquest: Noshahr Canals 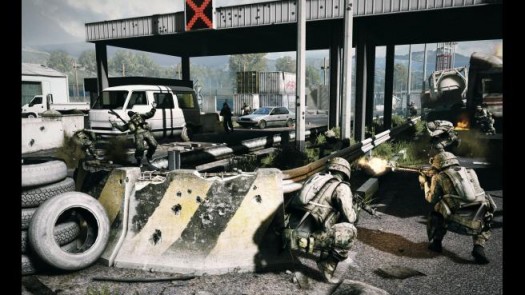 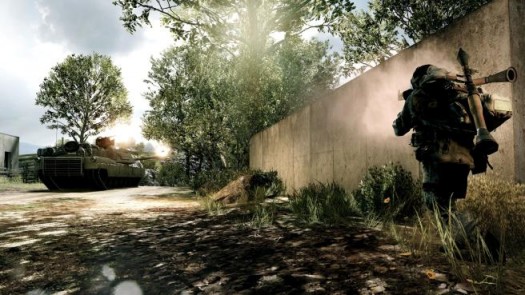 Last, but not least:

After that trailer I really do think they should make a Call of Duty movie! 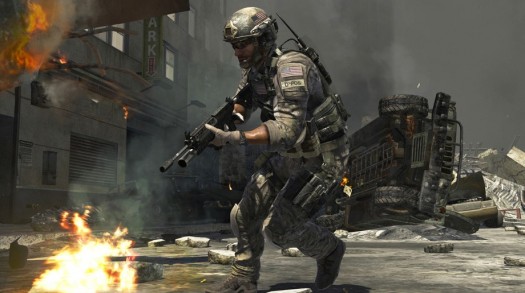 If you are the noob, and you just bought an Xbox 360 or PS3 to get into the game now, you'll be missing something from not playing the other games. I would really suggest that you go and buy Modern Warfare 1 and 2 before playing this. (Don't worry: they aren't ridiculous in price.) For all of you that are the vets mainlining all of the Call of Duty games into your system when ever you can, you probably already know everything about the game. (However I find a lot of people don't play the main campaign of the games and just go right to the multiplayer.) 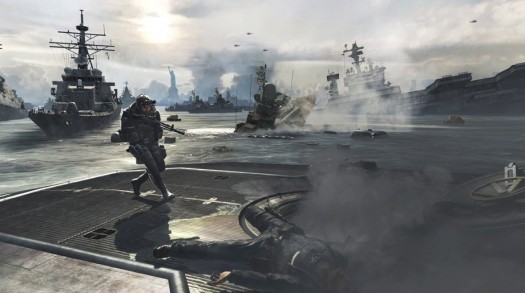 The game starts where it had left off in MW2, where you have Soap McTavish (played by Kevin McKidd) injured, and Captain Price (Billy Murray) bringing him to a doctor to get him fixed. Then it breaks off to another section of the story, where the Russian terrorist group has breached New York and is looking to take over America. As the story goes on from there, it just gets more and more intense. I feel that this game has brought the whole story full circle. I don't believe they will be able to squeeze another one out of the series for this. 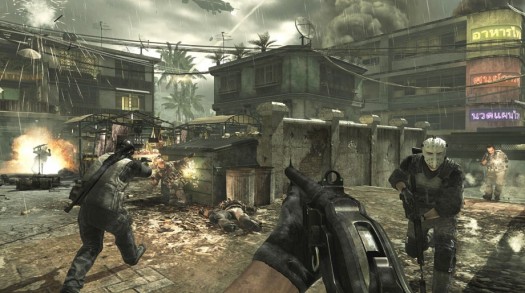 It's chock full of goodness on the spectrum of varieties. It has for the normal play Team Deathmatch, TDM Kill Confirmed (where you must collect the tags of the ones you kill), Mercenary, Free for All, Domination, Ground War (for 12-18 players), Team Defender, Sabotage, Headquarters Pro, Search & Destroy, and Capture the Flag. For all you hardcore maniacs we have Team Tactical, Mosh Pit, Hardcore TDM, Hardcore Kill Confirmed, Hardcore Seach & Destroy, Hardcore Domination, Hardcore Team Tactical, and everyone favorite BARE BONES!!! 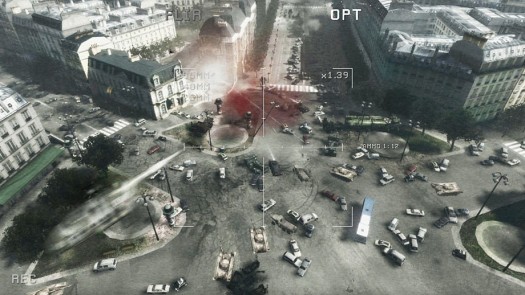 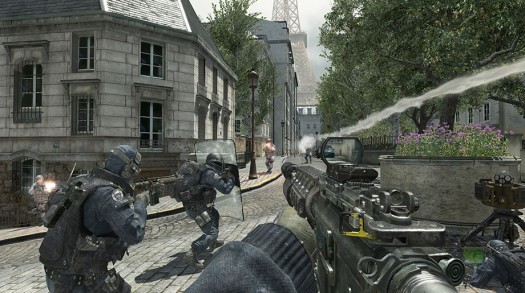 While it's hard to pick a winner between both of these games, I know Modern Warfare 3 has definitely won on the sales aspect. Gameplay-wise it's just hard to say who really won. With me I like to bounce back and fourth between these two games since I have friends that are too stubborn to buy both titles. For the most part I feel that whatever your appetite is for FPS gaming, you will be satisfied with either game.

I know I gave both titles perfect scores, but these games are very dear to my heart. When I need to get some frustration out I pop in some of my music and go kick ass in online battles. These are really the only games that I can turn to. (Sorry Halo, but you're not that attractive to me anymore. We had our good times, but I'm breaking up with you.)

I can see Battlefield 3 coming out with another map pack somewhere in the near-future, but for right now they will most likely work on creating Bad Company 3 and get that out probably by Fall 2012, giving us another great game to play until they bring us maybe Battlefield 4. It seems that the concept of Battlefield always has more things to offer with their titles. (Personally I would like to see them bring Battlefield 2142 to the console.)

In regards to Call of Duty they might bring us into another Modern Warfare game, but I'm just not sure who the bad guy will be in that one. With the first couple Call of Duty games it was all about World War II, but then they brought in the first Modern Warfare, skipped back to World At War, bringing it forward to Modern Warfare 2, rewinding to the Korean/Vietnam/Cold War era in Black Ops, finally returning to Modern Warfare 3. I can probably suggest that they try to find a way to do a war with the Chinese/Russians or North Koreans, since the world's energy is coming to a shortage. (Think a mixture of Frontlines: Fuel of War and Homefront.)

However maybe this might be a way for the Call of Duty series to jump to another part of our history (i.e.: World War 1), even though people would probably get annoyed by that overdone concepts. What they could do is reach out and create a game to see what war would be like in the future. Next to that, with all the loose ends they tied off in Modern Warfare 3, it's going to be very hard to see what they will be able to create. (You lived through World War 3 in this game! How can they top that?!) We also have Tom Clancy working on yet another game where the people of America start a revolution after they get sick and tired of how the government is being run.

Sadly I'm not sure where Call of Duty will go next, but it looks like the Battlefield series will be able to provide a richer story the next time around. The one game that I wish could've been so much more was Medal of Honor. It was neck-and-neck with Call of Duty for a long time, then the latter was able to keep up and kick ass. Thankfully Battlefield came up in the flanks to give Call of Duty the sort of competition that Medal of Honor failed to bring.

PS: Here's another reason why these stories could get turned into live-action films: 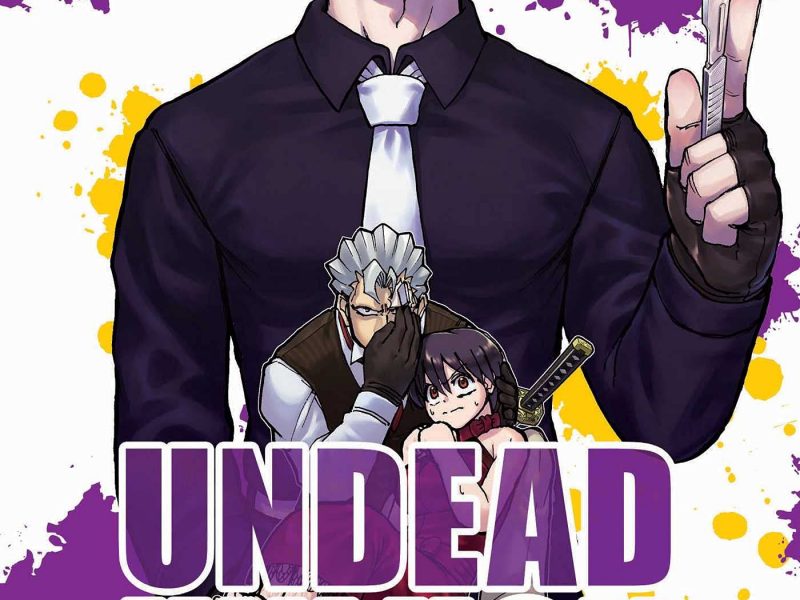