One-On-One: Will Hunt of Evanescence One-On-One gets its rocks on when Evanescence drummer Will Hunt calls in before his band's sold-out show at the Worcester Palladium.

In a special interview Will Hunt chats with King Baby Duck about the recording process behind the band's third album, and what it was like to work with legendary rock producer Nick Raskulinecz. Plus find out what happened the first time he filled in for Tommy Lee in Motley Crue, and which band member he tells an embarrassing story about.

You can catch it all right here in One-On-One: Will Hunt of Evanescence.

Special thanks to Greg Cortez for setting up the interview, and to Saignement for helping out with some of the questions. 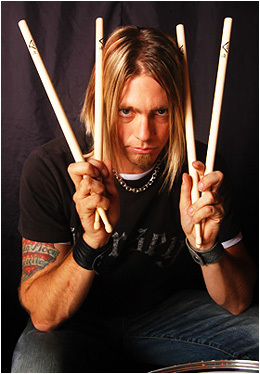