HomeVideo Games"Mythos": A (FREE) Reboot of a Failed Game! 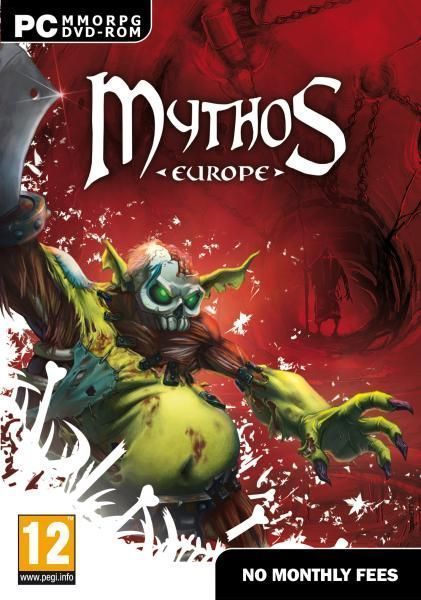 Since I've been poor recently, my friend and I have plunged down to Free-To-Play Lane (with the occasional beta testing). My friend pulled me into a game called Mythos, which failed to gain any leeway due to the company flagship going bankrupt and being sold to a company HanbitSoft. They remade Mythos, changed their business model and released it free-to-play in Europe. (The other title, Hellgate, is already out in Korea and Japan.) Since Mythos is in English and easily accessible for Americans, I decided to give it a go.

For anyone who played the original Mythos -- and has also played Diablo 2 -- you shall know that Mythos was originally a one-to-one rip-off of Diablo 2. However it was a game with better graphics and a new story to hold you off until Diablo 3 came out. For the remake HanbitSoft decided to change up the graphics to add a cartoony feel. 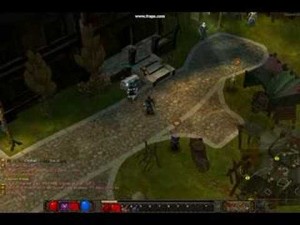 Going into this with a relative idea of Diablo I proceeded to do the normal dungeon and quest grind. On first glance it looks like a cartoon Diablo, while the interface still had the same mana and health balls. The skill trees are the basic three-type tier base trees, with the exception of investing points to get the next tier in all trees. 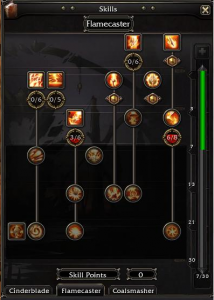 This works well to mix skills from every tree to make your character. You can invest multiple points into a spell to make it better, and if there is another tier of spell you will need to if you want the improved version. You will notice that you get achievement like every other game out there, the trick is that you can “equip” them for a stat boost. You get a new achievement slot for every 10 levels you get. 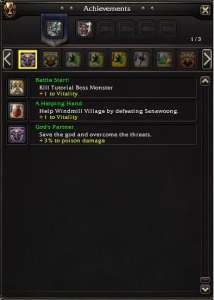 Your inventory is the same exact as Diablo, and even the row and columns are the same number. Every item has a size and your bag only has so much space, so you end up playing item Tetris in your bag while you collect gear. 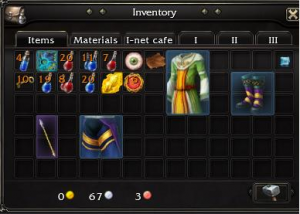 You can break down your items for their crafting system, and you can invest points in just like the skill trees. The only exception is you have to pick one of three crafting trees because your invested points to get the next tier crafting does not affect all trees. The interface is the same as your Diablo/Warcraft interface. However you can assign skills to the upper number pad (1 through =), and bind skills to left and right click. There is a cool little extra right click function that allows you to swap between two right click attacks by hitting Q.

Your gear setup is the normal set of armor with stats and weapons slots. They went so far as to have the same color code to label if the gear is between common to legendary (green-to-orange system). Hell, they even ripped of the Warcraft gemming system, where you collect gems with stats that can be socketed in items to give them bonus stats. You can also enchant gear with extra stats, but the enchant is random and you can have three of them. 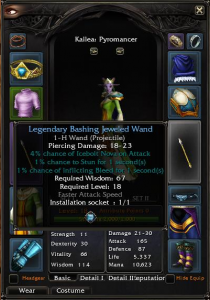 Mythos has your normal mini-map to global map, but all areas are connected by portals, serving little purpose for the global map. While the interface is all nice, how is the gameplay? To put it bluntly once more: it's just like Diablo with small differences. You are dropped into a world with quests, represented by people with glowing exclamation marks above their heads. 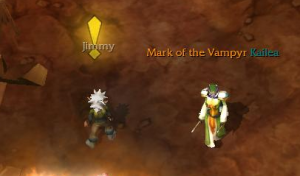 Mythos is your normal collect items and kill creatures kind of game. Some quests are done in the global zones with everyone else playing the game around you, and most of the quests are done in Diablo-style dungeons (or instances) where the player is alone or with his friends in his party. Just like your normal dungeons, you fight creatures all throughout them until you get to a boss. 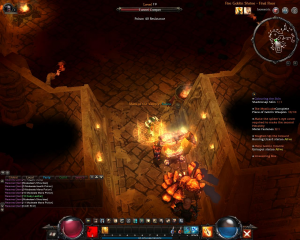 Mythos uses the random dungeon system that Hellgate had, so every dungeon is generated when you enter making them change every time you play through. It adds some replay value if you want to run again to replay the bosses. The dungeon formula does not change though, so you fight through multiple levels in the dungeon until you get to the final area. In the level before the last you will usually find a “master key” to a box in the boss room that will give you even more items after killing the bosses. There is even something known as a rune gate, where you buy a random key and run dungeons that you can revisit later if you want a place to grind for gear. 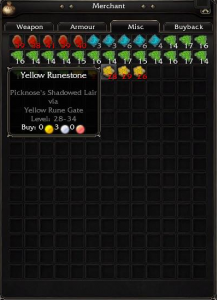 Mythos might hold me off to Diablo and is quite good, or maybe not. There is lots of loot, and I can sell it all on the auction house and be rich. Well, actually, that is a lie, as the economy is nicely balanced so far. This is probably because half the items in the game are not used at all. That is right; nobody has any skills that help them with pistols so there is no reason to have them in the game. There are plenty more weapons that just do not get used by anyone. 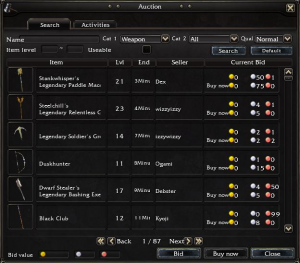 I can make whatever specs I want in Mythos, and play how I want. Well, that's also not true, because you will notice there are REALLY hard bosses and dungeons that pop up. Some skills are just useless, whereas others are must-have skills. This means most people get forced into the same skill set depending on how they play, and with what classes they play. It is sad that as a mage you MUST have a tank to fight if you are not grouped with one, forcing you to get the fire golem. Oh well, when I get to 50 it will at least be like Warcraft or Diablo being the clone that it is. Wait, no, unlike World of Warcraft there are no real endgame instances to push for and no Diablo difficulty levels. That's right: when you hit 50 and finish the quests the game just ends. Congrats for beating it, make another character or go outside for a change. I was amazed by this idea and researched it, only to find out there was a hardcore mode where you could get a perma-death. Well apparently that was removed because it was too hardcore, I guess. 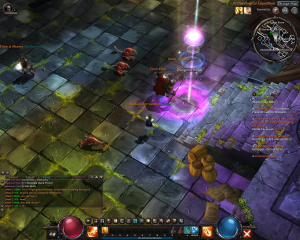 Now there are lots of nice things that are fun with Mythos, like dungeon portals so you can just jump into encounters. On the other hand there are just as many downsides, with replay value being the worst. It was a nice waste of time, and it was a free game that felt like a real game (not a short-term indie game). I cannot bring myself to kill this game score-wise, but I also cannot kill this game rating-wise. I will give it an 3 out of 5 seeing as I would not buy this game if it cost anything (cash shop was actually useless, do not see why anyone would pay for any of it), and would up it if they make it repayable and balance out all the skills. Some new characters would also help, because the three it has are not enough. Time for the wait until they decide Hellgate should be released here. As long as it has reduced bugs, more features, multiple difficulties, and is free I will be happy to play it (since I already own it).

How do you get this game now? Search for "Mythos Europe," sign up and pick the English server to play on.