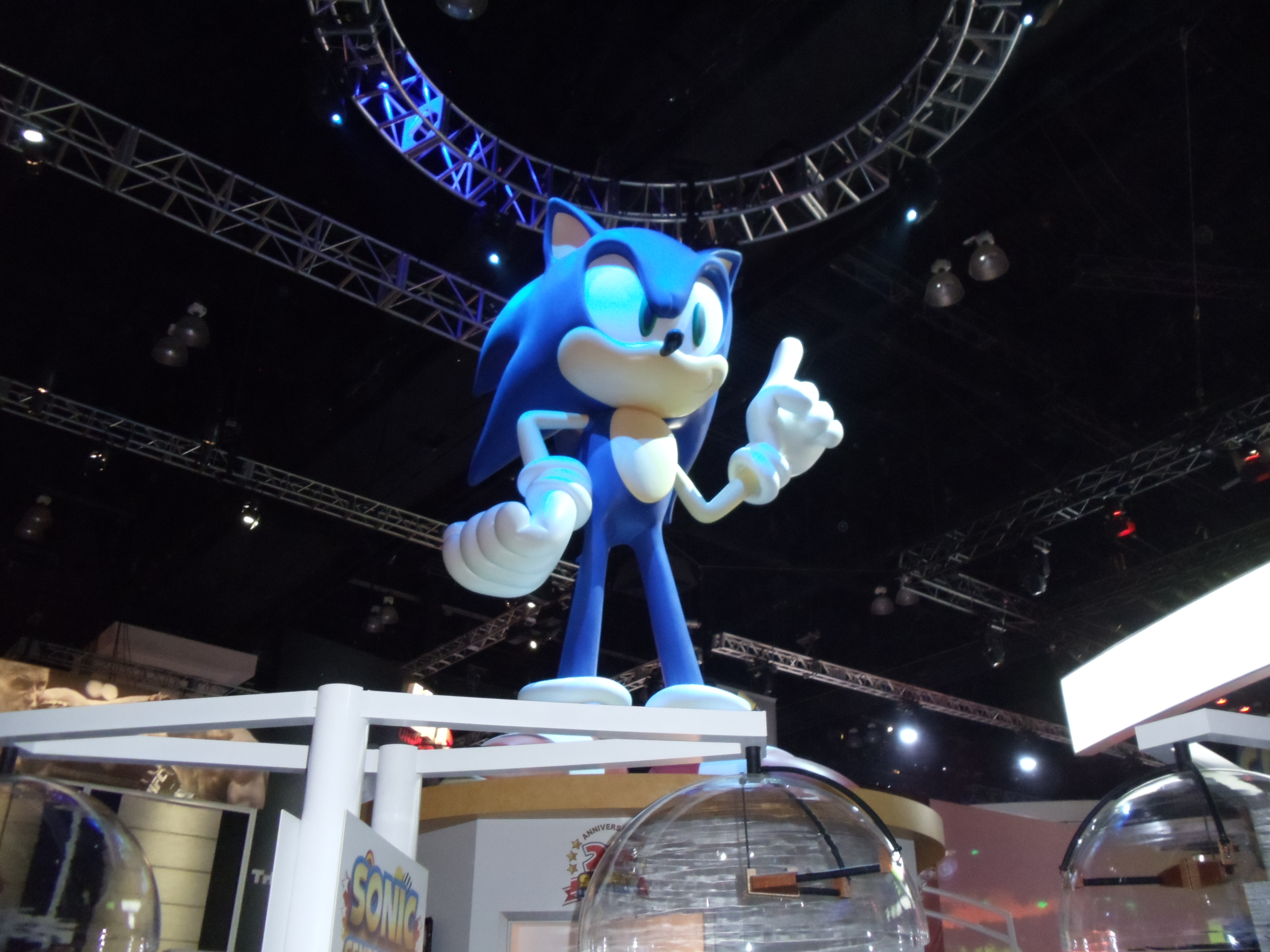 At E3's SEGA booth the majority of the attention was placed on its beloved mascot Sonic The Hedgehog. Surrounding itself with the blue one's games, toys, comics and cartoons it was clear that SEGA was going to go all out to celebrate Sonic's 20th anniversary in the gaming world. This year will see Sonic's latest adventure heading to PS3, Xbox 360 and 3DS in the form of Sonic Generations, where players will be able to play as both the current-gen Sonic and the classic-looking hedgehog.

The game's actual plot has Sonic and his friends being sent back to the past to defeat the Time Eater, a creature that's creating holes in the time-space continuum. Showcasing Sonic's twenty-year run the title will feature levels from his Genesis days to the current console era. For these levels Sonic will have the choice to play in either old-school Classic mode (2D-styled) and the current Modern mode, with either Sonic sharing the appearance of each era. At E3 SEGA had it set so players could try both modes with the first part of the Green Zone. 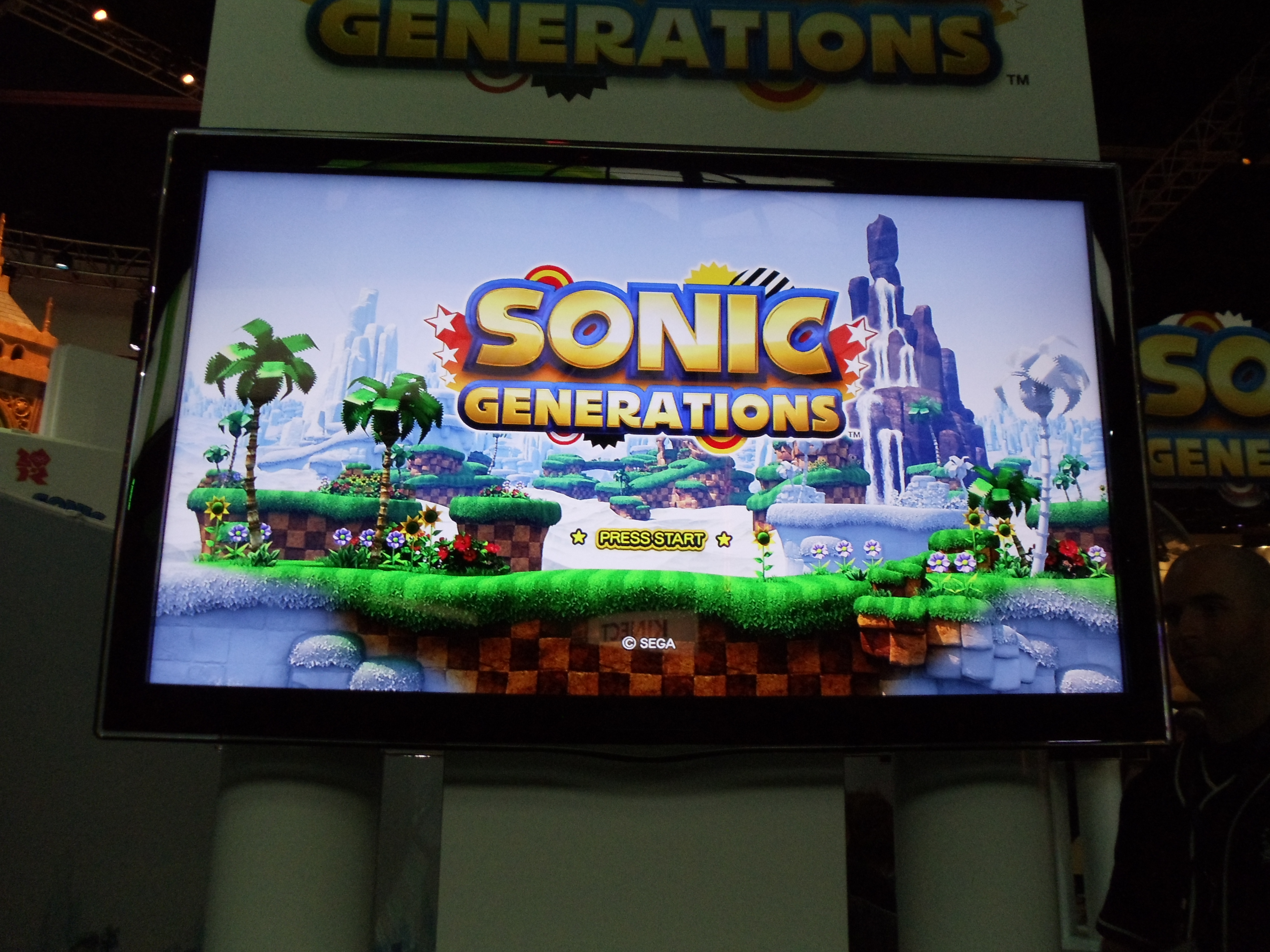 There was a slight issue with the television I was using to play Sonic Generations, as the audio was off-synch by half a second. (The people running the booth explained that it was a connection error between the TV and PS3, but nevertheless it was still frustrating.) In Classic mode the original Sonic sped through the old-school level, collecting rings and popping off robots that stood in his way. Modern mode, on the other hand, had the current-looking hedgehog battling through the Green Zone, collecting more stuff and battling some of the more current-day robots that are in the recent Sonic titles. While it was far easier (and faster) to beat the Green Zone in Classic mode the Modern version had a fair amount more of goodies.

At the time I couldn't really tell the difference graphic-wise between the PS3 visuals in Sonic Generations and those found in last year's brilliant Sonic Colors in the Wii, and while that's not a bad thing per se I am curious to see how they up the ante in regards to the overall look of the worlds. More detail can be placed into the levels, but one may want to keep Sonic's cartoonish elements intact instead of trying to go down the realism route. One other issue I had with the demo I played (which is also still in existence in the demo people can download on PS3 and Xbox 360) is the jump lag. I found that you had to pre-prepare yourself for any of the on-coming leaps that were to appear on the road ahead, a task that's nearly impossible to accomplish in Classic mode. Still with the game's set release date of November 22nd there will be plenty of time for Sonic Team to fix this small problem. 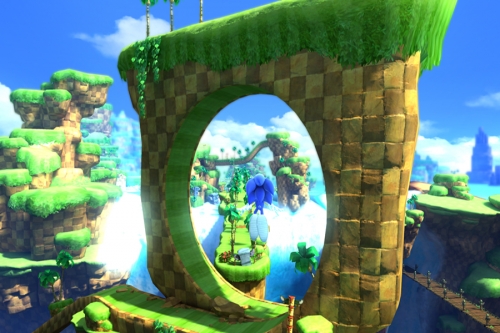 Sonic has always been close to just about every gamer's hearts, so it should come as no surprise that SEGA is gearing for one giant celebration for the blue one's two-decade anniversary. Having new gamers that have never experienced the classic way of playing Sonic is a smart and efficient way to showcase the roots of our high-topped hero with a badass attitude. Sonic Generations seems to be a good step forward after the surprisingly surreal Sonic Colors, and with more levels to be announced soon (including the recently-revealed Casino Night Zone) it would appear that Sonic will end the year with one hell of a birthday party.