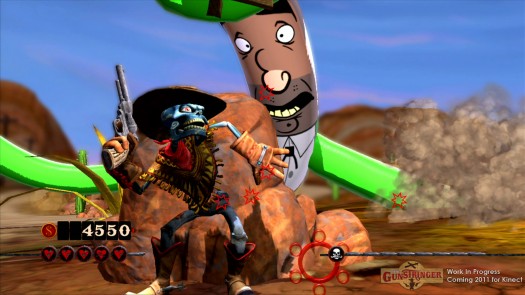 Those who are waiting to buy Twisted Pixel's next title The Gunstringer are in for a treat, as it will come with a free downloadable game.

Twisted Pixel has teamed up with Halfbrick for this special deal, where each copy of the upcoming Kinect title The Gunstringer will have a code for people to download themselves a free copy of Halfbrick's Fruit Ninja Kinect, the upcoming port of the popular iPhone game. For more information on this, check out the press release below:

The Gunstringer Retail Announcement
Get the Ultimate Kinect Bundle! A Shootin’ and Slashin’ Good Time for $39.99!

Mark your calendars for a bullet-slinging, fruit-slashing party this September because Twisted Pixel’s Kinect-enabled action shooter The Gunstringer AND the highly anticipated Fruit Ninja Kinect will be bundled together at retail for just $39.99 USD! Whether you shoot-em-up or slice-em-up, YOU are the controller in these two fun, action-packed titles. The retail bundle will be available September 13 in North America, Australia, New Zealand and Asia; and September 16 in EMEA.

In The Gunstringer, you control a fiery gun-toting marionette through his adventures, combining solo platforming and shooting mechanics into fun, competitive action with a full suite of collectibles, unlockables, abilities, rewards and more. Plus, as a special bonus to celebrate the release of The Gunstringer, players can also download a free add-on pack for the game at launch called “The Wavy Tube Man Chronicles” which pits players against the time-traveling son of Wavy Tube Man, the first boss players battle in the game. In this add-on, Wavy Tube Man Jr. steals a time machine to prevent his father’s death at the hands of The Gunstringer, and it’s up to players to battle classic western cowboys and futuristic warriors to save the world from destruction. 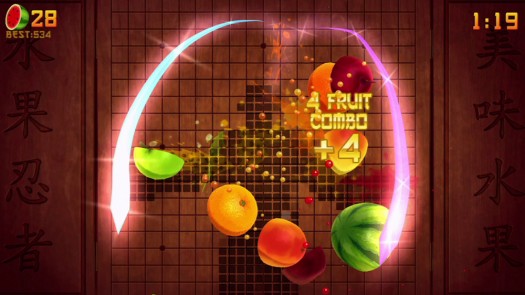 Along with the disc for The Gunstringer, the retail package will include a token code for the full downloadable version of Fruit Ninja Kinect via Xbox LIVE. Fruit Ninja Kinect is an amazing evolution of the slice-em-up genre created by Halfbrick, which brings the worldwide mobile gaming phenomenon to Kinect so you can use your arms as blades in an epic battle against the world’s most delicious produce is just beginning. Is September too long to wait to sharpen your Ninja skills? Don’t wait! Buy Fruit Ninja Kinect via Xbox LIVE Arcade for Xbox 360 on August 10 and get a jump start on your friends.

Finally, pre-order The Gunstringer from select US and European retailers today, and you’ll receive two tokens for a free Avatar Prop from the game, available exclusively through the pre-order program!

Episode CIV: The Winehouse Is On F...