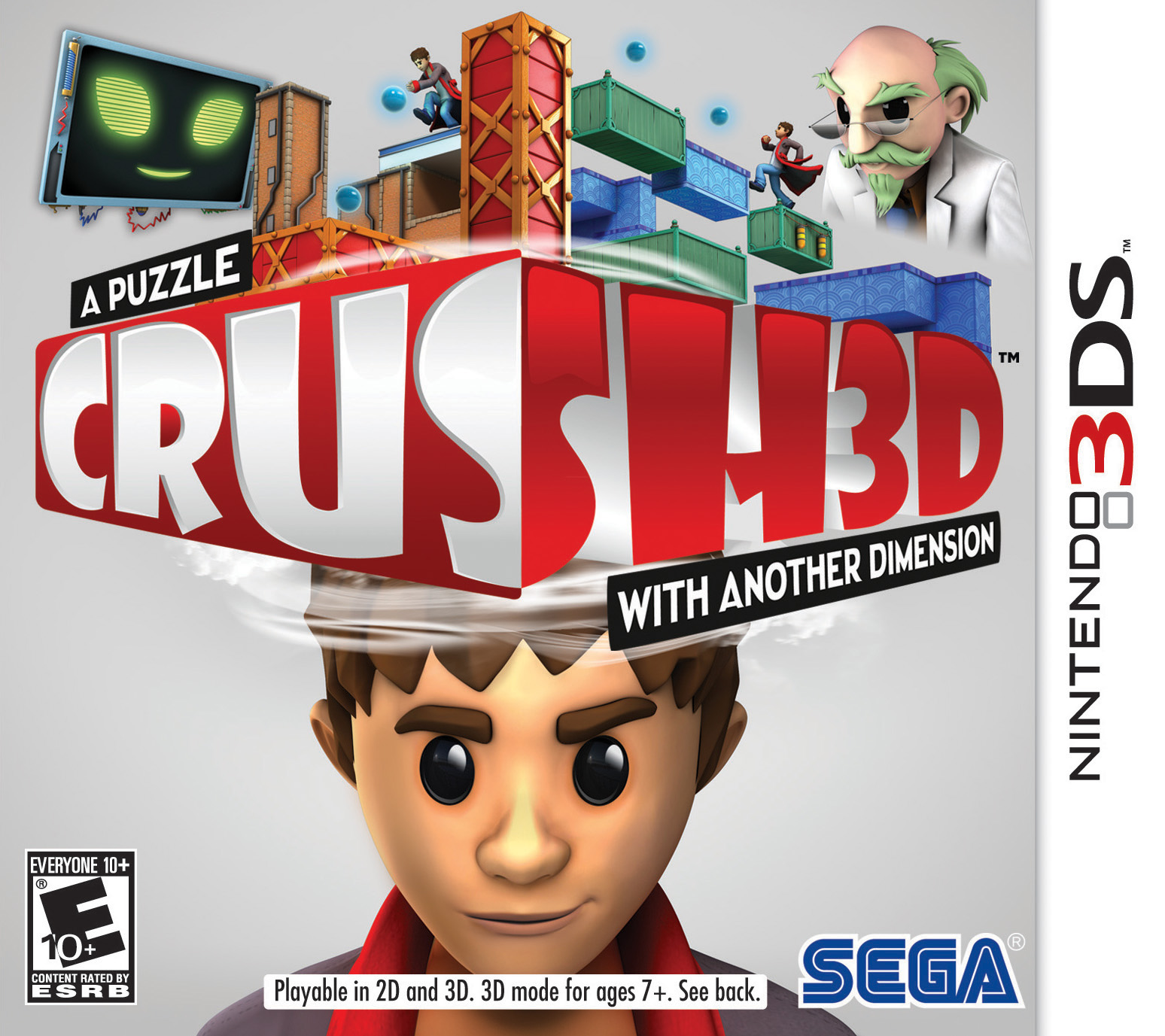 Puzzle games need a sort of uniqueness that keeps it standing out from all the other titles out there. The developers at Zoe Mode seemed to have taken that knowledge to heart with the 3DS title Crush 3D, a port of the underappreciated PSP title that takes advantage of Nintendo's handheld peripheral and gives an interesting twist on the world of side-scrollers. At E3 this year I had the chance to go hands-on with the title, leaving me giving more respect to the less-than-ordinary puzzle genre.

Like its predecessor Crush 3D follows insomniac Danny as he pieces his life together, collecting repressed memories and unlocking secrets to his childhood fears. For this game players also must switch back and forth from a 2D perspective to a 3D one in order to reach the end of each puzzle. Gamers will have to push objects out of their way, collect Danny's "lost marbles" and find hidden items that will rack up more points in the long-run. 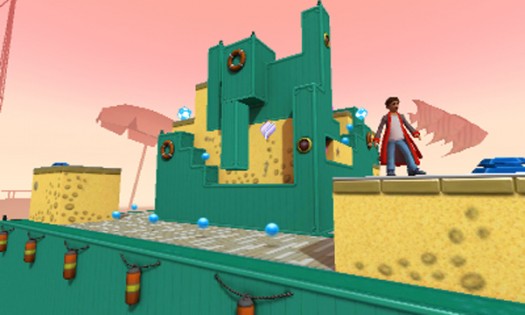 Switching between the two dimensions is known as "crushing," and it comes in handy for some of the more harder-to-reach places. Say there were a few hidden marbles behind one of the buildings, and you had no way of reaching them. By simply using the technique of "crushing" you can easily get to those marbles in the 3D aspect version of the level. Another example would be if you've found yourself between two giant gaps when in 3D mode. By "crushing" that giant gap might just disappear, and you can simply walk across without fearing for your character's life. "Crushing" will also help gamers discover hard-to-find trophies and notebooks containing lost memories, which will help Danny along regarding finding out more about his past.

The only downside about Crush 3D that I saw was its graphics. It's definitely not the best-looking title on the 3DS, looking more like a year-one Nintendo 64 title than anything else. Fortunately Crush 3D's unique gameplay helps overshadow this flaw, not to mention its good simple control scheme and challenging level layouts. Add on the hidden goodies, coherent storyline and overall replay value to find other solutions to the puzzles and you've got yourself a title that will give its players one of the most unique experiences on any handheld system. The 3D in the game is also noteworthy, with its aspects popping out at you notably when you've switched from the 2D appearance. 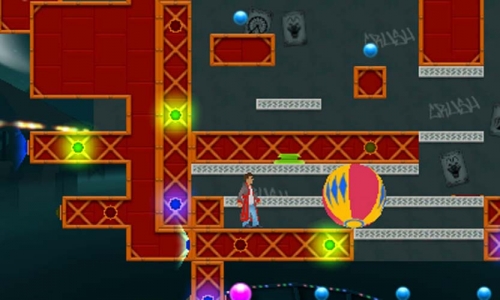 Those looking for a good mind-boggler will have to wait for the leaves to turn color to get their hands on it, as Crush 3D has been announced for an October 25th release date in America. Until then keep your eyes peeled for more info on the title as the date gets closer.