HomeVideo GamesGetting Down and Thrice "Dirt"-y! 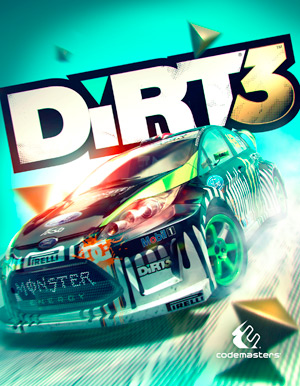 Codemasters is once again bringing on the Dirt. These guys are always on top when it comes to racing games, especially with the fact that they have brought us nothing but the most sexiest of graphics, along with the most badass racing styles to the table. After what I've seen so far in the third installment I cannot wait to get my hands on it!

It's scary how realistic the graphics are in Dirt 3. If you're confused, you might have to watch the video a couple times to realize that it's actual game footage. Codemasters have done such a great job with the graphics, and they keep upping the ante each time in the Dirt series. Believe me: I have to refrain from telling specific companies to take a look at what Codemasters have done, especially in the gaming aspect of how it feels to race the car between controller and keyboard alike. With the feeling of going from driving my truck to sitting down on my couch with either racing wheel/controller in hand the feel is just absolutely awesome. I'm all about the getting in adrenaline rush, and Codemasters have provided that in their racing games.  The other great thing about playing the Dirt series is the reality they put in the views of racing, with the set up of the usual behind-the-vehicle angle, along with the view from the front seat, giving it a feel like you're actually in the car.

My words can only do so much justice, so you'll really have to go out and get the first two Dirt games to experience the reality it showcases, then wait patiently until the end of May to play the third one. If you get the chance to stop by your local gaming store it wouldn't be a bad idea to slap down a couple bucks on this beautiful game known as Dirt 3 that will be coming out May 24th, 2011!

If you got the $240 put it down for the sweet little Ken Block Gymkhana RC Car Bundle!

P.S.: To Codemasters, if you can, bring back Grid!